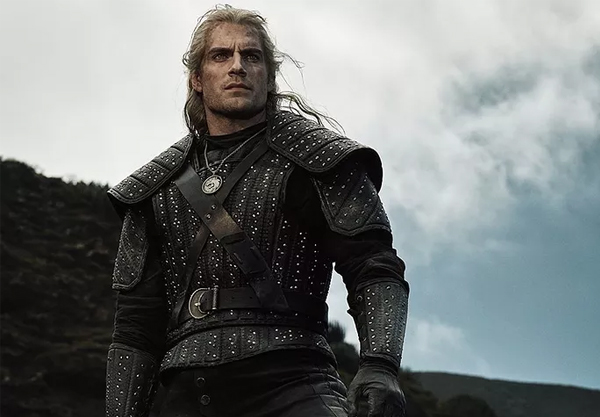 The Witcher is a hotly anticipated horror-fantasy Netflix series set to drop on the 20th of December this year. Since we certainly can’ wait that long we asked Leisl Leighton to give us 13 of her favourite paranormal TV shows and movies to help pass the time until then…

The official trailer for #TheWitcher!
The Witcher arrives 20 December. pic.twitter.com/nvq7IMuo9p

There are so many seminal movies and TV shows that have filled me with that glorious tension you can only get from the right amount of mystery with psychological thriller/suspense, but I’ve been asked to list only 13 of them, so here are the ones that most stick in my head:

I’m not a massive fan of zombie movies, but this movie ticks all the boxes because it isn’t a horror movie, but sits squarely in the spooky suspense category right from the opening sequence with the eerie Muse music. It has edge-of-your-seat tension, a great story, a few jump scares and the creepy feeling that ‘oh my god, this could really happen’ that sends shivers down your spine. I love the fact it uses Hitchcockian suspense themes rather than be the gore-fest of most zombie fare. Also, Brad Pitt is never hard to look at, especially when he’s not playing the pretty boy.

This was my teenage action/suspense movie crush – primarily because I fell in love with Michael Biehn. I know most people wouldn’t classify it as a spooky movie, but the thought that the future could keep sending assassins back to kill people in the past – that is the ultimate in spooky-making suspense that will keep you up at night, especially given how far technology has come and the way it’s interwoven into our lives. Fun action/suspense movie or apocalyptic harbinger? I’ll let you be the judge.

Another teenage action/suspense movie crush – this time because of Sigourney Weaver as Ripley. You gotta love a woman with demons who can kick arse better than anyone else, including an acid-spitting alien with double rows of teeth nastier and deadlier than a shark’s – I know I certainly do. James Cameron was a genius for putting women front and centre in their own action/suspense movies and allowing them not only to hold their own, but stomp over everyone else while doing it. Michael Biehn was also in this movie, so that’s a plus there too. And on the spooky side – did I mention homicidal aliens and enough tension and jump scares to require a possible change in attire?

The above movies can be classified as horror movies, but I don’t see them that way because they are more action/suspense than horror. The Exorcist is always seen as a horror movie, but like World War Z, the horror is not about a gore-fest and people being killed, but rather, the thought of how innocence can be so thoroughly taken over and corrupted by something insidious and unseen. This one gave me nightmares for years, the kind that work their way into your psyche and give you a creep-fest of unnerving images and feelings. And the music just layered up the spookiness. Don’t watch this one alone or at night.

5) The Day After Tomorrow

I know, not a typical ‘spooky’ movie, but it always has my son and I cuddled on the couch together under a blanket, feeling the cold and spooky sensation that this movie is a harbinger of what is to come if we don’t start looking after this planet a little better. Also, Dennis Quaid and Jake Gyllenhaal as father and son – who wouldn’t want to watch that!

I’m not talking every episode, but there were definitely episodes of Doctor Who right from when I was a child that made me shudder and be glad it was on so early and I had hours before bedtime to get rid of the fright. The one that scared my children when they were younger was the werewolf on the moors one that started Torchwood with Billy Piper and David Tennant. The ones that scared me most as a child were the ones with the giant slugs that leapt at people’s throats and poisoned them and the one where the man grew into the giant monster made out of plants. Ugh.

Clones. And more clones. And a suspense plot about eugenics and manipulating DNA that winds through the entire series, hanging like a dark cloud over everything and making the characters and the audience question what is real and what they know – seriously spooky stuff that we’re not far from making happen science-wise. No jump scares in this one and minimal action, but just a seriously good suspense/mystery that will keep the wheels turning long into the night as you try to figure out what is going on and why. And Tatiana Maslany as the main set of clones – I could watch her forever.

Sci-fi meets cop show meets time-travel meets suspense. A fascinatingly mind-bending twisty-turny plot set in the now with flashbacks to a future time that our characters come from that give hints at the sinister future that awaits us if we don’t keep a hold of technology and the corporations that own us through that technology. Dark and moody with characters you love but are not sure are good or bad and a spooky premise that can give you the shivers.

As its title suggests, this show is a reimagining of all the old dark fairytales that were a warning to stay away from strangers and keep out of the woods. Melded into a cop-procedural drama where a case is always being solved, the Grimm, a hunter of Wesen (creatures that are half-human, half-creature), is a detective who must come to terms with his ancient birthright and how it affects the cases he is solving and the people he most loves around him. All is not what it seems in this dark, well-crafted series.

Not the light and fluffy Michael J Fox version, but the reimagined dark teen drama of recent years. It explores teen issues alongside dealing with all the things that go bump in the night, and the rending of innocence through exposure to a dark underworld where learning right from wrong is not as easy as it seems. Some have called it overdramatic, but I think it’s a great representation of the way you feel as a teenager, like the world could end at any moment if you make the wrong decision – but in this show, it possibly could!

Another seminal teen drama, but this one is slightly more on the death and destruction side, where it’s much harder to distinguish good from bad – which, for me, is where the spooky in this show really shines. The cast is amazing, the growth of the characters and the issues they face rendered with a believability that makes you feel their pain and angst, topped off with a mystery to be solved and a big-bad to be faced and overcome in every season.

Dark, brooding vampire full of angst and regrets solving mysteries with a social-climbing actress with heart and a rogue demon hunter. Full of pop-culture references and quippy humour, it could be thought of as a comedy, but it is so much more. Darker, world-ending themes hover over every season and there is always the suspense of how Angel will find his way to redemption while fighting the big-bad and helping the troubled citizens of Los Angeles with help from above. Funny at times, spooky at others and always swoon worthy – David Boreanaz is the vampire of my heart.

A cross between a teen high-school show, The Lost Boys and Dracula, Buffy the Vampire Slayer is the seminal show for mixing spook and humour and coming up with total and utter brilliance that lasts the ages. One of my favourite shows of all time, this set the bar for everything that came after. Some seriously spooky moments throughout and majorly dark themes that explored human nature, the concept of change and how closely linked good deeds can be to bad. Plus, my favourite show theme of all time ending with the added spooky-fun of the Grr-Arr vampire jerking across the screen. Brilliant.