15 Thoughts I Had Watching The Premiere of The Bachelorette 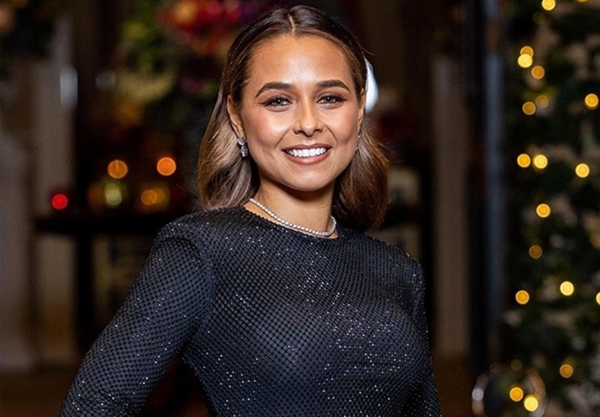 2. Pretty cool that this is Australia’s first bisexual bachelorette – this could get interesting. What will happen if the other contestants are attracted to each other?

3. Even cooler that Brooke is Indigenous, and she enters to the sound of a didgeridoo playing. Loved the Welcome to Country!

4. Brooke has been on this show twice before – first when the Honey Badger was the Bachelor and on Bachelor in Paradise where she was quite smitten with another contestant. Will it be third time lucky or is she just a sucker for punishment?

5. I’ve only seen one other season of The Bachelorette (Georgia Love’s) and Brooke reminds me a little of her. She seems determined and genuine. She’s the perfect cocktail of Girl Next Door and Siren.

6. First contestant Holly asks Brooke to slow dance with her. As if she could say no! I feel like this is such an intimate thing and I’d be super uncomfortable doing it with someone I’d only just met. Then again, this is a reality TV show, so I guess anything goes.

7. Gotta love a guy who can both rock a sparkly black and silver dinner jacket and also look totally at home on a ride-on mower. But I think what really reels Brooke in is Darvid’s passion for his Persian culture.

8. Is it just me or are half the men on this show carpenters?

9. It’s starting to feel very much like this will be a boys against girls thing, rather than each contestant vying for Brooke’s love.

10. The dresses are mostly stunning – love Emily’s soft blue tulle number. Not so sure about Carissa’s gown – there’s more of it on the floor than there is on her!

11. I wish we hadn’t seen so much slow dancing, so much tea drinking, so much wafting on about rainbows, and spent a little more time getting to know the rest of the contestants instead. The last half were seriously rushed, and I don’t feel like I know any of them.

12. For instance, what’s with the swimming togs Kirk gave to Brooke? I snorted out loud when he yanked down his trousers and showed the other contestants that he was wearing matching ones, but did he show Brooke too?

14. Move over Persian Prince Darvid, Konrad has my heart. At first, I’m unsure about him coming out in tradie clothing but I’m totally won over when he and Brooke make a ‘love seat’ together for later in the night. Besides, he has a change of clothes for later.

15. Not getting a rose during the rose ceremony is like being the last to be picked for a school sports team, only much worse because you’re on national TV.

Who I think Brooke will choose? I have no freaking idea!! It’s only day one

About the author: Rachael Johns