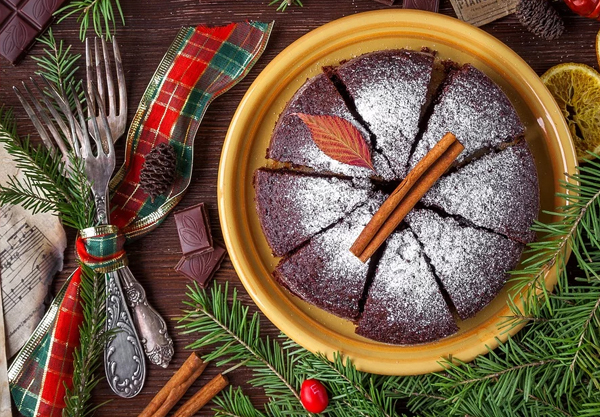 Caleb was reminded of Christmas before the war. On Christmas Eve, he and his siblings would decorate a small fir tree, cut from a nearby wood with little candles and paper chains. Their Quaker father may have disapproved of the pagan nonsense but he never stopped them. Above everything else Nathan Hunt had valued his family’s happiness.

There were no fir trees in Maiden’s Creek and his brother and sister and his parents were all dead. The knife twisted in his heart and he wanted to roll over and continue to wallow in his loneliness, but the eagerness in the boy’s expression pricked his conscience. He hauled himself off the bed. Better to keep busy. It kept the dark thoughts at bay.

Danny had laid out strips of bright coloured paper, glue and scissors on the parlour and a scrubby branch of a eucalypt had been planted in dirt in a bucket beside the fireplace. Three small presents neatly wrapped in string and brown paper had already been placed beneath the makeshift Christmas tree…

In writing The Postmistress, I was reminded of the different experiences of Christmas around the world. For those transplanted to countries far away from their childhood homes, it is a time of year that can be quite dislocating, particularly for those who associate Christmas with the depths of winter, not the height of summer. I know when I lived in Singapore, Christmas took on a surreal aura in the high humidity, as snowy pageants and the traditional trappings of a Christmas in much cooler times and places filled the stores. In one mall, an entire forest of leafless trees decorated with soapy ‘snowflakes’ was nicknamed the ‘nuclear winter’ by my youngest son.

So here we are again with our Antipodean Christmas just around the corner with its odd blend of old English traditions (Christmas pudding) and the new (fresh prawns on the barbie) and it is a reminder that it has always been a strangely adaptable feast day – pagan, Christian and secular in form and substance.

As I am a writer of historical fiction, I would love to share some facts about Christmas past that may amuse you.

1.Christmas was banned during the period of the English War (and no, it wasn’t Cromwell’s idea!).

The ordinance banning Christmas, Whitsun and Easter was passed in 1647 by the puritan-controlled parliament. Puritans believed worship and devotion should be pure – not contaminated with feasting and frivolity. It remained banned, with heavy punishments imposed on anyone who disobeyed, until well after the Restoration when William Winstanley actively campaigned to make Christmas a time for helping the poor. He wrote about the reinstitution of old traditions such as the singing of carols and feasts of mince pies and plum puddings, but it was really not until 1680 that Christmas, as we know it, returned.

2. The first Christmas tree in England was not introduced by Prince Albert.

It was a German tradition, allegedly dating back to the 1500s and Martin Luther who, it is said, on wandering through a pine forest was struck by the beauty of the stars twinkling through the branches of the firs. The decorating of boughs of trees (predominantly yews) was well established in Germany by the time George III married Charlotte of Mecklenburg. Charlotte brought with her the tradition of decorating a yew branch every Christmas. In 1800 she expanded this to an entire potted and decorated yew tree for a children’s party in Windsor. Having set a new fashion, decorated trees became all the rage among the gentry for children’s parties, using any old evergreen tree they found in the grounds. Albert’s contribution in 1840 was to import spruce firs from Germany and once the 19th-century social media, the periodicals such as the Illustrated London News, began reporting in detail on these royal trees, they became popular in the homes of the middle and lower classes.

I remember my father stringing up cards from around the world in our living room. These days I am as guilty as anyone of resorting to quick and easy emailed greetings! Sir Henry Cole, in 1843 the assistant keeper of the Public Record Office (which became the Post Office), had the idea of sending a cheerful card at Christmas time to boost the usage of the new postal system by the common people. With a friend he designed the first Christmas card which was sold for a shilling.

A day of rest, recovery, leftovers and cricket, or at least it is in our house. The 26th of December is St Stephens Day – a saint known for his charity (viz Good King Wenceslas). The origin of the term dates back to the days the churches broke open their alms boxes and distributed the contents, collected during the Advent season, to the poor. Alternatively it was the day the lord of the manor gave his workers a day off and a box of presents (and money) as a reward for their hard work. It is not a public holiday celebrated worldwide and in Singapore everyone was back at work on the 26th!

No one knows when Jesus of Nazareth was born and, in fact, the evidence in the Bible itself points to a birth date more likely to be in autumn, coinciding with the Jewish feast of Sukkot (Feast of the Tabernacles) or in spring (Passover) when the population tended to be on the move, leaving no room at the inn. There could be any number of reasons why the 25th was chosen as it was first recorded in the fourth century – proximity to the winter solstice, the Roman feast of Saturnalia or the Jewish feast of Hanukkah? It may originally have been celebrated on 6 January, which we now know as Epiphany, but the change from the Julian to the Gregorian calendar shifted it back to the 25th of December. The Orthodox Church still celebrates Christmas on the 7th of January.

So there we go … five totally unrelated facts about Christmas. I wish you and your family a safe and happy Christmas and holiday season and enjoy my family’s traditional (17th century) Christmas Pudding (makes one huge pudding – you can fiddle with the proportions for a smaller pud)

Australian author Alison Stuart began her writing journey halfway up a tree in the school playground with a notebook and a dream. Her father’s passion for history and her husband’s love of adventure and the Australian bush led to a desire to tell stories of Australia’s past.

An Aussie Christmas is an epic affair. Scorching summer days, Christmas t-shirts and thongs instead of jumpers. BBQ and seafood…Read more