One pack, one coven, a destiny intertwined...

Five hundred years ago, facing extinction, a group of powerful witches united to create a pact with the Were to save witch–kind. The pact expelled an ancient evil, known only as the Darkness, that was blocking the Were from their wolves. With the Darkness destroyed, the Packs and their Covens grew strong as they thrived beside each other in their brand–new world.

But the Darkness was not destroyed.

Shifter–Witch Eloise O'Brien has betrayed her Coven and almost killed her brother to save the Were Pack she'd infiltrated as a spy. Now living with the Were she once feared and hated, she learns the truth of who she really is–the prophesied Nexus. A witch of unspeakable power, she must make a choice between the light and the dark, between Iain McShane, the Lone Wolf she is coming to love, and her once beloved brother and Coven who are now working for the Darkness. 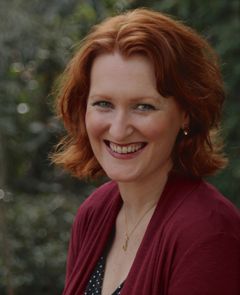 Leisl is a tall red head with an overly large imagination. As a child, she identified strongly with Anne of Green Gables. A voracious reader and a born performer, it came as no surprise to anyone when she did a double major in English Literature and Drama for her BA, then went on to a career as an actor, singer and dancer, as well as script writer, stage manager and musical director for cabaret and theatre restaurants (one of which she co-owned and ran for six years).After starting a family, Leisl stopped performing and instead, began writing the stories that...
View author profile