A past kiss…a happy ever after? Read a sneak peek from Starting Over with the Single Dad by Tina Beckett 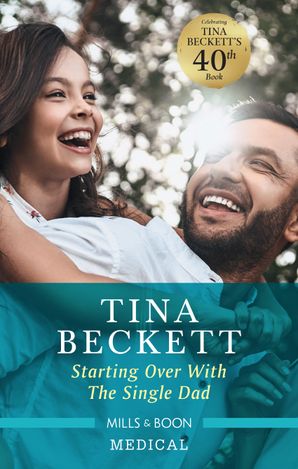 Starting Over with the Single Dad 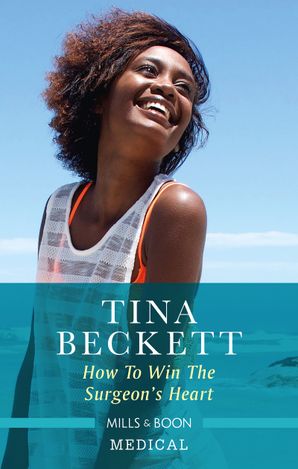 How to Win the Surgeon's Heart 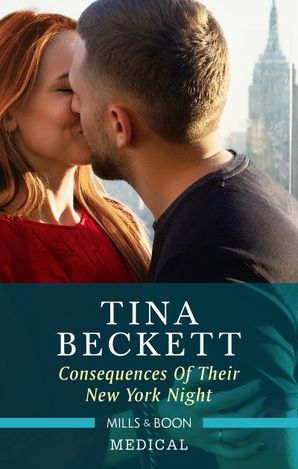 Consequences of Their New York Night 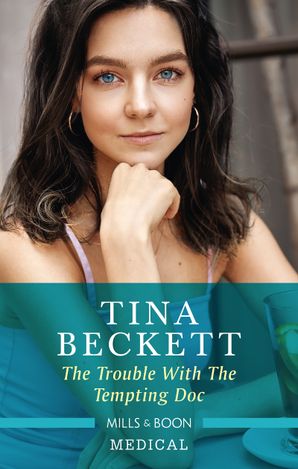 The Trouble with the Tempting Doc 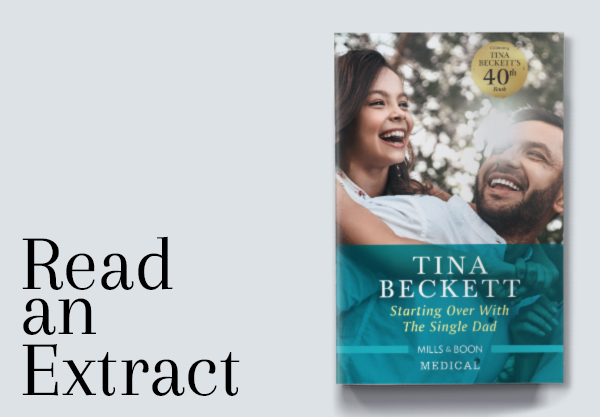 A past kiss…a happy ever after?

For ex-Army Surgeon Mysti, a return to Forgotten Point was not on the cards…until a tragic accident whilst on duty leads her home. Her physical wounds may have healed, but it’s the invisible scars that remain. So the last thing that Mysti needs is to bump into Dr Jesse: her unexpected new colleague and the one that got away. Now, Jesse’s a single dad with his own hidden pain. Can they heal — together?

Fifteen years ago
THE KISS CAME out of nowhere. And Lord, it was so incredibly heady. Decadent, even. Her lips clung to his warm mouth in desperation, her heart pounding in her chest. And Mysti North couldn’t get enough.

She’d never dreamed her goodbye news would get this kind of a reaction from her childhood friend. But things had changed between them recently, and she couldn’t stay in town with the way things were now.

The rain pounded down on the car and thunder cracked around them, but it couldn’t reach inside and stop what was happening.

Mysti’s arms slid around his neck, and a tiny sound emerged from her throat before she could stop it. Jesse’s reaction was immediate. He pulled her even closer, tongue edging forward to meet hers and tangle with it. Her world changed colors for several heart-stopping seconds.

The boy next door had morphed into a hunky high school quarterback four years ago, and suddenly girls had flocked around him. Including her best friend, Kandid. And Kandid was everything Mysti wasn’t. Beautiful, poised, a cheerleader and confident in her own feminine powers of attraction, she’d set her sights on Jesse almost immediately after Mysti had confided in her friend about her own crush on him, and of course she’d emerged the victor. He and Kandid had been dating for several months now, her friend regaling Mysti with stories of their intimate talks about the future. Which included children.

Mysti had never even dreamed she might have a chance with him herself. Until this very moment.

Jesse had had to stop the car when the rain turned torrential, the weather reports of flash floods holding true as water rushed across the small bridge that led into their hometown. He’d said he didn’t dare cross that line and risk the consequences.

But he had dared to cross another kind of line—by kissing her. And it had brought the smoldering spark of hope inside her blazing back to life.

He’d offered to give her a ride home from the last game of their high school careers to save her mom from making the trip in the rain. And as she’d thrown her clarinet into the back seat, she’d decided that this was her chance to say a private goodbye to him. In person. Without the crowd that normally revolved around him. She’d already talked to a local army recruiter about her options and they, at least, seemed eager to have her.

So when he’d pulled over, she’d turned to him, clutching her hands in her lap and willing herself to make this final break. To give herself permission to walk away from her role of standing on the sidelines with the rest of Jesse’s adoring public and find out what life held for her outside this town. Life without Jesse.

What she hadn’t expected was the look that had crossed his face when she’d told him about her decision to join the army. “You’re leaving Forgotten Point?”

“I am. I don’t think this town holds much in the way of a future for me.”

Especially not when all she could foresee was Jesse marrying Kandid and then forever having to meet him with a band on his finger that marked him as someone else’s. Her friend’s husband. But, God, how could she move away and leave him behind? He’d been a constant in her childhood, and to imagine him with anyone else hurt her beyond all imagining…

Except she’d never even dreamed of him staring at her like he had after she’d told him of her decision. But when he’d suddenly reached for her, she’d responded immediately, all of her repressed feelings flaring to life in an instant. She could call that recruiter and tell him she was no longer interested, couldn’t she?

His fingers toyed with top button on her white shirt, and she sensed more than felt his hesitation. As if he were contemplating what going any further than this might mean.

Do it, Jesse. Please! Choose me.

Just then something seared the backs of her eyelids and she jerked them open, finding that another car had pulled up beside them, blue lights flashing. Jesse reeled back in his seat, shock and horror clearly written across his face.

Had he forgotten who he was kissing? Had he pictured Kandid sitting here with him, instead of her?

She recognized one of the town’s patrol cars. The door opened and out stepped Andy McGee, a flashlight in his hand. He came around to Jesse’s window and used the torch to tap on it, rain streaming over the plastic that covered his hat and plopping onto his rainproof slicker. Jesse’s eyes closed for a second before he seemed to straighten in his seat.

As he rolled down his window, bile crawled up Mysti’s throat, and she waited for the lecture she was sure was coming. All she wanted to do right now was get out of this car and run into her bedroom. So much for hoping that Jesse had finally understood he was supposed to be with her, rather than Kandid.

“You kids aren’t thinking of drivin’ ’cross that bridge, now, are you?”

“No sir. I was just waiting for the rain to slow.”

Andy leaned down farther to peer in at Mysti, and she wrapped her arms around her middle, suddenly freezing cold, although it had to be close to eighty degrees outside. Her eyes met Andy’s for a second before skipping away again.

“Your folks know where you are, Mysti?”

“Yes, sir. Jess was just giving me a ride home. Then the rain struck and…”

“Got it.” He tapped the side of the car. “It’s dangerous sitting here like this, and the rain is only just starting to let up. I’ll lead you back to Forgotten Point another way and get you home safe.”

Home. She suddenly realized this was not her home. Not anymore.

Jesse waited until Andy got back into his vehicle, and then turned and pulled out behind the patrol car.

He glanced at her quickly, the appalled look in his eyes making her cringe inside. “Damn it, Myst. I am so sorry. Your friendship means more to me than anything. My dad…hell, I hope you know I would never even think of—”

“Don’t say it.” She forced herself to stop him as an almost overwhelming pain burst through her. Jesse’s dad had cheated on his mom over and over, then abandoned his family, leaving his son to do his best to hold things together. The fact that he could even think he was anything like that horrible man…

She forced herself to continue, the shakiness of her words making her close her eyes briefly to try to pull herself together. “You are nothing like your father, Jess. Let’s just pretend none of this ever happened, okay?”

Easier said than done. She had a feeling she was going to relive this kiss for many years to come. It had been good. So very good. The kind of kiss she’d dreamed of happening between her and Jesse. Had often prayed for. But not like this. Not with the feelings of guilt it would carry with it. As much as she’d hated that Kandid was dating Jesse, her friend couldn’t help who she fell in love with. Everyone loved Jesse.

But no more. She wasn’t going to sit around this small town and let her sadness fester until she became a bitter shell of a person. If she could do some good in this world she was going to take the opportunity. And right now, the army seemed like the perfect place to do that.

Her stomach clenched hard as she braced herself for what she knew was coming as they wound their way through country roads that led into Forgotten Point. Jesse didn’t say anything else until he pulled up in front of Mysti’s house.

She didn’t want him to try to apologize again, so she yanked on the door handle, and the mechanism made a snapping sound that jarred her to the core. Then, before she opened the door, she heaved down a breath and prayed for the courage to make this final break. Turning to look at him, his haunted gaze made her throat ache with unshed tears.

But right here, right now, she was drawing her own line in the sand. Jesse belonged to someone else. He was on one side of that line, and she was on the other.

He wasn’t, and nor would he ever be…hers.

Available in store and online from the 15th of September