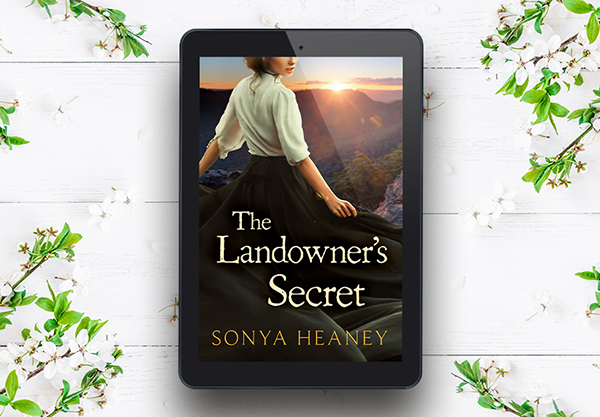 I wrote a Cinderella story by accident.

Alice Ryan, my heroine in The Landowner’s Secret, isn’t just down on her luck; it’s far worse than that. She wakes to the shouts of unfamiliar men surrounding her cottage, and has to flee in the middle of the night. Before Prince Charming – or, in this case, estate owner Robert Farrer – can sweep her off her feet, Alice has to save herself.

No, my heroine isn’t a slave to her cruel stepsisters and there’s no dreamy chateau waiting for her on the other side of the bush, but she does have to work hard to keep a roof over her family’s head. That corrugated iron roof leaks, her brother’s a petty criminal, and the ‘castle’ down the road is a sheep station. My hero isn’t a prince, but a landowner with a dream of turning his estate into a vineyard.

It’s common these days for people to think of Cinderella as being a bit dependent and weak, but I’d argue that there are a lot of Cinderellas out there, past and present, who were rescued on their own terms.

Where would Ross Poldark and Nampara be without Demelza to run the show? And how about Elizabeth Bennet, who went as far as rejecting her Prince Charming’s offer of marriage the first time he made it? Mr Darcy – who was not exactly charming at the outset – had to prove himself to be more than a rich man with a big house before Lizzy was interested.

Not all Cinderellas are women. What about farm boy Westley in The Princess Bride? What would Buttercup have done without him? He might be poor, but someone had to climb the Cliffs of Insanity and wrestle with Rodents of Unusual Size before absconding from the castle with the princess.

It took until after The Landowner’s Secret was completed that I realised I’d written a fairy tale. A very Australian fairy tale, mind you, with gum trees and spiders and a smattering of kangaroos, but a fairy tale all the same. That’s what happens when your heroine refuses to allow herself to be saved.

Most importantly, the best Cinderellas – male or female – bring something to their Prince or Princess Charming’s life that nobody else can. They bring about change. Without Lizzy, Mr Darcy would still be as stuffy and standoffish as he was at that first assembly room ball. And there’s no doubt that without Westley, Buttercup would still be ordering people around like a troop commander.

Alice Ryan isn’t interested in becoming part of the Farrer family unless she can bring something of her own to the situation. And, considering the life she’s lived so far, she’s willing to try her hand at anything. Gardening? Of course. Wielding a cricket bat in ways it was never designed to be used? Naturally. Solving the mystery of where the bushrangers will strike next – even if it means boring herself silly learning Latin in the process? A girl’s gotta to do what a girl’s gotta to do!

I’d argue that Robert Farrer didn’t know what hit him when Alice burst into his world. However, his life is definitely all the better for it.

‘You shall go to the ball!’ …with these three Christmas Cinderella stories! In Sophia James’s Christmas With The Earl, usually…Read more

Sonya Heaney’s upcoming book The Artists’s Secret revolves around the story of Peter Rowe, who moves from the city to…Read more