Best Backstage Romances In The Theatre 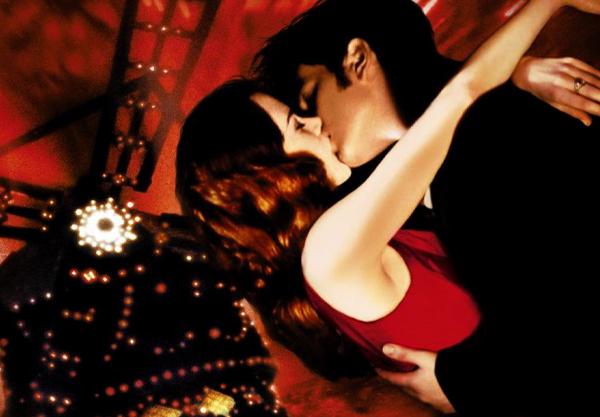 There’s something enchanting about the creative world of the theatre. From the pursuit of art, to the buildings themselves filled with endless dark, tight corners to squeeze into – perfect for love to flourish (or maybe just a little tryst). We’ve picked five of our favourite stage shows to prove that sometimes there’s more love & war off-stage than on.

Tom Stoppard’s insightful play-within-a-play takes a long hard look at the complexities of love and its power to endure. In Stoppard’s hands this tricky, twisty tale is more like the mind-bending film ‘Inception’ but about the ever-changing dynamics of love. As two married couples work together on a play, aptly titled ‘House of Cards’, things get messy as loves get tested. It’s no wonder it’s considered to be one of the greatest plays ever written!

Most romantic quote: “I love love. I love having a lover and being one. The insularity of passion. I love it. I love the way it blurs the distinction between everyone who isn’t one’s lover.”

Fall in love with love itself… Quick, quirky and irreverent, The Real Thing is Tom Stoppard at his dazzling best. Don’t miss this hugely entertaining modern classic about love, life and the pain of infidelity. 📸: Rene Vaile #STCTheRealThing #sydneytheatreco @geraldinehakewill @mrjohnnycarr

Book by John Logan, based on the film by Baz Luhrmann & Craig Pearce

When they took Baz Luhrmann’s blockbuster film and turned it into a Broadway show, the velvet-gloved romance only got grander. While young writer, Sebastian, falls for his leading lady, Satine, they must keep their affair hidden from their investor/producer The Duke who wants Satine for himself. Surrounded by the luxuriously over-the-top surroundings of Paris’s infamous Moulin Rouge and filled with the best love-songs ever written, it’s an epic tale of love & loss… come what may!

Most romantic quote: “The greatest thing you’ll ever learn is just to love and be loved in return.”

The Phantom of the Opera.

Music by Andrew Lloyd Webber, lyrics by Charles Hart, and a book by Lloyd Webber and Richard Stilgoe.

Most romantic quote: “Love me – that’s all I ask of you.”

Michael Frayn’s slapstick hit gives us life behind-the-scenes of a touring theatre company. From backstage spats between on-stage couples, to the longing lives of the stagehands who keep the show (barely) running. All the while, the director struggles to keep the drama (and his trousers) in the wings.

Shakespeare’s ‘Taming of the Shrew’ has one of theatre’s sharpest & most controversial love affairs, between Petruchio and the quick-witted Katherina. Adding backstage romance and one of the all-time-great scores by Cole Porter, ‘Kiss Me Kate’ brings us the best of both worlds – an onstage romance for the ages, and backstage love to go with it.

Most romantic quote: “When Lilli gets here, start with a love song: “So in Love.” She’s a pushover for a sentimental lyric.”

It’s not everyday you watch a production of Peter Pan and hope Wendy ends up with the Crocodile! In the midst of the mayhem of a Christmas performance gone wrong (by the inept and accident-prone Cornley Polytechnic Drama Society), audiences were delighted by the revelation that the bumbling Max (playing the crocodile) was in love with the show’s leading lady. When his passion is awkwardly outed, Max takes it on himself to rescue the show’s Wendy from catastrophe, and her boyfriend who happens to be playing Peter Pan.

We can't wait to ROLL out on tour later this year! Max is already ahead of us… Who's joining us for a bit of @pangoeswrong magic…and mischief? #GoesWrong

Love theatrical romance? Check out One From the Heart