Cafe Nix – Cover Reveal and ALL the information!

A day in the life of a famous café.
A chapter in the life of favourite characters.
A story about how life can get in the way of love.
14 Authors – 15 Happy Endings

Long distance relationships don’t work
Nix Sutherland is at a crossroads. She loves running the family business, the famous Sydney Harbourside Cafe Nix, and she also loves Linc, whose vet practice is in Melbourne.

After months of jumping on planes and swapping cities, both of them too stressed and tried to enjoy being together, it’s all come to a head. In the middle of a typically busy day at the cafe that includes everything from broken hearts to breaking waters, cops to canoodling couples, Nix realises that loving the cafe means giving up Linc.

Meet Nix and characters from the novels of favourite Escape Publishing authors in fresh original shorts, and experience a day in the life of Cafe Nix. 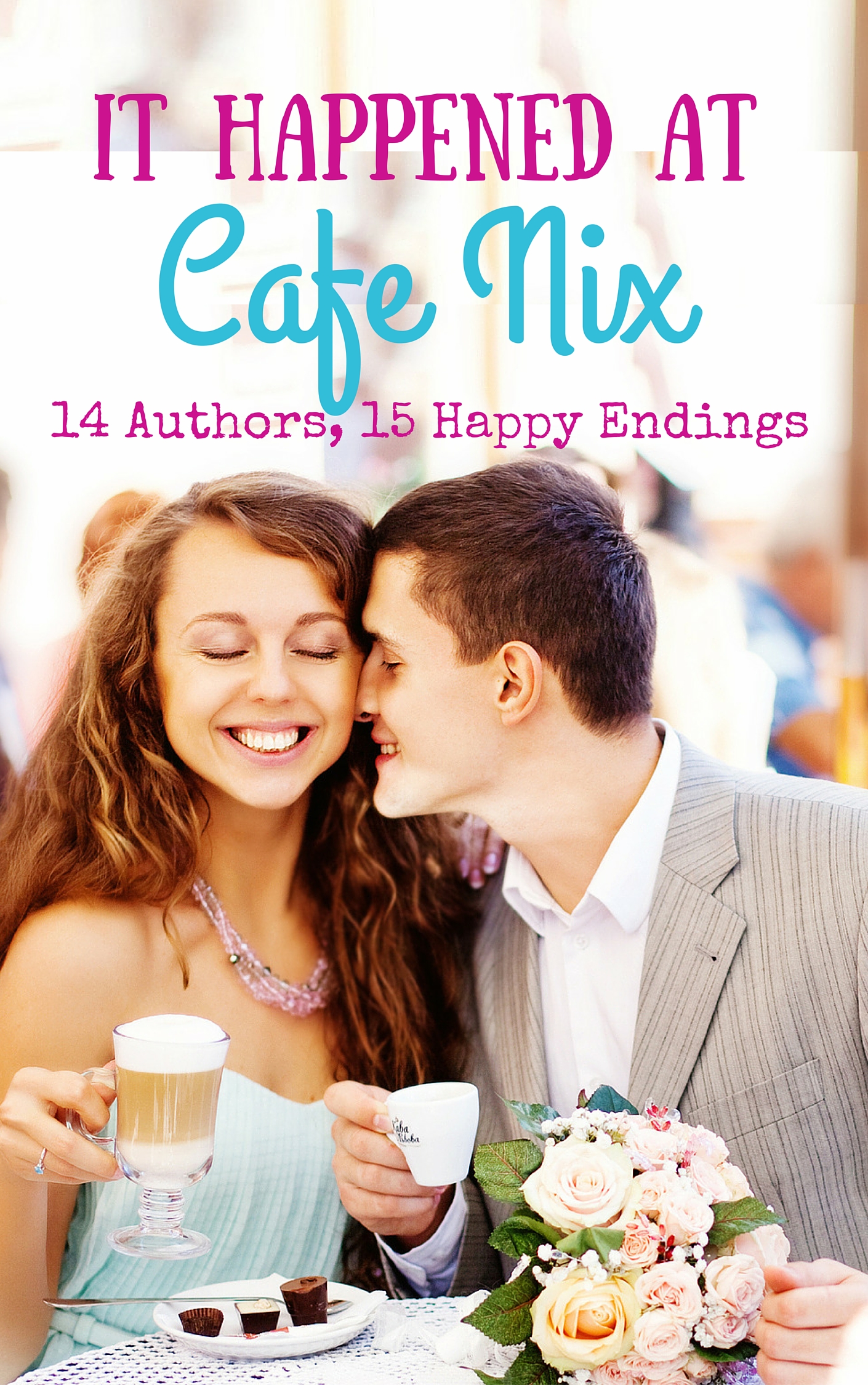 What is Café Nix?
Café Nix is a hot whipped-milk beverage, a hearty meal, a naughty dessert.  It’s footsy and feeling lonely and wanting to be with that special someone.  It’s the stuff of life and love crammed into a free 50,000 word novel.

More practically it’s a collaboration between 14 Escape authors to bring readers epilogues, extra scenes, and all new material featuring favourite characters.
Each chapter is an original short story of its own, dropping you straight back into the lives of characters already let loose in the world in previously or soon to be published Escape books.

And Cafe Nix is the common setting for these characters to have their HEA all over again.
You can browse the menu, order up a single chapter from your favourite author or gorge yourself on the lot.

Who is Nix?
In addition, there’s the 5000 word story of Nix who has returned to Sydney to run her family’s famous café which means leaving her boyfriend Linc, behind in Melbourne.
Nix is caught between two worlds.  She loves the café and she loves Linc, but having both of them in her life is proving difficult.  Something has to give, but what or who will it be and can Nix have her cafe and her love life too?

Who will we meet at Café Nix?
Apart from Nix and the café staff, and Henry Jesus, you’ll come across Kate and Jamie (12 Days at Silver Bells House), Detective Mark Johnson and Lily (Under Cover of Dark), Nick and Pam (Bound by His Desire), Samantha and Nick (Risky Business), Dean and Talli (Christmas Wishes), Ella and Craig (Driving in Neutral), Erica and Nathan (The Holiday Survival Guide), Sam and Cooper (Deep Diving) and Lola and Wayne (Lingerie for Felons), among others.

Where can you get It Happened at Café Nix?
It will be released on Wattpad on April 2 and later will be available as a complete volume through Smashwords.