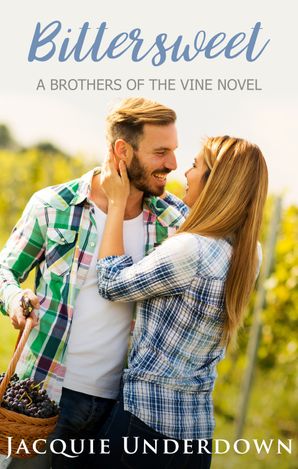 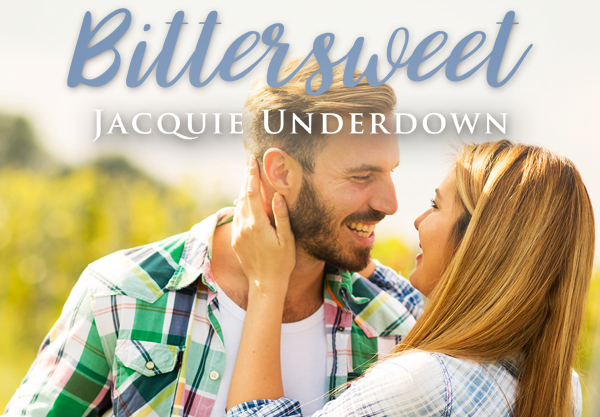 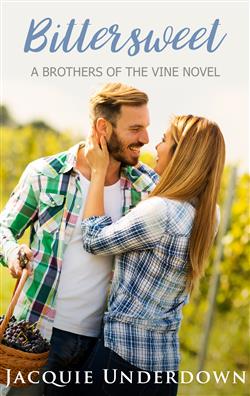 A vineyard, a family in pain, and the healing magic of cupcakes…

The two old timber doors of the cellar, which sat under the high point of the curved overpass, were painted with the same green paint Dad had chosen when he first bought this place. Though it was flaking with age.

Amy narrowed her eyes at Tom, then peered back at the doors. ‘Is that a cellar in there?’

‘Does it go underground?’

He nodded. ‘Best way to achieve the perfect temperatures, which is essential to storing wine for long periods. How good a cellar is, determines the quality of a winery.’

Tom unlocked the big metal padlocks, pushed the heavy doors open, and they went inside. The familiar scent of earth and must, a little like mushrooms, hit him.

The cellar was darker than black. He felt along the cold wall for the switch and turned the lights on. They flickered to life, dimly illuminating the giant space, which possessed more qualities of a cave than a room, though the floor and the walls were made of stone.

Amy followed closely by Tom’s side as he led her through the short maze of rooms connected by archways, passing rows of barrels and a tasting room.

Deep into the cellar, where the air grew still and cool, their surroundings dim, was an enormous room lined with big wire racks filled with bottle after bottle of wine, all sitting on their side. Black cellar mould coated the layers of bottles and walls. A wet-rock smell was thick in the air.

Amy narrowed her eyes at Tom, grinning sceptically. ‘What the …?’

Tom laughed. ‘That’s most peoples’ first reaction.’ He went to a rather thick mound of fungus and smelled it. Best scent in the world, like a bag of mushrooms. ‘Touch it,’ he said.

Amy pressed her finger to the spongy substance.

‘This cellar has its own climate. Eleven degrees in the summer or winter. The bottles of wine let out vapours and this mould forms keeping the air clean. We are so proud of it.’

Amy giggled. ‘I never could have believed this would be a source of pride.’

Tom chuckled. ‘I know. But it’s so very important. And it changes depending on the time of year. Sometimes it’s white like a cotton ball. If you’ve got a cellar with this,’ he said touching the black mould again, ‘you’ve got perfect conditions for storing wine.’

He went to a stack of bottles and pulled out a dusty one from on top, turning it upright and rubbing the muck from the label. A long slender mushroom grew out from the cork. ‘This was from the very first year at the vineyard. The year Mitch was born.’

‘And it tastes good?’

His grin was smug. ‘Unbelievable flavour profile. But this wine was intended to be aged. A dream my dad had over thirty years ago.’

‘This is all so incredible.’ She gestured to the rows of bottles. ‘Magical almost.’

Magical was the perfect description. When he was a child, he always volunteered to come here with Dad, and they’d spend hours turning each bottle a quarter of a turn. He’d never known why he’d loved it so much, but Amy was right.

He peered around at all the years of hard work. ‘Dad was so proud of this cellar. I am too. This is Dad’s legacy. This is where it all began. And it’s his gift to my brothers and me …’ he trailed off and stared at his feet as an unexpected lump of emotion formed in his throat.

He shook his head, but sadness was brimming in his eyes. He could not believe how emotional this was making him. But the sentimentality in this place was overflowing, especially after a day like today.

‘What is it?’ she persisted.

‘Why would I ever want to distance myself from this legacy?’

‘What an idiot I’ve been. I was given the biggest gift, a gift people would kill for, and I’m throwing it away. God, how egotistical … selfish …’

Emotions brewed in his heart—for the decisions he’d made, for the time he wasted, and for being so damn complacent—painful as it worked through him and exposed him for the fool he’d been.

Just because he hadn’t birthed this dream, instead inherited it, didn’t make it any less special. It didn’t mean he couldn’t make this dream his own.

Bittersweet is coming in January 2018. Pre-order your copy now!