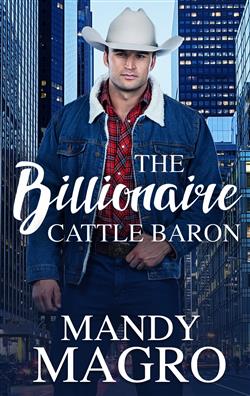 She looked back at him, her eyes now filled with wanton hunger. Silence fell and the atmosphere inside their bubble filled with spark and sizzle, heat and desire. She wanted him just as much as he wanted her. This was hazardous territory. The intensity of his yearning was different with other women. If he got this exquisite creature back to his suite, he would never want to let her go.

‘Well, I better grab a table before they all go. This is a popular place on the weekends … as you can see.’ Her voice was shaky, a little breathless, as she seized his gaze with her own. ‘And I’m ravenous.’

Her last word was emphasised, as her eyes remained transfixed to his for that moment too long, as though she was directing it to him, suggesting she was hungry for him. Was she? His eyes fell to her chest as he noted her breathing quicken. ‘I’ll bring your drink over to you. Or you can join me at my table, if you like.’

Before the goddess could answer, the spritely French waiter buzzed to their side with a cloth. Their sensual bubble burst. Blake wanted to tell him to bugger off, but held his tongue. Manners cost nothing. The waiter acknowledged them with a smile and in what felt like mere seconds had mopped the cocktail up. Standing as though he had been sitting on a thorn, he addressed them with a nod. ‘Can I be of any more assistance madam and monsieur?’ His eyebrows were raised so high they almost disappeared over his balding hairline.

‘No, but thank you,’ Blake replied before turning his attention back to his stunning captor. He waited patiently for her acceptance of his offer as the waiter sped off in the opposite direction.

She brought her eyes to his, and this time the look of wantonness had faded, replaced by apprehension. His heart sunk. He wanted her to trust him. Desperately. Why? He hadn’t a fucking clue.

‘Oh, thanks for the invite, but I won’t intrude.’ She pointed to a table right over the other side of the restaurant.

She smiled, but it was forced. ‘I’ll make myself comfy over there. And please don’t bother yourself with bringing it to me, just get the waiter to deliver it.’ She laughed a little uncomfortably as she looked towards the man that had mopped up her cocktail. ‘We must let him do his job. He clearly takes it very seriously.’

Blake nodded, his voice evading him. Women rarely said no to his charms. Yet the one he wanted most was knocking him back. She was going to walk away and he might never see her again. He almost fell to his knees. This beautiful woman, with flawless olive skin, long silky dark hair and piercing green eyes that dazzled like jewels upon her delicate face was a work of art—an exquisite painting but yet somehow broken beneath the exterior. A piece of art he had to make his own.

Although she was brushing him off, he intuitively knew there was a hidden meaning for her change of heart, a fear in her that he too processed. He craved to whisk her away to his suite to make her feel safe and loved, cherished and protected, while he bestowed pleasures upon her that a woman of her calibre deserved. His whole mind, body, heart and soul ached for intimacy with her, to be at one with her. He wanted to know how she tasted, how her skin would respond beneath his touch and how she sounded when she tumbled over the edge of ecstasy in rapture.

Then something stirred deep within him and took over his ability to think rationally.

He had to do something, anything, to leave a lingering within her so tantalising she went home thinking of him, wanting him, desiring him and craving him. Because he knew, if she walked away forever, he would regret it for the rest of his life.

It was now or never.