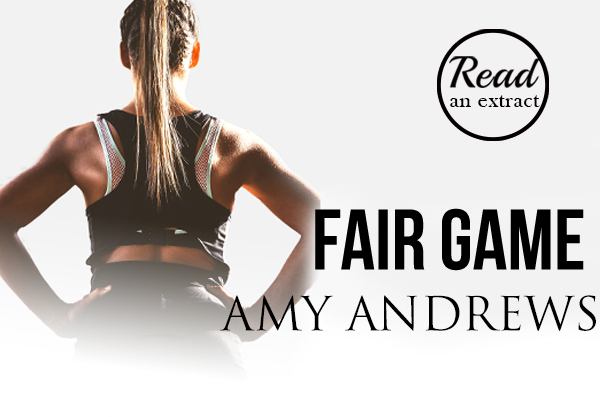 With the spotlight being on women in sport this week, we want to take this opportunity to highlight our favourite literary sports women.

Check out this excerpt from  Fair Game by award-winning, best-selling author Amy Andrews about Darcy Clarke who would do anything to play for the new Women’s Aussie Rules league.

Darcy Clarke hadn’t felt this freaking fantastic in a very long time. Maybe not in her whole twenty-seven years. Not after a block of lime Lindt chocolate (which never failed to zing her straight to her happy place). Not after three scoops of pineapple gelato (which totally should be mandatory treatment for depression).

Not even after sex.

Not that sex counted, considering she hadn’t had any since douchebag Tony had dumped her just over two years ago. She’d had orgasms, for sure. By herself. And she didn’t think self-love counted.

But that didn’t matter right now. Hell, she doubted it would ever matter again because footy was better than sex—why hadn’t she always known this?—and she’d done it. She’d actually done it! Her name had come up in the draft and she was going to be playing professional Aussie Rules football in the inaugural national women’s competition for the Brisbane Banshees.

And she felt amazing.

She deserved it, for sure. But when had that ever made a difference? She’d busted her gut for this for years, but even twelve months ago she’d have never thought it possible. A national women’s comp had been mooted for years, but as time progressed it had become more mythical than the bloody unicorn. But suddenly, the planets had aligned and the glass ceiling had been smashed and she was going to be right there in the thick of it!

Darcy allowed the chants of an invisible crowd to swell inside her head. Not that having a crowd chant your name was what it was all about but she ran with it for a moment or two, giddy on life, footy and everything. She grinned so hard, the man sitting in the seat next to her shifted sideways a little as the plane made a smooth touchdown.

But Darcy couldn’t help it. She couldn’t stop smiling. She knew she looked maniacal—the flight attendant had eyed her suspiciously and handed her a plastic knife to cut her roll rather than a metal one like she’d given the guy next door—but she didn’t care.

Nothing and nobody was going to kill this buzz.

The plane taxied and finally docked and as soon as the seatbelt light went out, Darcy was up, dragging her small overnight bag out from under the seat in front. She was too damn excited to sit and she couldn’t wait to see Levi.

Sure, he’d rung yesterday afternoon to congratulate her, but just anticipating his I-knew-you-could-do-this grin was adding to her giddiness. She’d lived with Levi Phillips for seven years now and, in a lot of respects, he probably knew her better than any of her girlfriends.

He certainly knew more than anyone how freaking hard she worked for that Banshee jersey and had never doubted she’d make it. Never. Considering there were numerous times she’d doubted it, that was saying something.

Still, she was surprised to actually find Levi waiting at the gate for her. They often made trips to the airport for the other one, but always stopping at the drop-off/pick-up zones out front. He’d never come into the terminal. But there he was, standing right at the back, head and shoulders above the waiting crowd of kids and lovers and parents, a huge grin on his face, a metallic helium balloon with Congratulations emblazoned on its hide in his hand.

He looked like a crazy person, standing there with that grin and the stupid balloon with a few days’ worth of scruff on his face, but her heart gave a funny little giddy-up seeing him here for her. Of course, that could have something to do with his faded old T-shirt stretched across his shoulders, barely long enough to meet the waistband of his standard loose trackpants, of which he had about a hundred thanks to his obsession with yoga.

The top half of his long, riotous, dirty-blond hair was pulled back into its regular man bun, leaving the rest to curl and twist around his neck and shoulders in its usual disorder. Even the sight of his big, bare, size fourteen feet, sticking out of his open-toed slides, did funny things to her equilibrium. The man looked like some kind of Zen lumberjack but what she liked most was that he didn’t care one fucking jot what he looked like.

The crowd parted, as if especially for them and, before she knew it, she was grinning at him and running towards him, launching herself at him, crawling up him like a koala up a gum tree and wrapping her legs around his waist to hug him tight.

He laughed as he caught her, his body easily absorbing the impact as his arm anchored around her back. ‘Whoa!’ The low timbre of his voice licked into her ear as deliciously as the swipe of a hot, wet tongue. ‘I knew you’d get picked.’

Darcy grinned even bigger, hugged him even harder. ‘Yeah, yeah.’ She squirmed at his unashamed bias, but her heart swelled big in her chest at the pride underpinning his statement.

She wasn’t sure how long they stood like that, with her glued to him like an oyster on a rock, people eyeing them curiously as they stepped around them. But it felt good to be in this moment—the high point of her life—with the guy who’d been there for her during all her low points. 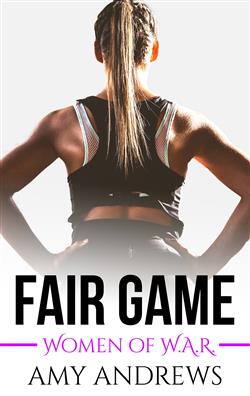 How to mend a broken heart…

Darcy Clarke would do anything to play for the new Women’s Aussie Rules league, even put up with her ex, Tony, who just happens to be the coach of the Brisbane Banshees. Tony stomped out of their apartment – and all over heart – two years ago, but she’s moved on, and she deserves her jersey.

As his best friend’s girl, Darcy has always been out of Levi’s reach, even after Tony dropped her and moved out of the apartment they all shared. Now, two years on and still sharing the same apartment, she should be fair game. But Levi is no closer to getting Darcy to think of him as anything but a roommate and a friend.

But when Darcy injures herself in play, Levi’s qualifications as a sports massage therapist are put to good use. Suddenly, their relationship becomes very hands on, and Darcy sees a whole new side of her old friend. A pity he seems immune to her charms. When Tony makes it clear he wants back into her life, she has a decision to make: between the man she once loved and the man who never left her side.

If you haven’t, check out the excerpts from our other Women of W.A.R books by Nicola Marsh and Catherine Evans! 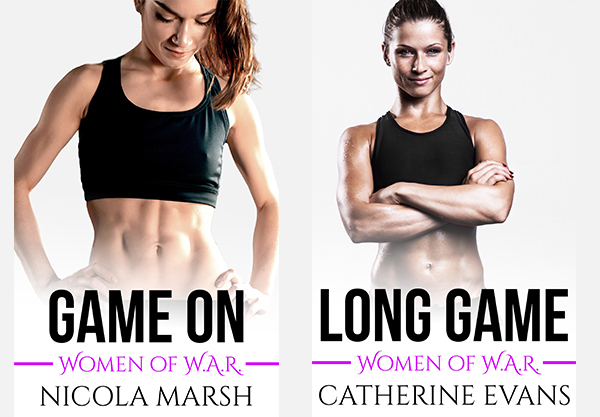