Feisty Females of Fiction… How to Write a Historical Heroine 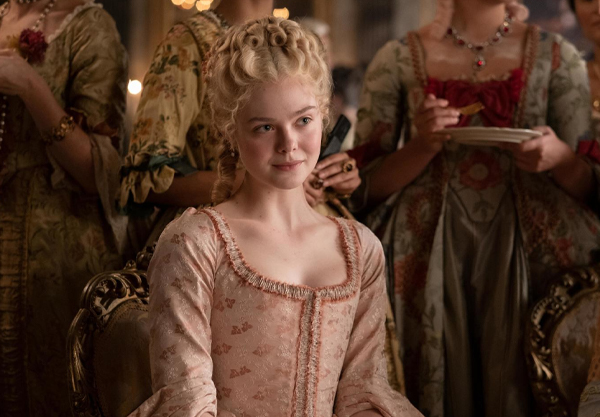 A good historical heroine is a girl with heart and backbone who can stand up for herself and yet, and this is very important, remain true to the period of history.

The women who pioneered Australia were extraordinary but I didn’t have to search hard to find two heroines for my books The Postmistress and The Goldminer’s Sister. They appeared at my elbow and said ‘write us’.

Poor Adelaide (the heroine of The Postmistress) and Eliza (the heroine of The Goldminer’s Sister) – I took away their societal supports of home and family, and most importantly money! I threw them into the strange, male-dominated world of a rough gold mining town where they would either sink or swim. They had to draw on their own reserves of strength and initiative to survive and that is what, I hope, makes them credible historical fiction heroines.

They are quite different women…Adelaide thinks nothing of donning a man’s trousers and riding into the bush to deliver mail, while Eliza turns up for her first horse ride in a green velvet riding habit. The thought of donning trousers is abhorrent to her. Yet for all their differences they are facing the same challenges, the same basic instinct for survival and to protect the people they love.

You’ve already met Adelaide and I hope you enjoy your encounter with Eliza Penrose, fashionista, school mistress, maths whizz and a girl who likes nothing more than a guided tour down a gold mine!

So now I have introduced you to my girls, who are some of my own personal favourite ‘feisty girls of fiction’?

Jane Austen’s Lizzie Bennet has to be top of the list. As Mrs. Bennet admits, her one purpose in life is to find eligible matches for her girls. Without a man with an income, there is no future for these girls. They will end up in genteel poverty like Miss Bates in Emma. No shrinking violet, our Elizabeth…she rejects the odious Mr. Collins out of hand and has no hesitation in telling the pompous oaf Mr. Darcy exactly what she thinks of his proposal of marriage. Darcy has to earn her affection!

One of my all-time favourites is Bronte’s Jane Eyre. Charlotte Bronte’s depiction of the world of the impoverished gentlewoman is harsh. As the poor relation, Jane (like my own heroine of The Goldminer’s Sister, Eliza) has only two options: to become a lady’s companion or a governess. No man will marry her because she brings no advantage in money or station. She is viewed by everyone as a mouse to be ignored and insulted and yet despite the put-downs, Jane rises above it all and wins the love of Mr Rochester (a somewhat questionable hero, IMO, with his mad wife in the attic).

And here in Australia…how can we go past the rebellious Sybylla in Miles Franklin’s My Brilliant Career? Like Jane Eyre she is forced by family circumstance into poverty and accepting a job as a governess on a remote property. It does not go well but unlike Jane and more along the lines of Jo March in Little Women, Sybylla rejects the compromise of marriage to an eligible man and decides instead to march to the beat of her own drum and follow a brilliant career as a writer. Now if you remember the movie with Judy Davis…you will recall the man she turned down was Sam Neill. Not sure I would have chosen writing over Sam!

Finally…there is some fabulous historical drama streaming over our TVs at the moment (such as Belgravia) but I can’t let this topic go without mentioning a show I am devouring in small degrees The Great (streaming on Stan). The Great is about Catherine the Great, who was, of course, anything but fictional, but this is a fantastic imagining of Catherine. Coming hot on the heels of the more staid and conservative and, dare I say it, rather dull, Catherine the Great (starring the amazing Helen Mirren), it is a little like being doused with cold water. It is shocking in its graphic depiction of sex and violence and (for me as a historian) its passing lip service to historical accuracy, but I am loving it! Because despite all of that, it is historically accurate in its own way.

The fictional (and real) Catherine moves in a world where women were viewed as good for only one thing (or maybe two but one led to the other). Her novel ideas of education for the court women and bringing art and music to the court are openly laughed at. She is a thoroughly modern miss but yet her fictional depiction is closer to the real woman than you may think. When the real Catherine eventually rid herself of her useless husband, she did exactly what the fictional Catherine is seeking to do – she brought a veneer of civilisation to the wild and unruly society she found herself in. (She also grew to be enormously large – I’ve seen her coronation gown and you could fit two of me into it, and I’m not exactly slender!)

So there we have a cross-section of feisty females who are completely true to their historical period! It is entirely possible to have a historical fiction heroine who is not a meek, fan-waving mouse subject to attacks of the vapours, but neither is she a raging modern feminist. She rolls up her sleeves, gets on and gets the job done.

Look out for The Goldminer’s Sister in shops from 8 July and in the meantime tell me who are your favourite fictional heroines and what is it about them that makes them attractive to you as a modern woman?

Australian author Alison Stuart began her writing journey halfway up a tree in the school playground with a notebook and a dream. Her father’s passion for history and her husband’s love of adventure and the Australian bush led to a desire to tell stories of Australia’s past.

‘There are people in this town with the gleam of gold in their eyes and cold steel in their hearts.’

1873. Eliza Penrose arrives in the gold mining town of Maiden’s Creek in search of her brother, planning to make a new life for herself. Instead she finds a tragic mystery – and hints of betrayals by those closest to her.

Mining engineer Alec McLeod left Scotland to escape the memory of his dead wife and child. Despite the best efforts of the eligible ladies of Maiden’s Creek, Alec is determined never to give his heart again.

As lies and deceit threaten Eliza’s life, Alec steps in – although he has problems of his own, as he risks his livelihood and those he holds dear to oppose the dangerous work practices at the Maiden’s Creek Mine.

When disaster draws the pieces of the puzzle together, Eliza and Alec must save each other – but is it too late?

Netflix’s The Kissing Booth is a part of the Cute-But-Uncomfortable canon of teen movies. Bits of it are warm and…Read more