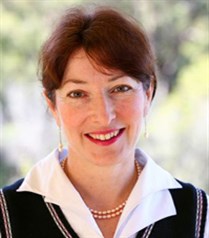 About thirty years ago, whilst on University break, one of my sisters and I decided to co-write a romance. We didn’t ever finish it, but had a lot of fun with what we did. Over a decade later, she suggested I write a romance, and I decided to give it a go. Although I read widely in other genres, I’m a romantic who loves a happy-ever-after ending. I love the challenge of having characters overcome seemingly unsurmountable differences or obstacles to find their soul mates.

I don’t have a set process other than that I identify and ‘interview’ my characters first and get to know them. As for the storyline…At times a character forms very clearly in my head and prompts me to write his or her story, other times it’s a scene that springs vividly to mind and the story grows from there. Sometimes the story evolves as I go, other times I plot it out, but there are times when my characters/storyline deviate from the planned plot line. Everything is fluid. The time of day or days of the week I write vary depending on my family and work commitments!

What do you do when you’re stuck with a scene?

Talk to the characters and find out why it isn’t working. Sometimes they’ll tell me something I didn’t know and with that piece of the jigsaw everything falls into place!! If they’re not cooperating, I phone my sister, Kathy. I tell her the problem and sometimes she’ll provide a solution, or she’ll suggest something that then leads me to think of something else that I think will work. Other times, in just voicing the problem aloud to her, I come up with an immediate solution as I’m speaking.

I’m very fortunate to have a dedicated writing room. Sometimes I write at my desk, sometimes on the couch in the room. My husband designed the stained glass window, and despite the timber in the room, my writing space is light and airy. I have a beautiful rural view and glimpses of the lake and ocean in the distance. It’s lovely to look up from my computer screen and look out. One of the neighbours has a dressage area on the hill, so I can sometimes see her riding. Otherwise I see horses in the paddocks, or watch our goats at play! And always, I have flowers in the room from my garden.

What’s the thing about writing that surprised you the most?

That my characters have a mind of their own and I can sit down to write a particular scene, and in the first few minutes of my fingers hitting the keyboard, I’m writing something else.

After I’d written The Defiant Princess, Kate Cuthbert asked me to write a series titled Royal Affairs. The Irredeemable Prince is the second title in the series, and I’m currently working on the third story. The heroine in the latest W.I.P. wasn’t the one I’d planned. As I was ‘interviewing’ my characters, I had the present heroine intruding constantly. I took notice of her and did her backstory and decided to her story next, but she has just pushed her way into this story and the heroine I planned for my hero has disappeared into the ether! Even the hero’s backstory changed in the first two pages…Sometimes I wonder just who is writing the story!! 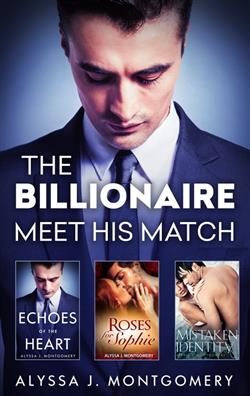 Greek tycoon Alex Kristidis will do anything it takes to prevent his brother marrying pop star Susie Hamlin, and Susie’s twin sister Leah will do whatever it takes to stop him. But, posing as Susie to throw Alex off the trail as she and her lover rush away to get married has unexpected consequences: Leah is attacked by a drug dealer’s henchmen, whisked off to Alex’s private island, and becomes entangled in a web of lies.

Something is different about Susie, and Alex can’t put his finger on it. No longer the self-absorbed, selfish celebrity, she is warm and innocent and inspires feelings in him that he thought impossible. But the last thing he will do is indulge in an affair with his brother’s manipulative cast-off. He just has to find the strength to stay away…

Echoes Of The Heart

Australian media tycoon Jake Formosa does not believe in forgiving…or forgetting. So when he discovers that Amanda — the woman who once broke his heart — is newly widowed, he immediately enacts his revenge.  Jake is intent on making Amanda remember him, and making her suffer for what she did. He will leave her broken and alone, and finally have his closure.

But Amanda is not the sweet girl that Jake remembers, and her life is far from perfect. As the web of lies surrounding her begins to unravel, Jake finds himself once again ensnared. Can he learn to overlook the past and risk his heart again?

To convince the court that his playboy days are over and to keep a desperate promise, Australian billionaire Logan Jackson needs a wife…fast.

To make her grandfather happy and sway him into making her managing director of the family company, mining heiress Sophie Hamilton needs a husband…fast.

With common goals, similar values, and a very definite end date, there is no reason why Logan and Sophie shouldn’t be able to strike a deal to satisfy them both. No reason except that the sizzling attraction arcing between them is too hot to trust.