Author Guest Post: When I First Fell in Love with Vampires 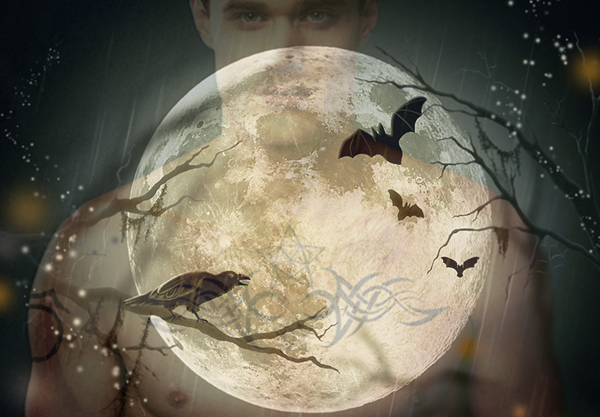 I can’t quite pinpoint when I first became aware of vampires. I’ve been plumbing the depths of my memory but there doesn’t seem to be a specific moment.

General ghosts and ghouls, a fascination with the supernatural and a love/fear relationship with horror movies started early, encouraged by my older cousin.

Though, if I’m honest, I enjoyed Count Duckula more than Count Dracula.

Yet, there must have been some fascination with the blood-sucking fiends because I went trick-or-treating as a vampire on more than one occasion (at least once with my sister dressed as a butterfly). 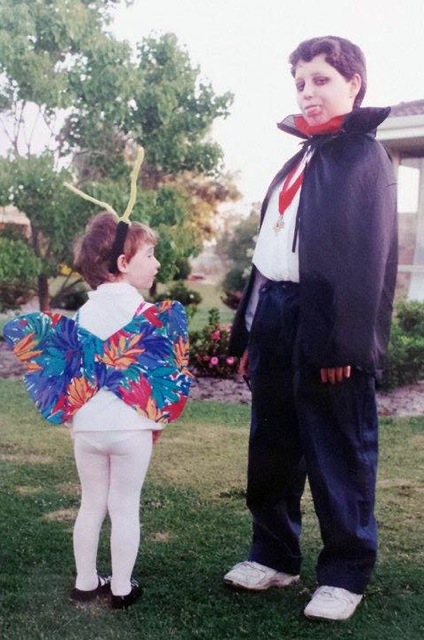 But though I can’t remember the genesis of my preoccupation, I remember when my intrigue with Anne Rice’s particular brand of vampire began.

I was 17 and at Perth airport, waiting to board a plane to Italy. I was going on a school trip and I’d packed some books to read, however, I needed more.

That’s when I saw Anne Rice’s The Vampire Armand. 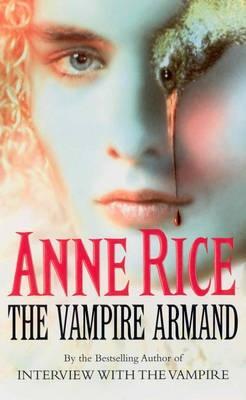 Now, Interview with the Vampire had been made into a movie years before but perhaps I was too young or too unobservant to notice it, so it wasn’t until The Vampire Armand hit the shelves in 1999 that I got my first taste of The Vampire Chronicles.

I bought the book, stuffed it into my luggage and set off for Italy.

The trip lasted a month, taking us all over the country, from Rome and Naples, to Florence and Perugia, then up to Milan and finally Venice. That’s when I sank my teeth into The Vampire Armand.

If you’re not familiar with the book, it’s about the cherubic red-headed vampire Armand, created in the 16th century by the two-thousand-year-old vampire, Marius.

Enraptured by Armand’s beauty and piousness, he ‘adopts’ the boy and eventually, to ‘save’ his life, turns him into a vampire.

The cover had a lot to do with me picking up this book. It’s not sexually overt but the face on the cover has full, pouting lips, red, tendril hair…and a hummingbird.

But reading the book, I became enamoured with the richness of Anne Rice’s world-building. She is a master at research and it showed as she delved into Armand’s life in the Orthodox church, through to the Doge years of Venice and then all the way up to modern times.

Here were vampires that weren’t soulless blood suckers but were more human than monster.

Obviously being in Venice while reading the book helped cement the world for me but as soon as I returned to Australia, I devoured as many of Anne Rice’s books as I could, starting with Interview with the Vampire.

The next few years I eagerly awaited each new instalment, unable to slow down and read them leisurely but instead gorging on them as fast as possible.

It was a compulsion that took me well into university where I even wrote my Honours thesis on — you guessed it — Armand.

While I don’t profess to be anywhere near as good as Anne Rice, one of the greatest compliments I’ve received about my own books is that they remind readers of her style and the construction of her vampires.

I enjoy writing visually rich stories about soulful monsters of the night, who – in all honesty – you wouldn’t mind nibbling on your neck.

So while I don’t remember my early love of vampires, it’s of no real consequence. With age came a greater appreciation of what vampires could do and be and it’s served me well.

I hope that if you read my books, you’ll pick up on that – and maybe even join us on the dark side too.

Daniel de Lorne writes dark tales of ruin, romance and redemption. He is the author of the gruesome gay romantic horror novels, Beckoning Blood and Burning Blood. When he’s not creating imaginary worlds and creatures, he and his husband explore as much of this world as they can. You can find out more about him at www.danieldelorne.com. 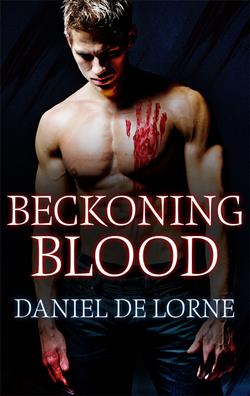 A gripping,  blood-drenched saga about twin brothers, the men they love, and the enduring truth that true love never dies  — no matter how many times you kill it.

Thierry d’Arjou has but one escape from the daily misery of his work at a medieval abattoir — Etienne de Balthas. But keeping their love a secret triggers a bloody chain of events that condemns Thierry to a monstrous immortality. Thierry quickly learns that to survive his timeless exile, he must hide his sensitive heart from the man who both eases and ensures his loneliness…his twin brother.

He’s the Banksy of the international theatre scene – daring, anonymous, renowned. So when playwright ‘Draven’ bequeaths his latest play…Read more