Here in Australia, the weather is getting colder. We’re dragging out the blankets and brewing up the cocoa, but it’s not doing the job. We need something hot.

Luckily, Escape artists have come to the rescue. They’ve provided some of the most scorching scenes from their books for us to enjoy. As the cold winds blow outside, we’ll be heating up with some ‘hot toddies’.

Winter is coming. And so our are heroes and heroines.

from Treasured Lies by Kendall Talbot

Scanning over the antipasto selection, Rosalina wondered what she should use next. The little chocolate cups caught her eye. For what she was planning, she hoped they were filled with liqueur.

She carried her glass back to the table and allowed Archer to fill it. After another quick sip, she resumed her position between his knees. She couldn’t help but smile at the glorious view before her. Archer had an Adonis body, abs as solid as any fighter, sun-kissed skin and a tantalising line of hair that said ‘follow me’ as it ran from his belly button to his dark nest of curls. His erection burst from those curls large, proud and ready for action. And he certainly had her attention.

With the chocolate cup between her fingers, she nibbled off a tiny corner, but instead of just dribbling out, the entire cup crumbled and the liquid and chocolate fell all over Archer’s groin. ‘Woops.’ She laughed and he laughed with her.

‘I hope you’re planning on cleaning that up.’ His eyes were full of suggestion.

‘Of course.’ She leant forward and with long, slow, seductive strokes, she licked every drop of that delicious, sweet liqueur from his body.

Archer ran his hands through her hair. ‘Oh, Rosa.’

The way he said her name was like a soft caress and the throb between her legs had her close to imploding. As she helped herself to dessert, his moans of pleasure sent the sweetest of sensations rippling through her body.

She wanted him inside her. Now. She eased back, stepped off the sun lounge, slipped out of her lacy knickers and went to climb back on top.

‘Hang on, baby.’ Archer pushed himself further up the chair. ‘It’s my turn.’

She stared, open-mouthed. He had to be joking. How could he wait? She was practically bursting at the seams. He must have seen her indecision, because he quickly slipped off the lounge and with his hands on her waist, guided her to lie down.

‘You stay right there.’ As he walked to the table she watched his perfectly round butt cheeks rise and fall as his muscles flexed.

The warmth of the sun on her skin was as heavenly as the champagne enchanting her insides. She reached for Archer’s glass and drained the bubbles from it. Rosalina had never sunbaked naked before and she couldn’t decide if it was the alcohol, the golden sun or the anticipation of red hot sex that was driving the tingles through her body, inside and out.

‘As you didn’t share the last one, I helped myself to a chocolate. Delicious.’

She grinned at him. ‘So was mine.’

The heat between her legs became a smoking hot furnace as he walked towards her with a handful of strawberries, the bowl of whipped cream and a full-blown erection. He knelt at her side, placed the strawberries on her stomach and when he ran his tongue over his lips he stole the breath from her throat. She wanted him to stay right there, basking in all his sun-drenched nakedness for all eternity.

‘So, my lovely, I’m going to show you how strawberries and cream should be done.’

Rosalina had pretty much combined these two ingredients every which way possible and yet she was certain Archer was about to show her something new.

‘Want to try one?’ His voice was so husky she barely recognised it.

He selected one of the strawberries and held it towards her. She opened her mouth, and half expecting some kind of trick she quickly sunk her teeth into the juicy fruit, biting it right in half.

Archer laughed. ‘Hungry, are we?’ The remaining half of the ripe red fruit he brought to her breast. He touched the cool fruit from one nipple to the next, circling her now almost bursting buds and then dabbing the very tip. Despite his delicate touch, the sensation drove pulses that started at her nipples and ended with a delightful shiver between her legs.

Archer leant forward and licked each breast clean. When he finished he sat back. ‘And?’ His eyes shone.

She shrugged and it took all her might to keep a straight face. ‘That was nice.’

Rosalina chewed on her bottom lip as she watched Archer. She could almost see his mind working in overdrive. He grabbed another strawberry and this time he dipped it into the cream.

Using the strawberry as a brush and her body as the canvas, he spread the cream over her nipples, and when he was done, he ate the strawberry and then proceeded to lick the cream off. He started with the breast closest to him, capturing the nipple in his mouth and sucking until her bud was completely clean. When he leant over to sample her other breast, she gasped as his hand slipped between her legs and entered her hot zone.

Rosalina curled beneath him, sending the strawberries on her belly scattering as he plunged into her with agonising tenderness. She rode the explosive orgasm that had been building within her for what seemed like a decade.

When she opened her eyes, Archer was smiling at her, his eyes ablaze with satisfaction.

‘That was much better,’ she said through gasping breath.

Archer stood up and with purpose he moved to the end of the lounge. He stared at her naked body for a long delicious moment. She wanted him now and he could take every little piece of her; her mind, her body, her soul.

She spread her legs further apart and it was the only invitation he needed. Archer climbed on top and as his erection nudged her opening, he kissed her like they’d never kissed before. Their tongues probed each other’s mouth, tasting, licking, exploring. He pulled back and wriggled onto his knees and with his eyes lingering on hers, he slid his fingers into her and once again took her over the edge of explosive bliss.

He lay back on top of her, pushed up on his hands so his chest hovered above her and his gold pendant toyed with her nipples. When he entered her, he filled her so perfectly that her breath hitched in her throat. Archer rode her, gently at first, thrusting in and out with measured control as she scratched her fingernails down his back. His eyes had glazed, slipping into a world of bliss, and she squeezed his nipples until he gasped and his eyes returned to her.

His mouth found hers and she sucked on his tongue. Soon measured control was gone, replaced instead with hard, rapid thrusting. When her hot juices released, he cried out as he too released. She ran her fingers up and down his back until he couldn’t thrust any more.

He fell onto her chest and they stayed as one for a very long time.

She ran her fingers through his head of unruly curls. ‘You know I’m never going to look at an antipasto platter the same again.’

He chuckled. ‘Me neither.’ 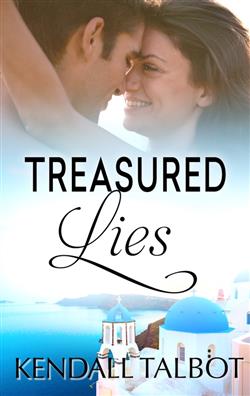 Forgiveness can be hard—even when it’s the only way to save your life. Dive into this adrenaline-fuelled new series with…Read more

Do you like big books and you cannot lie? So do we. So. Do. We. So we put together some…Read more

In the sequel to Home Truths, Louise Forster returns to the sleepy country town of Tumble Creek with the story…Read more