I watched Bachelor in Paradise…and had so many thoughts 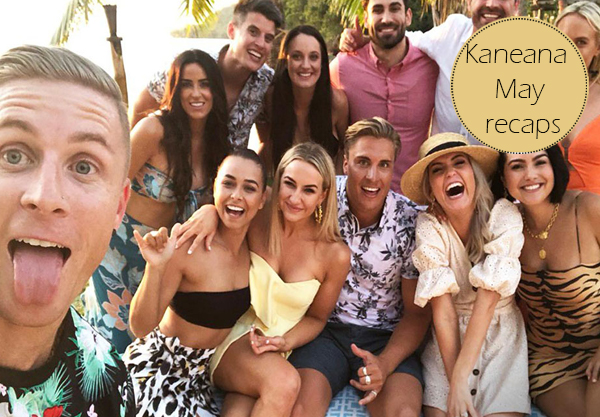 Kaneana May, author of The One, recaps the Bachelor in Paradise premiere!

“I’m Brooke and I’m from Nick Cummins’ season of the bachelor” NO HUN YOU’RE FROM YOUR SEASON OF THE BACHELOR AND THIS IS YOUR ISLAND NOW. #BachelorInParadiseAU @BachParadiseAU

Brittney screaming “ALL I NEED IS A BOYFRIEND!!” in Osher’s face is…extremely relatable. #BachelorInParadiseAU pic.twitter.com/hlywBEGjGM

I'll just leave this with you for your later personal use. #BachelorInParadiseAU pic.twitter.com/HlrZ855hKy

Everyone in Australia to Shannon after she picked Paddy #bachelorinparadiseau pic.twitter.com/WrhXxcN1S3

Why are there more than zero people who are into Paddy??? #BachelorInParadiseAU

"I'm best known for taking the world's most hated man off Blake Garvey… then handballing it to Nick Cummins" – Richie #BachelorInParadiseAU pic.twitter.com/JAsuMU7YxZ

SNEAK PEEK: It's the moment you've all been waiting for. Alex & Richie speak for the first time since their breakup. #BachelorInParadiseAU 7.30 tonight on 10 pic.twitter.com/1fDyyvetf7