Inspiration Behind the Story – Jacquie Underdown 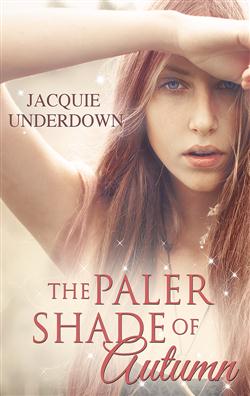 You may ask how an idea for a romance novel can spring from gloom? Well, let me tell you.

When you become a mother or father, I believe you enter a special kind of club. A club for people who have learned how deep love can be—where you implicitly, unequivocally love another person so much that you alter your entire existence just to protect and nourish them. You would kill for this other person and know that your soul would endlessly bleed if they were to die. Having children gives one an expanse of empathy unlike any ever experienced before, because you know now what you have to lose.

After I became a mother for the first time, with all my new-found emotion and perspective, I watched a graphic show about Chinese orphanages and Dying Rooms—rooms where babies are placed in cots in dark, empty rooms and left alone for the sole purpose of dying. This show told of so many orphaned babies (mainly girls) who were dumped in underfunded orphanages. Children were not given any physical or emotional nourishment, no love, no hope. Instead, they were placed beside each other, in long wooden seats, a horizontal timber bar to support their back and a timber bar across their lap to lock them in. Lacking any mental stimulation or physical contact, the babies just rocked back and forth in these seats for hours on end, every single day. The children were so used to having no one come to them and offer comfort or motherly affection that they no longer even cried. They just rocked and rocked.

After watching this I sobbed until I could barely breathe. I couldn’t even tell my husband why I was upset because each time I tried, I would cry again. I have never forgotten these images and I never will.

So, as tragic as this reality is, this is where my inspiration for my first novel, The Paler Shade of Autumn, sprouted. Story lines were threaded; compassionate characters, who experience the darkness of life so they can love even harder, were spun. And from this gloom sprang forth a beautiful, happy ever after.

Autumn Leone travels to India to find answers about her unique ability to see into other’s minds. But instead of answers she finds love. It takes one night of passion to fall for Jet Stark, whom fate had sent her half way around the world to meet. But, too soon, Autumn is to fly back to Australia and out of his life.

When Autumn bumps into Jet back in Australia after five long years apart, it’s difficult to dispute fate’s intention in crossing their paths not only once, but twice. Autumn knows it is a risk to fall for an old fling, especially because Jet now happens to be rich, her new boss, and involved with another woman.

But a connection like theirs proves impossible to sever.

Reunited with the only man she has ever truly loved, Autumn thinks their relationship is flawless. But she fails to see that Jet is hiding secrets from his past. Secrets, which threaten to fracture not only their love for one another, and her career, but also her relationship with her family.

Will the truth about her gift and their unbelievable history be revealed in time before Autumn loses all she cares about? And will the truth be enough to mend old wounds?

I fell into the fantasy genre hard when I was in high school. I remember reading all six of The…Read more