Inspiration Behind the Story – Lee Christine

Write What You Know 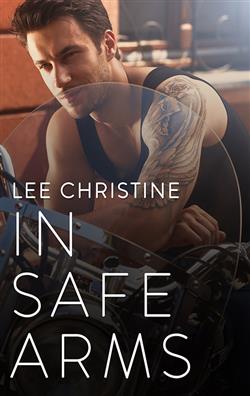 An agent once told me to ‘write what you know because it lends your writing an authenticity’.

In my case, I believe my experience working for a legal firm in Sydney during the height of the ‘underbelly’ years, provided me with the inspiration and knowledge upon which to base my romantic suspense novels.

During the course of any working day, notorious people I’d only read about in the newspaper, or watched on television, usually in the custody of police, or leaving the court house, were suddenly clients in the waiting room, or speaking on the other end of the telephone. As part of my job, I was typing their names into court documents, relaying messages back and forth, and making appointments for them to see the principal partner, for whom I worked. Politicians, brothel owners, and businessmen, it was an alien world of corporate greed, drug running, corruption, and bribery. And a real eye opener for a young girl who’d only previously worked for a very reputable small city firm.

But this experience gave me a unique insight into a foreign world and provided me with a wealth of material from which to draw on and formulate what I hope is a believable story.

‘In Safe Arms’, my second novel in the Grace & Poole Lawyer series was released on January 1, 2014. It is centred around a large legal firm in Sydney, who represent, among others, an infamous bikie gang I’ve named The Southern Cross.

The final book in the stunning Darkhaven trilogy about secrets, lies, and love conquering all. From critically acclaimed author Lee…Read more

Do you like big books and you cannot lie? So do we. So. Do. We. So we put together some…Read more

Lee Christine was one of Escape’s launch authors with her debut novel, In Safe Hands.  We are delighted that her…Read more