James Cameron Is A Romantic 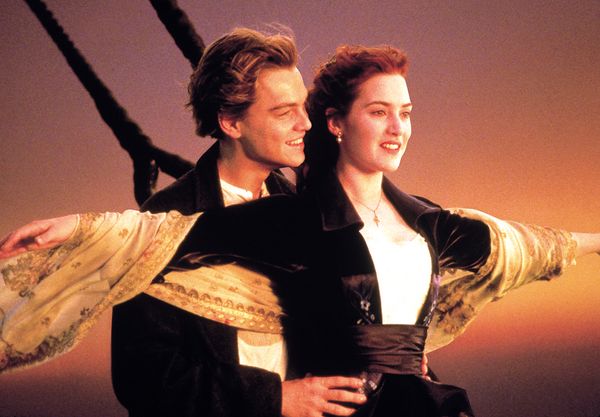 Being stuck at home for so many months, I’ve binged a lot of TV and movies and I’ve come to a startling discovery.

Before you start shouting me down, let me make my case.

The plot-beats of the movies James Cameron has written and directed might read like Action Movie 101, but at the heart of every one of them is a romance sub-plot that helps carry the movie and turns it into something far more enduring than the simple bam-pow of your typical action movie.

Don’t believe me? Let’s go through them (and just so people don’t start yelling at me and saying ‘what about Piranha II, Terminator 2 or Alita,’, I’m talking about the ones he’s written and directed, and therefore had the biggest impact on what happens in them.)

So, let’s start back at the first movie he wrote and directed (and the one that changed his career):

For all of Arnie’s ‘I’ll be back’-ing and the explosive tension of Sarah Connor being chased by a robot from the future who won’t stop until she’s dead, this movie is a big old tragic romance. There would be no plot without that romance: if Kyle Reese hadn’t fallen in love with Sarah Connor, he never would have gone back to the past to save her, she would never fall in love with this broken hero from the future, they would never have their one night of love and John Connor, the saviour of the human race, would never have been born and, therefore, the Terminator wouldn’t have been sent back to the past to stop John’s birth from occurring. The whole plot premise hinges on a love that crosses time – so this is romance movie territory plain and simple.

‘Okay,’ I hear you say, ‘I’ll give you that one, but what about Aliens? Huh? No romance there. Just Ripley kicking alien butt!’

True, Ripley kicks the best butt (she was one of my first female-action crushes), but while there is nary a kiss, the sexual tension between Ripley and Captain Dwayne Hicks is palpable and tension really rises as Ripley and he fight to save each other and Newt. It may not be a big romance, but it’s his presence and Newt’s that change Ripley’s hardened heart, helps her overcome her trauma and do her best butt-kicking. And right at the end, when Ripley is tucking Dwayne and Newt into their pods for the return trip home in that lovely little family moment, I can definitely see romance times ahead. Aww.

There’s no romance in The Abyss,’ you stammer. ‘Lindsay and Bud are divorced. They hate each other. Besides, it’s about aliens and saving the planet from evil human corporations, right?’

True, but in this tense and atmospheric movie about the discovery of aliens in the abyss of the ocean’s depths, it is the love that Lindsay and Bud feel for each other that truly drives The Abyss’s heart. When Bud labours over Lindsay, trying to bring her back to life, I could barely breathe, and the moment she comes back and they hug and kiss was the true pinnacle of the movie for me, not when the alien ship rises out of the abyss (although, that was a pretty awesome moment too.)

So, this brings us to James’s often-forgotten but brilliant family action blockbuster, True Lies:

Before you butt in, I will admit that Arnie and Jamie-Lee’s characters (Harry and Helen Tasker) are already married, but the fact is, they don’t truly know each other, which, despite all the spy action and saving-the-world scenarios, is really what this movie is about – true lies being discovered which leads to true love. Top moments are when Helen does the sexy dance for the mystery guy, not knowing he is actually Harry, and when she realises what Harry really does. Despite the lies and confusion, they eventually start working together to save the day – and their marriage – and earn their HEA. A true romance that will go on.

Which of course brings me to Titanic:

I don’t think I need to sell this one to you as a romance movie because it is well-known that Jack and Rose’s story is truly what makes the ‘heart go on’ in this movie. We are breathless and tingling as they finally come together in the car, and even though Jack doesn’t survive, their brief time together lasts Rose a lifetime and encourages her to live the life they would have had together. And in the end, when she returns to him with the Heart of the Ocean, it doesn’t make you sad, it makes you go all mushy inside like the best HEAs always do.

‘But … but, Avatar,’ you cry, rallying for James’s latest big blockbuster space opera.

‘Big blue people, amazing CGI, planetary battles, climate change message. Hah!’ True, true and true, but I can see your eyes hazing over as you subside into the romance-bliss of Jake and Neytiri’s love. A love that not only saved Jake, but a whole planet. Their love shapes the film, brings Jake back from death and gives a massively satisfying HEA that had viewers clamouring to see it again and again and made Sam Worthington a pin-up in both human and Na’avi form. Boo-ya!

Six blockbuster movies written and directed by James Cameron and all six full of romance.

So, while there is no doubt that James Cameron writes and directs amazing action movies, I think you can’t fail to miss just how much of a romantic at heart he truly is. If not for romance, none of his biggest movies would have been what they were, proving that romance truly does make things better, and to paraphrase Sarah Conner, the romance in these movies ‘lasts a lifetime’s worth’.