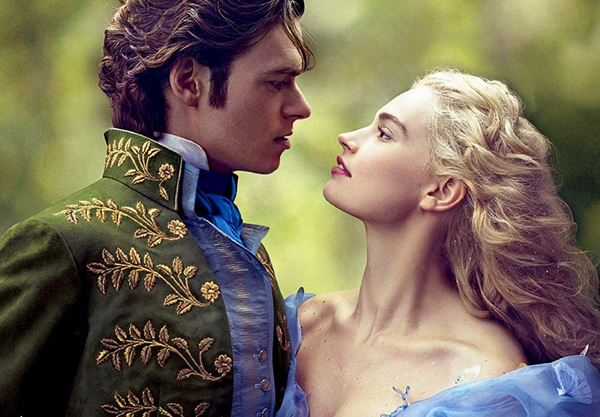 For this month’s new crop of Mills & Boon Moderns, our authors have been tasked with writing their own spin on a number of heartwarming fairy tales. From Disney classics to childhood bedtime stories, these tales have stood the test of time to become firm favourites. Read on to find out which fairy tales our authors chose to write about and why they inspired them!

Fairy tales have always had a special place in my heart—as a child, they were my first reading love and always the stories I wanted to reread the most. Of them all, Cinderella is my favourite. It has it all—an ordinary girl finding the man who makes her feel extraordinary, a gorgeous royal setting and, of course, the best makeover of all! To me, it captures the transformative power of love perfectly.

So when my editor approached me about contributing to a fairy-tale-themed month, Cinderella was a natural choice for inspiration. My heroine, Izzy, works around the clock as a cleaner to provide for her family, and when she meets a handsome desert prince, her life changes forever. I loved Izzy so much that I even decided to give her a twin sister so I could continue the fun with a linked book, The Italian in Need of an Heir, available next month!

I hope this book brings you as much joy as I got from writing it.

When my editor first approached me about doing a Sleeping Beauty theme for my next book, I was so excited. I adore classic fairy tales! I enjoyed the challenge of incorporating some of the essential elements of the Brothers Grimm fairy tale while doing my own spin on it. No pun intended! Alas, there are no spindles in my story, but I did make my heroine, Artemisia, a talented embroiderer living in an ancient ivy-clad castle. And of course, my hero, Luca Ferrantelli, is the dashingly handsome prince who awakens her with a kiss.

In the Brothers Grimm fairy tale, Sleeping Beauty is asleep for one hundred years in a glass coffin due to a curse put upon her as a child. Artie, in my story, suffers from severe social anxiety and hasn’t left the castello for a decade. She is psychologically asleep to her potential, and it is only when she meets Luca that she is able to gradually break free of the curse of guilt that has contained her since she was a teenager.

Something rather spooky happened as I was writing this story. I suddenly realized I didn’t just have one Sleeping Beauty in my novel—I had three! Luca was also a Sleeping Beauty and so, too, was Artie’s friend and housekeeper at the castello, Rosa.

Social anxiety is a crippling condition and is notoriously difficult to overcome, but it can be done. Some people very close to me have suffered from it, and their courage in trying to overcome it has always inspired and impressed me.

I hope you enjoy my version of the beloved fairy tale The Sleeping Beauty.

Beauty and Her One-Night Baby by Dani Collins

Duets are tricky and I keep promising myself I won’t write them with timelines that happen at the same time. However, when I wrote A Hidden Heir to Redeem Him, it was too darned tempting to have Scarlett go into labour in the opening scene. Of course, that meant I had to open this book in Scarlett’s point of view. You’ll see we’re very much in medias res (the middle of things) from line one.

As for Javiero, I thought he would be a white-knight type in contrast to his darker brother, Val. When the opportunity came up to give this book a fairy-tale spin, I leaped on turning Javiero into a beast. It worked perfectly for his character and this duet!

I hope you love Javiero’s transformation from grouch to good guy. Scarlett deserves her hero and their happily-ever-after. So do you! Enjoy!

Claimed in the Italian’s Castle by Caitlin Crews

I have always loved fairy tales.

As a child I used to curl up with old books of fairy tales I found on the topmost out-of-reach shelves, hidden away from small hands because they weren’t the sweet goodness-and-light stories. I was drawn to the dark ones. The ones that didn’t always end happily, or without great sacrifice, left their mark on me.

Over time, I found myself thinking a lot about those marks, and how to turn the darkest tales into something hopeful instead.

The story of Bluebeard is dark. Sometimes known as the robber bridegroom, the nobleman in the tale has a habit of killing his wives, and the various stories about him can be read as cautionary tales. Sometimes the caution is against too much curiosity on the part of the doomed wives. Sometimes it’s a warning against trusting a rich and powerful man.

Sounds like the beginning of a Mills & Boon Modern to me!

This is my attempt to give Bluebeard—and his last and most courageous wife—the happy ending they deserve. I hope you have as much fun reading it as I did writing it!

When I approached writing my book based on The Little Mermaid, I couldn’t help but think of all of us out there who long for experiences and adventures that seem just beyond our reach. I imagined a girl, sitting alone on a rock in the middle of the ocean, staring at the bright lights of a land she cannot go to. My mermaid is that person who finds not only the adventures she’s been seeking, but the man of her dreams! Not, I might add, without a few obstacles thrown in along the way!

I hope you enjoy reading this book as much as I enjoyed writing it.

Shy Queen in the Royal Spotlight by Natalie Anderson

The inimitable Audrey Hepburn famously said she liked fairy tales best of all and, finally, I have something in common with her!

I, too, love fairy tales. I think they’ve endured and entertained for a very particular reason—wrapped up in the magical creatures and crowns are emotional experiences and truths that resonate within everyone.

For me The Ugly Duckling is particularly relatable. Who hasn’t ever felt awkward or as if they don’t belong? And many of us have experienced loneliness or bullying.

So it’s wonderfully moving to journey with a character who’s survived hardships and see them grow into the person they’re meant to be. And it’s the hurt on the inside that is far harder to overcome than an external makeover—fun as that is!

Hester is my ‘ugly duckling.’ I loved gifting her Alek, who holds up the mirror, enabling her to see her beauty—both internal and external—and believe in who she really is. It’s that self-belief that then allows her to accept love.

I hope you enjoy Hester’s transformation and her impact on Alek in turn…in his discovery of the magic of love.

When I was asked if I would re-work a fairy tale for the Presents series, I knew immediately which one I wanted to do. Admittedly as a child my mother would read Tolkien and Douglas Adams to us, rather than Brothers Grimm, but I’ve always loved the tale of Red Riding Hood. The imagery is so striking – dark forests, red flowing capes, glowing yellow eyes peering out from the shadows. Staying on the path, veering off it, temptation, danger, empowerment… All of these things are deliciously irresistible to a writer!

Whether it was the traditional tale of the little girl outwitting the wolf with the help of the huntsman and saving grandmother in the process, re-tellings like Angela Carter’s, or the film and TV adaptations, I was always drawn to the wolf. Was he bad, or misunderstood? Was he the villain, or could he possibly be the hero?

And that’s what I wanted to explore in Taming the Big Bad Billionaire. I hope you enjoy reading it as much as I did writing it.

The Flaw in His Marriage Plan by Tara Pammi

I’ve always been fascinated by what makes a hero a hero. Especially in the context of the thrilling, dominating heroes who populate our favourite Mills & Boon Modern novels. For me, even the most irredeemable hero still has a core of something inside, a quality that just needs to be teased out by our spunky heroine.

Just like in The Frog Prince. I believe that depending on whichever version of the original Brothers Grimm tale you like, it took the heroine to not only see something heroic about the hero but also to give him that kiss or nudge or sometimes even to break the walls down—as in the case of Alessandra Giovanni, who makes Vincenzo see that at the core of him, he is a hero.

Especially when it comes to the woman he loves.

I hope you enjoy my version of The Frog Prince.

Will they live passionately ever after?

Once upon a time, in a land far, far away, there was a billionaire — or eight! Each billionaire had riches beyond your wildest imagination. Still, they were each missing something: love. But the path to true love is never easy…even if you’re one of the world’s richest men!
Inspired by fairytales like Beauty And The Beast and Little Red Riding Hood, the Once Upon A Temptation collection will take you on a passion-filled journey of ultimate escapism.

Cinderella is perhaps one of the most famous romance stories of all time. Could ANYTHING be more classic than this…Read more