Nora James on the inspiration behind His Christmas Feast 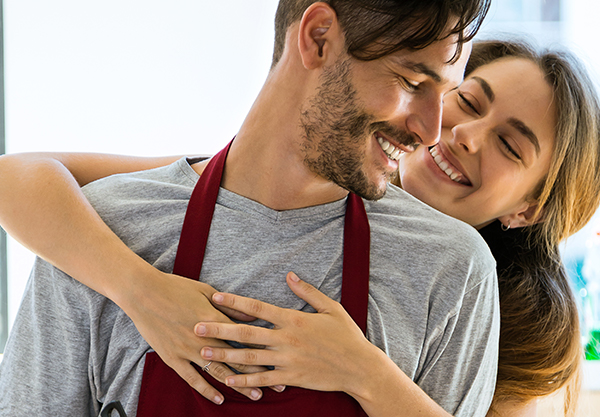 To celebrate the release of her new book His Christmas Feast, Nora James told us what inspired her to create her sexy hero, French chef Christophe.

After his girlfriend runs off with another man, French chef Christophe Duval swears to stay away from women. That all changes when his gorgeous neighbour Emily Brighton turns up at the lavish Christmas party he throws at his country home in Marandowie. The trouble is, Emily is the queen of mixed signals and Christophe’s along for a ride like no other. Will he ever understand her? Will he tame her? Or will the fence they set out to build between their properties keep them apart for good?

Christophe is everything I love in a man: he’s honest, charming and fun. He’s also endearing in many ways, determined and particularly handsome. His physique becomes an issue in the story. Personally, I’m not terribly at ease with men who are model-like – despite them being eye candy – and I think many women can relate to that, so it was something I was keen to explore with Christophe’s character and I have to say I had fun in the process!

Another issue I wanted to highlight, as I’m married to a Frenchman, was that an Aussie Christmas is different in many ways. Migrating to our lucky country often means family left behind in faraway lands. It’s sharing a barbecue under the patio instead of a roast dinner, escargots or Christmas Stollen. It’s bringing a plate (not an empty one like my husband did to his first Australian party), turning up in shorts and silver thongs instead of a lace cocktail dress. Reindeer and snow? Nope. Spicy mulled wine? A chilled beer’s more like it. Some will miss their birth countries, and it can be tough for those who, for one reason or another, find themselves alone. But there’s no denying that if you look around, the magic of Christmas is there, in a neighbourly gesture, a sincere smile, and in love waiting to be shared.

Nora was born in Stalybridge, Cheshire, England, the eldest of four children. She moved a great deal as a child, including from
England to Australia, Italy and France.

From a modest family, she started part-time work at a young age in a French bakery where she did her best to ignore her favourite
cake – the fraisier, a delicious strawberry confection. Despite her long days studying and working, she devoured Jane Eyre and
Madame Bovary at night.

She met the love of her life and now husband Dominique in high school in Paris and never looked back. Nora subsequently
completed Hypokhagne at the Lycée Fénelon, a prestigious literary and humanities class. But she and Dominique decided to leave
France in search of a better life.

They migrated to Australia with two cardboard suitcases and enthusiasm by the bucket load for the land of opportunity they found. They settled in Western Australia and took turns studying at university, where Nora obtained a law degree. Although she worked as a lawyer for well over a decade, Nora never stopped writing in her spare time. For ten years she was a member of a Western Australian critique group run by acclaimed author Anna Jacobs. Her debut novel, Dark Oil, was published in 2013 by Escape Publishing, followed by Paris by Heart in 2014.

She now lives in coastal France with her husband, their daughter, two dogs and two cats. She spends most of her days writing
novels, translating books, teaching English and generally enjoying life.

To find out more, visit Nora on her website.

‘A promising start to the Rainbow Cove Christmas series…’

After his girlfriend runs off with another man, French chef Christophe Duval swears to stay away from women. That all changes when his sexy neighbour Emily Brighton turns up at the lavish Christmas party he throws at his country home in Marandowie. The trouble is, Emily is the queen of mixed signals and Christophe is along for a rollercoaster ride like no other. Will he ever understand her? Will he ever tame her? Or will the fence they set out to build between their two properties keep them apart for good?

Love it or hate it, Love Actually is one of THE definitive Christmas movies of the past 20 years. As we head…Read more