Our Favourite Elly Moments From The Bachelor 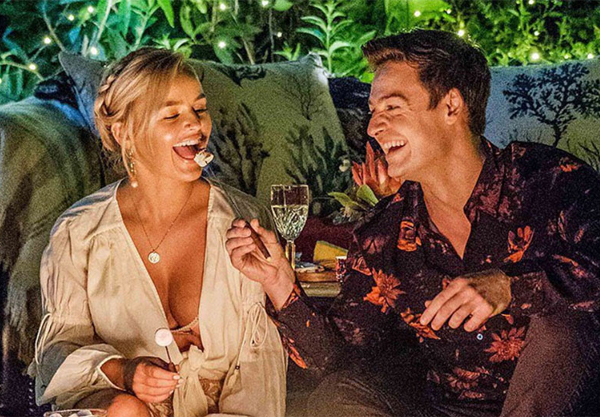 Amidst a cheerleader, a China lover, a clinger and the kind of chemistry that warrants a lab coat, Matt Agnew’s 2019 season of The Bachelor had plenty of unique characters.

Now that wholesome Nurse Elly is getting back into the ring for round 2, we can’t help but want to revisit her most memorable moments!

Meeting 28 women that you’re about to date and cull can be quite nerve wracking, naturally. Elly pre-empted this and pulled Matt aside to eat marshmallows. There was fire between the two, literally. They connected over the fact that Elly’s small hometown has a big telescope and Matt’s star sign is an astrophysicist. A match made in heaven!

The first cocktail party is always, without fail, a bloodbath. Matt pulled Elly aside, away from the chaos, to tell her she gave him butterflies. Despite making it sound like excitement is a disease, he awarded her the first ever golden ticket! And instead of taking her to a strange man’s chocolate factory, the ticket instead granted her a hometown date! Winning!

After charming Matt at the first cocktail party, Elly’s golden ticket won her a date in Matt’s hometown. Oddly enough, instead of going to his HOME, they went to Flemington Racecourse where they met Australian horse racing icon Gai Waterhouse. Bringing out the actual Melbourne Cup Trophy, Gai uttered the words “I’m gonna let you touch it” and touch it they did. It wasn’t the only thing that copped a feel that day, with the pair sharing a passionate kiss!

The moment that made Australia scold their television screens. Osher and his hair appeared at a cocktail party with two date cards up for grabs. Whoever used their date card of the two would get a rose. Elly had a date card in her hot little hands until Abbie convinced her to give it to her instead. Abbie claimed she felt she needed more time with Matt to chat on a deeper level. The only thing deep about the conversation that ensued was the exploration of the depths of each other’s mouths.

Fed up, Elly charged in on Abbie’s one-on-one time with Matt (gasp) at a cocktail party to tell him she didn’t think Abbie’s intentions were pure. You tell him girl! Shockingly, Matt threw the question back in her face, asking if SHE was there for the right reasons. Without batting an eye, Elly responded in the affirmative. Later, when Elly expressed her concerns to Abbie and revealed what she had told Matt, Elly was outcasted by the Gemini despite her previous kindness and her character was unceremoniously bashed.

It’s on once again for Abbie and Elly on tonight’s #TheBachelorAU but which one will come out smelling like roses after this intense cocktail party? Find out tonight 7.30 on 10.

Elly had a rough trot in 2019. Now with Elly and sister Becky teaming up to find themselves husbands in 2020, the power is in their hands. Keen is an understatement. Let there be love, roses, Osher Günsberg’s flawless hair and DRAMA!

Get ready for double the romance and double the fun with sisters, Elly and Becky 💕 #BacheloretteAU, coming soon on 10 @ellymiles @happylittlebeckymite

Author Eva Scott recaps all the drama, tears and joy of the final The Bachelor episodes this season. I am…Read more