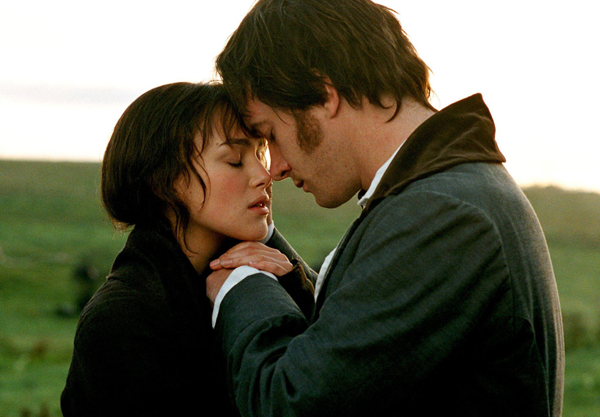 In celebration of her birthday, here is Jane Austen’s heroes, ranked, from best to worst love interest.

Obviously this is a highly objective, correct, and non-controversial list. Agree with me completely in the comments!

-Starts rumours about you being a slut

-Won’t tell his parents about you

-Teases you about that time he made you lie about everything while flirting with another woman even after you’re engaged.

“But though I was always doing wrong things, they were very bad wrong things, and such as did me no service.” Frank Crawford, Emma,

Seriously, Frank Churchill is the worst of the worst. Unlike Willoughby and Crawford, he hasn’t actually left anyone destitute and pregnant, but it gives me chills to think of someone I like living with this guy. AVOID.  This exchange with Emma and Jane at the end of the book leaves Emma feeling self-satisfied at having picked the superior candidate in Mr Knightley, but it leaves me with serious concerns for the life high-minded Jane is going to live with a charismatic narcissist in her fancy big house.

Jane was forced to smile completely, for a moment; and the smile partly remained as she turned towards him, and said in a conscious, low, yet steady voice,

“How you can bear such recollections, is astonishing to me!—They will sometimes obtrude—but how you can court them!”

He had a great deal to say in return, and very entertainingly; but Emma’s feelings were chiefly with Jane, in the argument; and on leaving Randalls, and falling naturally into a comparison of the two men, she felt, that pleased as she had been to see Frank Churchill, and really regarding him as she did with friendship, she had never been more sensible of Mr. Knightley’s high superiority of character. The happiness of this most happy day, received its completion, in the animated contemplation of his worth which this comparison produced.— Emma

(Emma is such a bitch. I love her)

-Way too close to his sister, you’ll never be able to compete

-Won’t marry you, will seduce you, will leave you pregnant and divorced

-Wants to marry your prudish cousin

Fanny Price comes so close to being the girl who gets the dubious prize of redeeming the bad boy. But she sticks to her guns, holds firm in her unrequited love, and trusts her instincts that she wouldn’t be happy with someone with no moral character. Fanny Price is sometimes despised as being meek, but when it counted she stood firm under immense pressure, and avoided a horrible and unequal partnership as a result. Learn from Fanny. Henry Crawfords are not good for you. 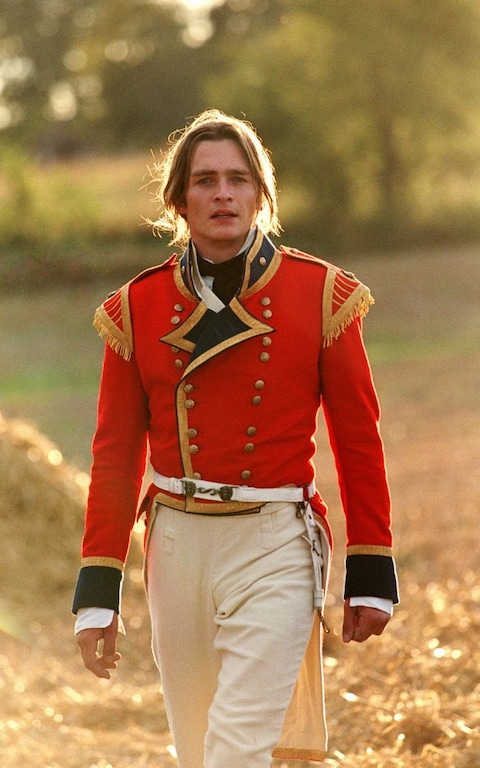 Look, Lydia is pretty robust, and I can imagine her being pretty cheery even with lots of children, no money, and a charming unreliable rascal husband. The fact that she spends her life sponging off her wealthier sisters suggests she remains pretty good at getting the most out of everything. But have you ever read a more grim line about a marriage than this one?

“His affection for her soon sunk into indifference; hers lasted a little longer; and in spite of her youth and her manners, she retained all the claims to reputation which her marriage had given her.”—Pride and Prejudice

– Has a respectable living, across the lane from Rosings Park
– Likes to prepare bon mots in advance; practically an 19thC pick up artist. (Refuse his offer of marriage to discover his skill at neggging)
– Ewwww. 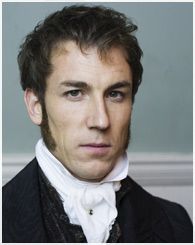 -Your older sister says she has dibs tho

-hung up on his ex

At the end of Sense and Sensibility, Colonel Brandon has come to just about everyone’s rescue, including not one but two beautiful, sad, discarded teenage girls. Everyone in his life decides he’s earned his second love as his wife: “They each felt his sorrows, and their own obligations, and Marianne, by general consent, was to be the reward of all.” Marianne marries him “with no sentiment superior to strong esteem and lively friendship”, but “Marianne could never love by halves; and her whole heart became, in time, as much devoted to her husband, as it had once been to Willoughby.” Is it a better fate than if she had married the passionate, but selfish and mercenary Willoughby? Or if she had spent her life dedicated to her unrequited love?

– under the thumb of his bitch girlfriend

– too honourable to make a move on you

Seriously, if it wasn’t for Elinor trying to sort his life out for him SO HE COULD MARRY ANOTHER WOMAN, Edward would still be frozen in a state of indecisive honourableness in a drawing-room in his mother’s house somewhere. The kind of guy people only really put up with because they like his wife.

-not great at decision making, easily imposed upon

-not quite handsome, but very near it

-definitely no wives hidden in the attic

-Kind when he doesn’t have to be

You KNOW you’ve had that crush that is all the more intense because he tells you about the girl he’s in love with and you know that even though you can never have him, HE COMES TO YOU and that means something, right?

-Will rescue your sister without being asked

-Can’t shake his passionate devotion for you despite his misgivings

-Have you seen his beautiful grounds at Pemberley

Lizzie Bennet needs a man who can match her intelligence, and Darcy needs a wife who can knock the corners off his ego. We can all learn a thing or two about a happy ever after along with Darcy’s lil sis:

Georgiana had the highest opinion in the world of Elizabeth; though at first she often listened with an astonishment bordering on alarm at her lively, sportive, manner of talking to her brother. … By Elizabeth’s instructions, she began to comprehend that a woman may take liberties with her husband which a brother will not always allow in a sister more than ten years younger than himself   .—Pride and Prejudice

-You’ll never get over him

-Learns from his mistakes, apologises, and begs for your forgiveness and your hand

-Take him back when he is half agony, half hope

Frank Wentworth is not your ordinary hero. He’s a soldier and a sailor, he’s risked his life and led men in war, he’s worked his way up to wealth and power with his own daring. And Anne Elliot wanted him SO much, and for so long, without any hope that he would come back to her. It’s revolutionary that Austen had the character of this strong-willed, successful and sought-after man realise he had been wrong, admit he’d acted badly, and break himself down enough to seek forgiveness. Just read the whole letter, and tell me that I’m wrong.

“I can listen no longer in silence. I must speak to you by such means as are within my reach. You pierce my soul. I am half agony, half hope. Tell me not that I am too late, that such precious feelings are gone for ever. I offer myself to you again with a heart even more your own than when you almost broke it, eight years and a half ago. Dare not say that man forgets sooner than woman, that his love has an earlier death. I have loved none but you. Unjust I may have been, weak and resentful I have been, but never inconstant. You alone have brought me to Bath. For you alone, I think and plan. Have you not seen this? Can you fail to have understood my wishes? I had not waited even these ten days, could I have read your feelings, as I think you must have penetrated mine. I can hardly write. I am every instant hearing something which overpowers me. You sink your voice, but I can distinguish the tones of that voice when they would be lost on others. Too good, too excellent creature! You do us justice, indeed. You do believe that there is true attachment and constancy among men. Believe it to be most fervent, most undeviating, in F. W.”

In Frederick Wentworth, Anne Elliot gets the happiest of endings. “Anne was tenderness itself, and she had the full worth of it in Captain Wentworth’s affection.”—Persuasion

Mr. Knightley, in fact, was one of the few people who could see faults in Emma Woodhouse, and the only one who ever told her of them…—Emma

-Will tell you when you’re being a dick; loves you anyway

-Knows you better than you know yourself

From the very first moment that Mr Knightly walks in on a devastated Emma, who’s realising for the first time that she only ever really had one friend in the world, and cheers her up by being the person who can ‘meet her in conversation, rational or playful’, he stands out as the perfect match for Emma. Don’t look past a hero who can fit himself into your intimate circle (of family! And friends!), meets you on an intellectual and moral level, and is crazy in love with you.

ALSO. When Mr Knightley offers to leave his own grand home at Donwell Abbey to live with Emma at Hartfield, he is making a hugely unconventional sacrifice. Wealthy gentlemen do NOT knock themselves off the patriarchy ladder for love, but Knightly does just that, and Emma gets to keep everything she has ever loved about her little kingdom, with status, happiness and companionship into the bargain.

Of their all removing to Donwell, Emma had already had her own passing thoughts. Like him, she had tried the scheme and rejected it; but such an alternative as this had not occurred to her. She was sensible of all the affection it evinced. She felt that, in quitting Donwell, he must be sacrificing a great deal of independence of hours and habits; that in living constantly with her father, and in no house of his own, there would be much, very much, to be borne with. … Such a companion for herself in the periods of anxiety and cheerlessness before her!—Such a partner in all those duties and cares to which time must be giving increase of melancholy! —Emma