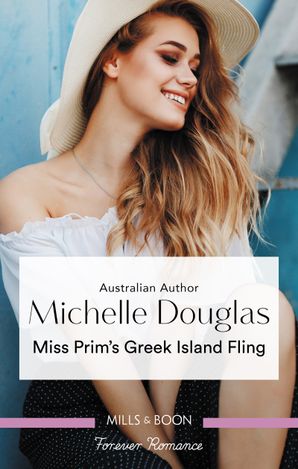 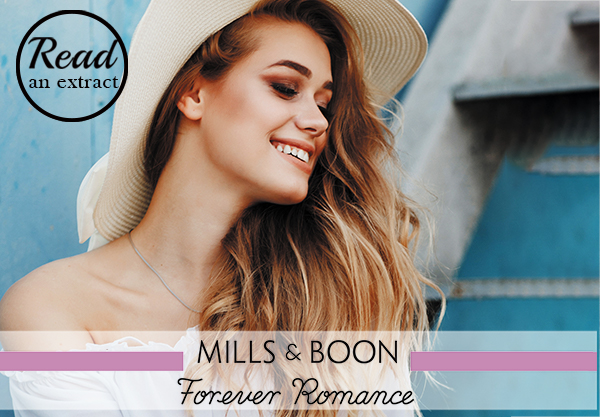 After a devastating betrayal, Audra Russel escapes to her brother’s Greek island to lick her wounds. Only she soon finds her brother’s best friend, Finn Sullivan, is holidaying there too! He may be recovering from a near-fatal accident but the irresistible daredevil is intent on showing buttoned-up Audra how to have a good time – and now that she’s started, she doesn’t ever want to stop!

Audra pressed her ringing phone to her ear at exactly eight twenty-three the next morning. She knew the exact time because she was wondering when Finn would emerge. She’d started clock-watching—a sure sign of worry. Not that she had any intention of letting Rupert know she was worried. ‘Hey, Rupe.’
He called to check on her every couple of days, which only fed her guilt. Last night’s false alarm sent an extra surge of guilt slugging through her now. ‘Sorry about last night’s fuss. I take it the police rang to let you know what happened.’
‘They did. And you’ve nothing to apologise for. Wasn’t your fault. In fact, I’m proud of the way you handled the situation.’
He was? Her shoulders went back.
‘Not everyone would’ve thought that quickly on their feet. You did good.’
‘Thanks, I… I’m relieved it was just Finn.’ She flashed to the lines of strain that had bracketed Finn’s mouth last night. ‘Do you know how long he plans to stay?’
‘No idea. Do you mind him being there? I can ask him to leave.’
‘No, no—don’t do that.’ She already owed Rupert and the rest of her family too much. She didn’t want to cause any further fuss. ‘He wasn’t looking too crash hot last night. I think he needs to take it easy for a bit.’
‘You could be right, Squirt, and I hate to ask this of you…’
‘Ask away.’ She marvelled how her brother’s Squirt could sound so different from Finn’s. When Finn called her Squirt it made her tingle all over.
‘No, forget about it. It doesn’t matter. You’ve enough on your plate.’
She had nothing on her plate at the moment and they both knew it. ‘Tell me what you were going to say,’ she ordered in her best boardroom voice. ‘I insist. You know you’ll get no peace now until you do.’
His low chuckle was her reward. Good. She wanted him to stop worrying about her.
‘Okay, it’s just… I’m a bit worried about him.’
She sat back. ‘About Finn?’ It made a change from Rupert worrying about her.
‘He’s never had to take it easy in his life. Going slow is an alien concept to him.’
He could say that again.
‘He nearly died up there on that mountain.’
Her heart clenched. ‘Died? I mean, I knew he’d banged himself up pretty bad, but… I had no idea.’
‘Typical Finn, he’s tried to downplay it. While the medical team could patch the broken arm and ribs easily enough, along with the dislocated shoulder and wrenched knee, his ruptured spleen and the internal bleeding nearly did him in.’
She closed her eyes and swallowed. ‘You want me to make sure he takes it easy while he’s here?’
‘That’s probably an impossible task.’
‘Nothing’s impossible,’ she said with a confidence she had no right to. After all her brother’s support these last few weeks—his lack of blame—she could certainly do this one thing for him. ‘Consider it done.’
‘And, Audra…?’
‘Yes?’
‘Don’t go falling in love with him.’
She shot to her feet, her back ramrod straight. ‘I make one mistake and—’
‘This has nothing to do with what happened with Farquhar. It’s just that women seem to like Finn. A lot. They fall at his feet in embarrassing numbers.’
She snorted and took her seat again. ‘That’s because he’s pretty.’ She preferred a man with a bit more substance.
You thought Thomas had substance.
She pushed the thought away.
‘He’s in Kyanós partly because he’s trying to avoid some woman in Nice.’
Good to know.
‘If he hurts you, Squirt, I’ll no longer consider him a friend.’
She straightened from her slouch, air whistling between her teeth. Rupert and Finn were best friends, and had been ever since they’d attended their international boarding school in Geneva as fresh-faced twelve-year-olds.
She made herself swallow. ‘I’ve no intention of doing anything so daft.’ She’d never do anything to ruin her brother’s most important friendship.
‘Finn has a brilliant mind, he’s built a successful company and is an amazing guy, but…’
‘But what?’ She frowned, when her brother remained silent. ‘What are you worried about?’
‘His past holds him back.’
By his past she guessed he meant Finn’s parents’ high-octane lifestyle, followed by their untimely deaths. It had to have had an impact on Finn, had to have left scars and wounds that would never heal.
‘I worry he could end up like his father.’
She had to swallow the bile that rose through her.
‘I’m not sure he’ll ever settle down.’
She’d worked that much out for herself. And she wasn’t a masochist. Men like Finn were pretty to look at, but you didn’t build a life around them.
Women had flings with men like Finn…and she suspected they enjoyed every moment of them. A squirrel of curiosity wriggled through her, but she ruthlessly cut it off. One disastrous romantic liaison was enough for the year. She wasn’t adding another one to the tally. She suppressed a shudder. The very thought made her want to crawl back into bed and pull the covers over her head.
She forced her spine to straighten. She had no intention of falling for Finn, but she could get him to slow down for a bit—just for a week or two, right?