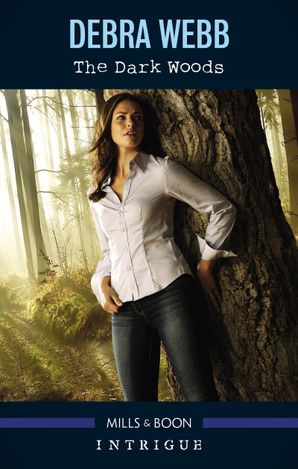 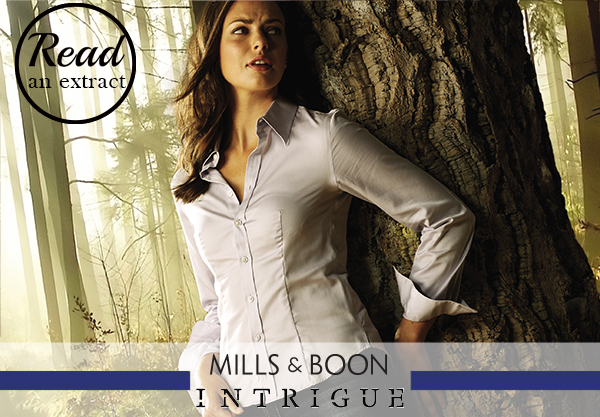 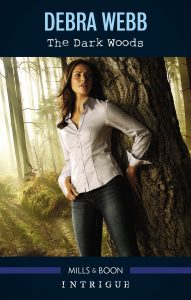 THE DARK WOODS by Debra Webb

Will uncovering the truth about her past…destroy her future?

Driven to discover what really happened to her parents twenty-seven years ago, Sasha Lenoir seeks US Marshal Branch Holloway’s help. It’s a big risk. What if her former lover learns her long-held secret? But as their reignited desire draws them back into each other’s arms, Sasha knows that Branch deserves to hear the truth. But will telling him about her past cost her a second chance with the man she never forgot?

Sasha sent the text and tucked the phone into her pocket. Downstairs the kettle screamed for her attention. She could taste the bitter tang of the tea already. Her grandmother was a die-hard Earl Grey fan. Sasha compensated with an abundance of sugar and milk.
With a quick twist of the knob she doused the fluttering flame under the kettle. She grabbed a cup and the ceramic box where her grandmother stored her tea. She dropped a bag into the cup and grabbed a mitt to pour the hot water. While the tea steeped she went to the refrigerator for the milk and rounded up the sugar.
The doorbell rang, echoing its Westminster chime through the house. Hoping it wasn’t another plant since the front parlor was full already, Sasha made her way to the entry hall. Rey had suggested the plants be donated to one or more of the nursing or assisted living homes in the area. First thing tomorrow a local floral shop was sending a van to collect the plants and divide them up among the three homes in the Winchester area. It was a good solution, one her g’ma would approve of. Sasha peeked beyond the drapes, didn’t see anyone on the porch or in the drive. Frowning, she unlocked the door and opened it. Definitely no one on the porch or in the driveway.
When she would have turned away, she spotted the corner of a pink envelope sticking up from the mailbox hanging on the wall next to the door. Had someone dropped off a sympathy card? Maybe a neighbor who hadn’t been able to make it to the service or to the gathering.
Sasha tugged the envelope from the mailbox, then went back inside and closed the door. Her name was scrawled across the front. She turned the envelope over, noted the bold H stamped on the flap. Her heart stumbled as she opened it. The single page inside was folded twice. Frowning, Sasha unfurled the page and read the brief note that went straight to the point and then the name signed across the bottom of the page.
There are things your grandmother should have told you…about your parents. We should talk. Arlene Holloway.
For twenty-seven years the world had believed Sasha’s father had killed her mother and then himself.
Deep down she’d had questions, had doubts. But each time Sasha had broached the subject, her grandmother hugged her and said that sometimes bad things happened to good people. Her grandmother was like the policemen who came to her parents’ house that night. They didn’t want to listen to what a traumatized nine-year-old had to say. Two people were dead and nothing on earth was going to bring them back.
But Sasha remembered vividly what no one had wanted to believe.
She had heard at least one stranger’s voice that night…maybe two. Voices that didn’t belong to her mother or to her father or to anyone else she recognized.
Someone else had been in the house the night her parents died.