Read a sneak peek: His Christmas Feast by Nora James 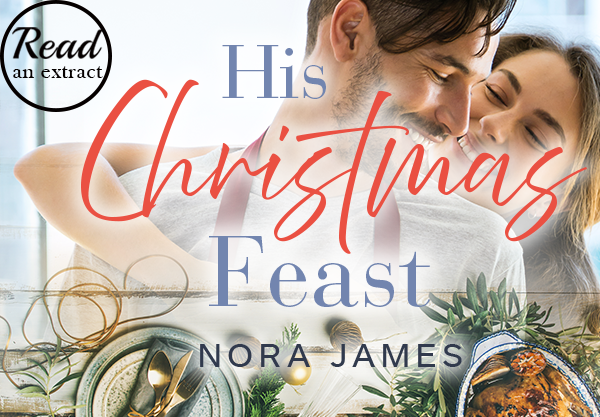 After his girlfriend runs off with another man, French chef Christophe Duval swears to stay away from women. That all changes when his sexy neighbour Emily Brighton turns up at the lavish Christmas party he throws at his country home in Marandowie. The trouble is, Emily is the queen of mixed signals and Christophe is along for a rollercoaster ride like no other. Will he ever understand her? Will he ever tame her? Or will the fence they set out to build between their two properties keep them apart for good?