Read a sneak peek: Seduced by the Stranger by Alyssa J. Montgomery 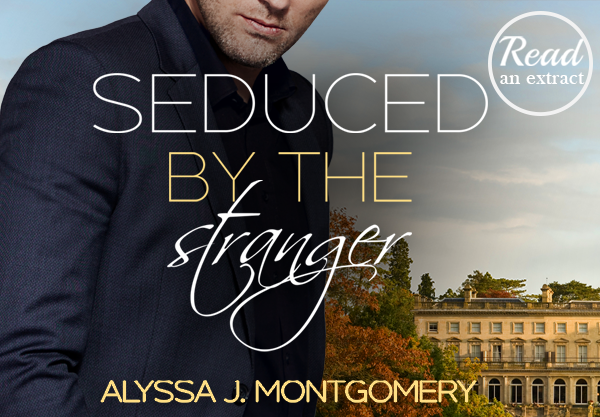 Seduced by the Stranger

No matter what is thrown their way, true love will endure…

I can’t do this. I can’t go through with it.

Moments from the altar, dressed in an ugly wedding dress that is the least of her problems, Jenna Sinclair has a moment of clarity. For weeks she’s been living in a fog, trying to piece together her life after the accident that almost killed her. Believing, all the while, that she has no other option but to proceed with a marriage to a man she doesn’t love. Now she finds herself torn between her trust in family and the attraction she feels for a man who’s a complete stranger. But if she doesn’t even know who she really is, how can she know if she can trust the stranger who is claiming her as his?

‘Stop! This wedding is not taking place!’

Max Bennett has only ever loved one woman-Jenna. Time after time her family has ripped them apart but now, when Jenna’s life is in danger and she needs him the most, there’s not a chance in hell he’ll let her go. All he needs to do is reignite the love she once had for him … which means keeping a secret that could destroy her trust.

With danger stalking them, can Jenna and Max find their way back to each other before it’s too late?

Seduced by the Stranger by Alyssa J. Montgomery will be available from the 4th of October 2019

One fast horse, and a whirlwind romance set among the glamour of Royal Ascot. Shannon Bassett It’s a long way…Read more

An island honeymoon for one…becomes a racy fling for two! My friends and I have a ‘pleasure pact’ – live…Read more