Read a sneak peek: Shadow and Ice by Gena Showalter 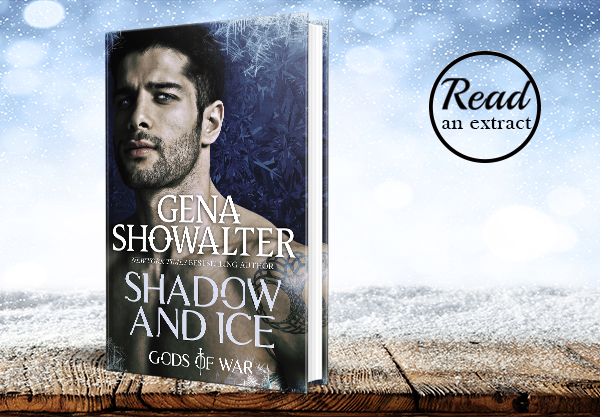 The New York Times bestselling author who brought you the Lords Of The Underworld, introduces a scorching new paranormal romance series… GODS OF WAR. The epic saga begins with book one, Shadow And Ice…

Knox of Iviland has spent his life competing in the All Wars, where vicious warriors with supernatural powers fight to the death to claim new realms. One winner takes everything – and all losers die. Enslaved as a child for his ability to control shadows, the most ruthless champion in history will stop at nothing to kill his king. But first he must win the battle for Earth. When a fearsome weapon imprisons every combatant in ice, centuries pass without progress…until she walks in.

Vale London craves a fun arctic getaway with her foster sister before settling down to open a bakery. Street-tough but vulnerable, she is unprepared to find ancient gods escaping a frozen cave – merciless beings who target her when she inadvertently enters their war.