In 2003 I was busy doing my degree in anthropology when an old flatmate from my London days invited me to visit her in Papua New Guinea.  I was off like a shot.  Not much to do in Port Moresby except make your own fun and the ex-pat community are seriously good at that.  Every two years they have the Kiwi Ball held by the New Zealand High Commission.  It’s the highlight of the ball season (yes, there’s loads of glam-up balls every year) and I didn’t have a partner.  My dear friend Catherine hooked me up with a lovely chap who was stationed with the Australian Army and married, considered a ‘safe’ bet in a town where a new face was fair game on the dating scene.

There was something about this man and we just clicked.  We spent the entire ball chatting, we couldn’t stop!  It was clear to both of us something special was going on; the catch was he had a wife and I had a boyfriend.  I chickened out big time and, while nothing ever occurred between us, I made it clear nothing could while we were committed elsewhere.  You know what they say about married men, right?

A year later I realised I’d made a pretty big mistake.  I had broken up with the man I’d been dating (loser) and had been dating others (total losers) while rapidly realising I’d let the man of my dreams get away.  Suddenly there was a job available in Port Moresby so I jumped at the chance only to arrive and discover my dream man had left PNG and the Army.  He’d disappeared and no one could give me a contact address.

Flash forward six years and Catherine happens to mention he’s connected with her on Facebook.  I tentatively contacted him to congratulate him on the degree he’d attained recently (well, a girl needed a reason).  He was coming to Brisbane for business so we had dinner one night.  Then again the next night and the next.  Nothing had changed, but this time we were both free to pursue this magical thing we’d found.  Fate intervened with a redundancy and new job offer in Queensland for him within three months of us reconnecting.

Then he told me this story about how he’s collected all the Disney movies in the hope that one day he could watch them with his child, but in all the years they were married he and his ex-wife sadly could never conceive.  So we brought some Disney movies and…….

Some folk say we rushed at things too fast, but we’re both in our forties and you don’t muck around when you find ‘the one’.  Four years later we’re blissfully happy and things are getting richer all the time.  If you find your ‘one’, don’t wait or hesitate like I did – jump right in and hold on tight. 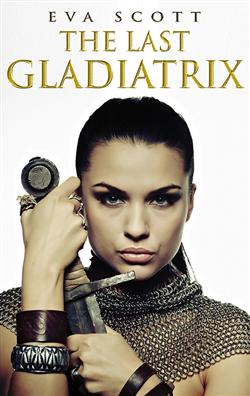 Eva Scott lives on the Sunshine Coast in Queensland with her family and three dogs. When she’s not writing, you can find her out on the water kayaking, fishing or swimming. When on dry land, it’s all about the shoes and the coffee.

Eva’s novel The Last Gladiatrix is set in the dust and death of the Colosseum, where a slave fights for freedom, a soldier fights for his life, and they both fight for the love that has been forbidden.