I spent my teenage years in France where I went to high school. I’d been at the Lycée Romain Rolland for about a month when my best friend pointed to a kid in the corridor and said “See that guy over there? I have a feeling he’s the one for you.”

She’d always told me she had psychic powers, but I figured it was something she said to attract attention, like dyeing your hair pink or wearing earrings the size of dinner plates, so I laughed it off. After all, how could she be right? He wasn’t even my type. He was skinny and pale with dark eyes when I dreamed of tousled golden locks and eyes of blue.

Three months later, a friend of a friend introduced us and surprisingly it was love at second sight, so much so that I stuttered each time I tried to answer his questions! He still teases me about that. Talk about chemistry…

But as a reasonable teenager I was determined to be a free spirit so I gave myself two weeks with him. The plan was to break up and move on and experience all the world had to offer. Two weeks turned into two months and here we are three decades later. We’ve weathered all sorts of storms and stayed strong through illness, angst, and sorrow. We’ve been blessed with unimaginable joy. We have fun every day and I don’t want to know what it would be like to breathe without him.

Sometimes you don’t choose love – it chooses you. 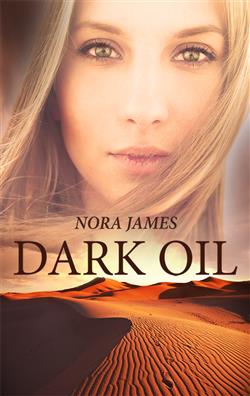 Nora James started her working life at age 14 in a bakery in Paris. She held a number of other jobs before studying law at the University of Western Australia and becoming an international resources lawyer and translator. She has travelled extensively, both as a child and adult, for family reasons, work and pleasure. She now writes novels and screenplays from her home in coastal Western Australia, where she lives with her husband and daughter and a menagerie of furry friends.

Dark Oil, Nora’s first novel is a contemporary romance featuring a resources lawyer, an intriguing, if easygoing colleague, an oil contract under threat, four long-haul threats, and a surprising setting.