Share series
The gripping conclusion to the darkly sensuous, Didn't I Warn You. Didn't You Promise combines all-consuming sexual and romantic obsession with international white-collar espionage.

He always keeps his promises…

Angelina has sacrificed everything to be with the man she loves. Forced to abandon her family, and even her own identity, Angelina depends on Haithem as never before. With no more secrets between them, Haithem has become the source of all her needs. Sexually. Emotionally.

But not even Haithem can hide forever.

While they're sneaking across borders, avoiding persecution from everyone who would see Haithem dead and his prototype stolen, the media storm surrounding Angelina's disappearance continues to mount.

For Angelina, it's a brutal reminder of what she's left behind and the pain she's caused to those who believe her dead or held against her will. To Haithem, it's a warning: he stands to lose the one person left in his life he loves beyond measure. The hunt won't be called off until his enemies have destroyed him, his life's work and everyone involved – including Angelina.

He has only one choice. He's promised to protect her. And Haithem always keeps his promises. 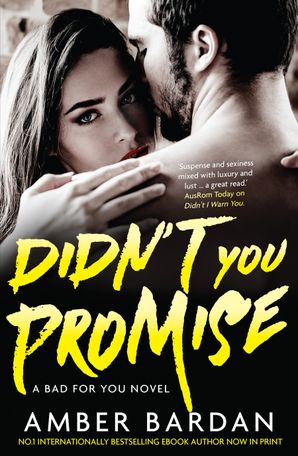 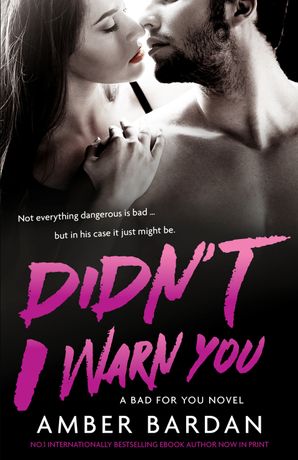 Didn't I Warn You

Book one of a darkly sensuous duology, Didn't I Warn You combines all-consuming sexual and romantic obsession with white-collar espionage and international intrigue.Not everything dangerous...
Buy now
Read Excerpt 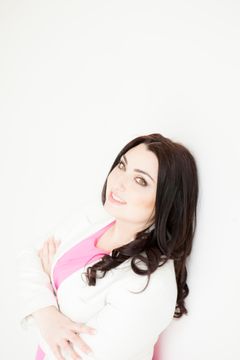 Since discovering how to turn daydreaming into a job, Amber Bardan now spends her time in a coffee-fueled adrenaline haze, writing romance with a thrilling edge.