Nate Walker leaves behind his family's wealth to strike out on his own. And then his car breaks down on a dark road, leading him right to White Caps Inn…and Frankie Moorehouse. Suddenly Nate has a job he doesn't need – and an affair that has to end when summer does. Except Frankie gets under his skin and makes him want to do what he never thought he could: stay forever.

Ruthless might as well be Gray Bennett's middle name. When the DC insider talks, people listen. But Gray hasn't come home to play politics. Or to play at all. A tragedy has brought him back to face everything he left behind. Including sweet Joy Moorehouse. Gray won't lay a hand on the innocent…until the night comes that he can no longer resist. That's when he discovers a secret that leaves him wanting more.

Alex Moorehouse has always yearned for his best friend's wife, but when an accident makes her a widow, the grief – and the guilt – threaten to sink him. But as they reluctantly work together to rebuild his family's bed–and–breakfast, and his anguished heart in the process, will their growing bond be strong enough to survive both of their secrets?

Michael "Spike" Moriarty has a thing for Madeline Maguire. But he's not the man for her. He has a dark past and it's all coming to the surface. Madeline's been burned enough to know better. Yet when she needs help to ward off her scheming family, Spike is the one at her side. He says they can only be friends, but his actions tell a very different story…

Four reader–favourite stories originally published as Beauty and the Black Sheep, His Comfort and Joy, From the First and A Man in a Million. 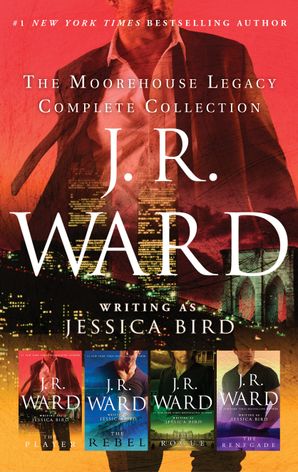 The Rebel / The Player / The Renegade / The Rogue