Close to the Truth 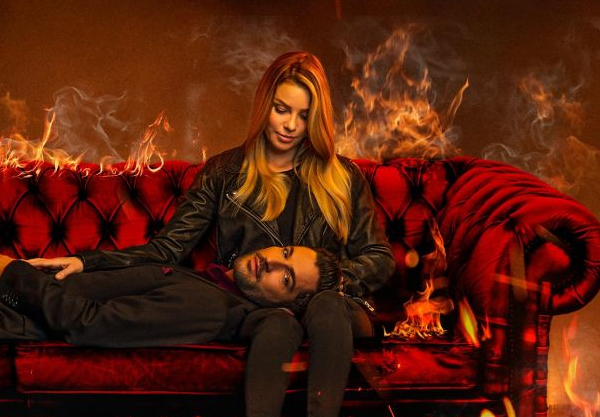 I love researching and writing about the paranormal. Sometimes in the form of paranormal romance and sometimes where the very human characters are investigating the paranormal. In Close to the Truth, Jasmine, a respected TV biologist, returns home to investigate the local cryptid for her TV show. Will it be a myth, a hoax or a cryptid? Someone doesn’t want her to find out and then the trouble really begins.

Because Close to the Truth deals with cryptids, I’d like to give a shout-out to all the TV shows that delve into cryptozoology—and there are a lot. Some specialise in Big Foot, others are broader. But looking at the evidence and trying to determine if the cryptid could be real is fun.

In that vein the first TV show on my list is River Monsters.

River Monsters is hosted by Jeremy Wade and he travels the world digging into the truth behind local legends in riverways and lakes. It’s a mix of science and fishing and exploring possibilities and was one of the inspirations behind my fake TV show in Close to the Truth. While River Monsters is more of a nature documentary, the rest on my list are all fiction.

Staying on a similar track is the TV show Primeval. Here humans are investigating some weird animals that appear before discovering an anomaly that is letting them through. And it’s not just creatures from the past. Again, this show has scientists in the lead, and it mixes the science with danger.

Torchwood, the Doctor Who spin-off, has humans investigating alien activity on Earth. They have alien tech and they are trying to keep everyone safe from various threats.

I couldn’t really make this list of humans investigating the paranormal without mentioning The X-Files. It’s a classic—the believer and non-believer. Where do the facts point? Or will the mystery remain just that? That and the sexual tension kept people watching for years.

While Moonlight only lasted for one season, I loved it. It had crime and romance as the vampire private investigator and investigative reporter clashed and tried not to fall in love. The reporter wanted to uncover the truth and the vampire was trying not to come out of his freezer.

Lucifer follows in a similar vein in that is has the romantic tension between a heroine who wants to uncover the truth and Lucifer who wants to keep her safe (given that she is human, and he is the actual devil). There’s a crime to solve each week and more often than not Lucifer assists as her unofficial partner.

The clash between a character wanting to see behind the curtain and a character wanting to keep it firmly closed is a popular trope. For many of our supernatural detectives, they want to keep their secret world just that, secret, fearing exploitation by government or a pitchfork attack by their neighbours (and I don’t blame them, they are probably right with both assumptions). But that’s not the only way to keep the series interesting.

Grimm introduced us to the world of fairytale monsters and the wessen—part animal, part human and not always evil. A detective keeps the city safe from supernatural threats, but also learns about his own family and powers as he does. The paranormal element is still a secret from most of the population and the conflict is between what he has to do as a detective and what he has to do as a Grimm (one who is charged with killing wessen).

The Dresden Files (book and TV show) is about a wizard private detective who takes on magical cases. As the books have gone on they have moved away from the simple taking of cases and into much bigger earth-shattering issues. But the early ones were more focussed on crime solving and magic and the hero was always in danger from human mobsters, vampires, werewolves or the fae.

While I haven’t watched iZombie, I have been told it is excellent (and it is on my to-watch list), if you don’t mind the brain eating. A zombie tries to pass as a human and helps the cops solve crimes using the memories that she gets from the brains she eats.

I’m sure that there are many more that could be put on this list, but what I have noticed is that when it’s humans investigating the paranormal there are scientists and when the paranormal are policing their own they tend to be private investigators and they usually have a cop on their side.

If you like danger and trying to solve crime, with a dash of the supernatural—or is it?—check out Close to the Truth.

Shona Husk is the author of over forty books that range from sensual to scorching, and cover the contemporary, paranormal, fantasy and sci-fi romance genres. Her most recent series are Face the Music and Coven of the Raven. She lives in Western Australia and when she isn’t writing or reading, she loves to cook, cross-stitch and research places she’d one day like to travel.

Close to the Truth

Is the truth worth dying for?

TV biologist, Jasmine Heydon, escaped Bitterwood once. She was 16 and run out of town by the cops for the crime of being born on the wrong side of the tracks. Ten years later, she’s changed a lot but Bitterwood hasn’t. The town’s only claim to fame is the legend of the River Man, a murderous creature who first killed a century ago. Back in town to film a show about the River Man, Jasmine plans to put the mystery to rest once and for all.

Bitterwood’s favourite son, Gil Easton, has never forgotten Jasmine, and he’s never forgiven his father, the chief of police, for running her off. But now Jasmine is back, stirring things up. This time, Gil is determined to stand by her even when the locals want her silenced.

As Gil works to unearth the truth, Jasmine tries to understand her own childhood sighting of the monster. As the threats escalate, the search for the truth grows dangerous … because the River Man is killing again.

As if everything isn’t already crazy enough this year, we are about to enter a period where Mercury is in…Read more