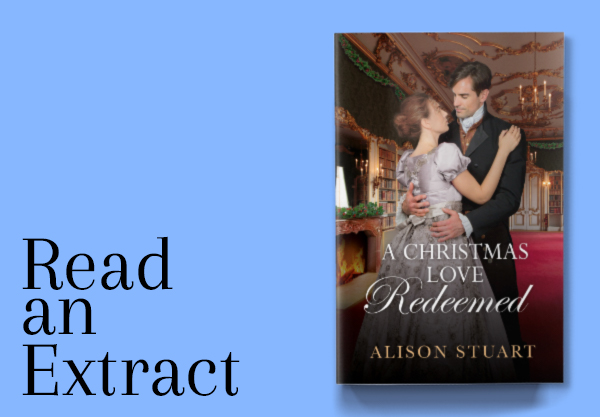 Once, on Christmas Day, she sacrificed her heart to save his life. Now, after nine years, will a single glance spark the fire of redemption?

Fabien, Comte de Mont Clair, once a highly decorated officer of the exiled Napoleon, cuts a dashing swathe through a London society ball, his eyes only for the glittering ladies of the ton. His heart jolts at the sight of a woman sitting in a shadowed corner. Not just any woman, but one he would have once given the world for.

For Hannah, Lady Maxwell, catering to the spoiled darlings of the ton as a humble chaperone is nothing compared to the pain she suffered at the hands of her late husband. Alone and impoverished, she is a person of no consequence but once, a long time ago, she sacrificed her world for the dashing Comte de Mont Clair. Now all she can do is hope that he may glance her way …

Revised and updated. Previously published as Nine Years ‘Til Christmas in the 12 Rogues of Christmas anthology

London, 16 December 1816
Fabien Brassard, the Comte de Mont Clair, paused at the head of the graceful stairs leading down into the ballroom of his sister’s fashionable Mayfair residence. Delicate lace fans waved in sudden agitation as if a draught of tropical air had descended on the room. Aware that his entrance had created something of a stir, Fabien touched the diamond cravat pin at his throat and surveyed the crowded room.

‘You’re late, Fabien,’ his sister remarked as he stooped to kiss her proffered cheek. ‘I thought your manners were better than that?’

‘I was unavoidably detained,’ the Comte murmured.

‘Who was she?’ his sister enquired in a tone that indicated she did not expect an answer, but had resigned herself to her brother’s frequent, unavoidable, detentions.

Fabien did not reply, merely gave Marie the benefit of his most charming smile and offered her his arm. She guided him towards her husband, skilfully traversing the sea of suitable young women, who simpered in his general direction, fans fluttering like a rabble of butterflies.

As they approached, one of the men gave a snort and said, ‘Who’s that Frenchy with your wife, begod? One minute we’re fighting the damn scoundrels and next they’re taking over our ballrooms and seducing our women.’

Marie’s fingers dug into Fabien’s arm, warning him, reminding him that this was London and he was a Frenchman on English soil. His sister had married the Earl of Lydbury during the time of peace between the two countries, before Napoleon had taken it upon himself to return to France the previous year.

‘That Frenchy is my brother-in-law,’ Lydbury said, his stiff tone revealing his thoughts on his friend’s outburst. He turned to greet Fabien with an outstretched hand. ‘Mont Clair, old chap!’

‘What brings you to London, Mont Clair?’ one of Lydbury’s companions enquired.

Lydbury answered for him. ‘He’s here at the behest of the French Ambassador. Some trade negotiations or another.’
‘Do you speak English?’ the first man, who had been so insulting, enquired.

Fabien was tempted, for a moment, to pretend he didn’t. Instead, he smiled at the man. ‘I speak it fluently, sir.’
‘Mont Clair was a prisoner of war here for a few years,’ Lydbury said.

‘Oh, so you fought for the bastard Napoleon?’

‘I served in the navy of France,’ Fabien replied. ‘My loyalty is always to my country first.’

The man snorted, and his eyes narrowed. ‘I lost my boy at Copenhagen.’

Fabien inclined his head. ‘I am sorry for your loss, sir. There were too many deaths.’

‘I think,’ Marie said, ‘that this is not an occasion for discussing such things, gentlemen. There are so many beautiful young women and, messieurs, your own good wives, to divert you from any dark thoughts.’

‘Marie, my dear you’re right as always.’ Lydbury indicated a group of young ladies who were watching the group from over the top of their fans. ‘There’s some fine lookin’ fillies with an eye for you, Mont Clair.’

‘I’m not here to entertain fatuous young girls,’ Fabien hissed in his sister’s ear as she turned him to face the room again.

Marie’s smile did not slip as she murmured, ‘No, indeed, married women are far more your style, are they not brother?’
Fabien glowered at her, but undeterred, she steered him towards another clutch of debutantes hovering near one of the elegant pillars with their chaperones.

She reeled off the young ladies’ names and Fabien bowed low as the girls curtseyed in a sigh of silk and satin dresses. As he raised his head he allowed his gaze to stray with more interest over the formidable mamas and chaperones standing in a group behind the girls. Marie was correct, a neglected, attractive married woman made a much more interesting target than these fluttering ninnies.

One woman stood apart from the others, almost lost in the shadow of the balcony, but he felt her gaze on his face, searing to his soul. Her dreary gown set her apart as the chaperone of one of the young women, and he glimpsed apprehension in her stiff shoulders. Apprehension and yet something familiar.

It couldn’t be …? Surely not? Not after all these years?

‘Fabien?’ Marie’s voice jolted him back to the present.

‘My apologies. Mademoiselle.’ He offered his arm to the nearest girl. ‘May I have the pleasure?’

His partner giggled, and he winced inwardly, ignoring the surreptitious victory glances she cast towards her friends as he led her on to the dance floor. He made polite conversation, but he kept glancing back at the mysterious woman in the grey gown. She seemed to have completely retreated into the shadows of the balcony.

‘You are here with friends, mademoiselle?’ he asked.

‘Oh yes,’ the girl, whose name he could not recall, responded.

‘And who is the lady in the grey gown, who hides in the shadows?’

‘Oh, her!’ the girl remarked with a dismissive sniff. ‘That’s Lady Maxwell. She’s Sophie Westhall’s chaperone, at least Sophie’s grandfather pays her to act as chaperone. Mama says that she is a person of no consequence.’ She waved at a plain, rather dumpy girl with buck teeth, dancing nearby. ‘That’s Sophie.’

But Fabien had no interest in Sophie Westhall.

The girl had called the chaperone ‘Lady Maxwell’. Fabien’s breath stopped as the tug of the past pulled him back to the memory of the slight girl struggling in the arms of Sir Simon Maxwell, her chestnut curls in disorder as she pleaded for Fabien’s life. It was true, the story her mother had told him in her letter … Hannah Linton had become Lady Maxwell.
At the conclusion of the dance Fabien bowed to his partner and let her return to her mama. He scanned the crowd trying to make Lady Maxwell out among the gathering, but he could see neither her nor her charge.

In the grand tradition of Christmas Prince, Holidate and The Princess Switch, Love Hard is Netflix’s latest foray into the…Read more