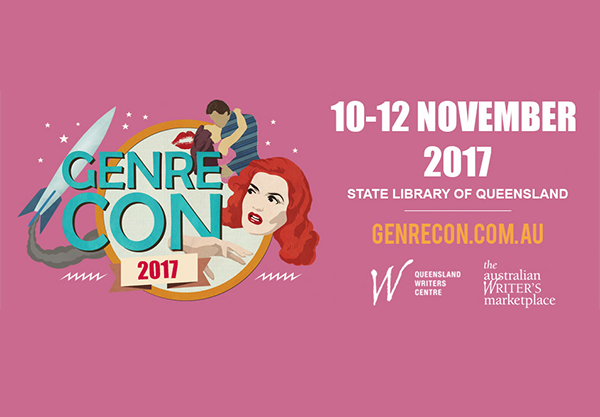 As the attendees streamed from the State Library of Queensland at the close of the 2017 GenreCon held from Friday to Sunday last week in Brisbane, the overarching take-home message was that in Australia, there is a thriving, supportive community of genre writers who are passionate about writing, live and breathe inclusivity, and really know their craft.

In not-so typical Brisvegas fashion, the weather welcomed this numerous cohort of genre-fiction writers and readers by lowering the average temperature seven degrees. This made the simple act of wearing clothes and participating in activities like standing and sitting possible.

But the agreeable weather can’t take home all the accolades. Many of the weekend’s big moments were associated with the attending big names like best-selling Australian author Garth Nix who, during Friday night’s opening address, gave his writing advice ‘tell a story’ to an eager audience in a manner expected from a prolific writer, which was by telling a bloody good story. 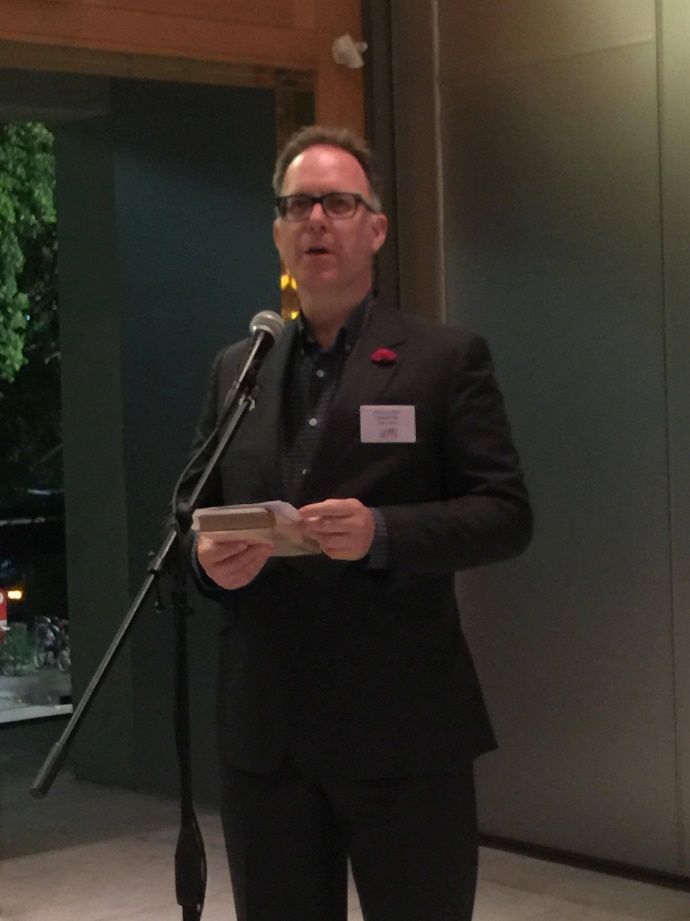 The teary-eyed crowd may have, at first, felt shocked when after hearing Nix’s heartfelt story about meeting his 95-year-old writing hero days before he died, he then admitted that this story was, in fact, fictional. But who better to give a masterclass on the art of ‘show don’t tell’ than one of Australia’s top genre authors.

Nix continued with his stellar advice to attendees throughout the weekend.

And provided his blanket solution to nearly every problem a writer will encounter no matter where they are in their career. 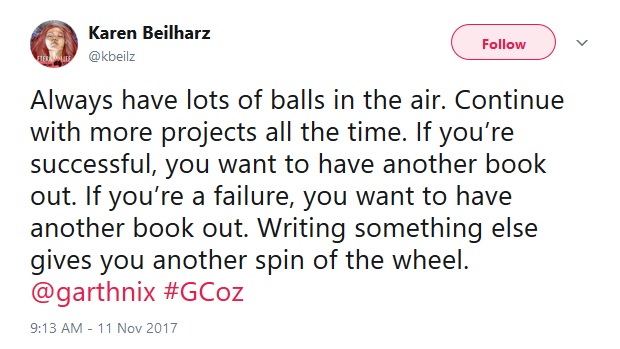 International guest author Delilah S. Dawson took the floor among an audience dressed to the mods and monster’s costume theme at the Saturday night Speakeasy to give a rousing speech on how to ‘not give up’. 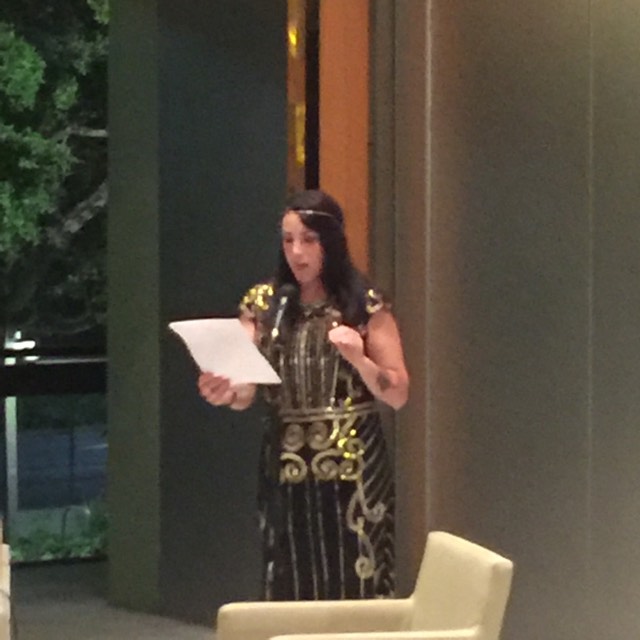 Dawson spoke about the trajectory of her career from her unsellable first story—which had all the rookie mistakes including an opening line from hell (that mentioned white Capri pants, Greek street food and the unmentionable side effect of said street food while wearing white Capri pants)—to her eventual, hard-earned successes.

But where the real gems of wisdom were uncovered was during the weekend’s workshops, panels and morning plenary sessions that took place in packed auditoriums and rooms throughout the State Library of Queensland.

Claire G. Coleman, black&write 2016 Indigenous writing fellow, gave an inspirational speech on how she wrote through her fear.

Anne Gracie, Australian romance writing royalty, thrilled her workshop audience with tried and true writing advice along with practical methods on how to dig deeper into character.

Fellow Escape Publishing multi-award-winning author Amy Andrews gave a truthful account of author earnings by providing her writing income from her last fifteen tax returns. And, on top of this, read a sex scene from her novel Numbered in front of a large audience at the Author Salon on opening night. One word that could describe Andrews: COURAGEOUS! 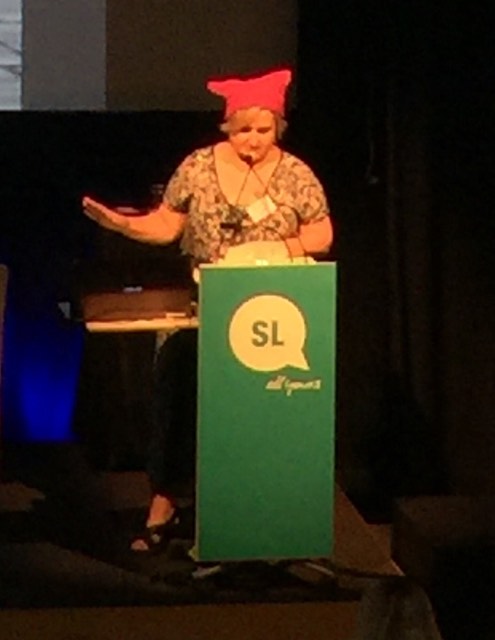 In one panel, attendees were able to pull back the curtain and look into the world of the publishing houses. Escape Publishing’s Managing Editor, Kate Cuthbert, joined a panel of industry experts who offered insight into the process at their end once they received an author’s submission. 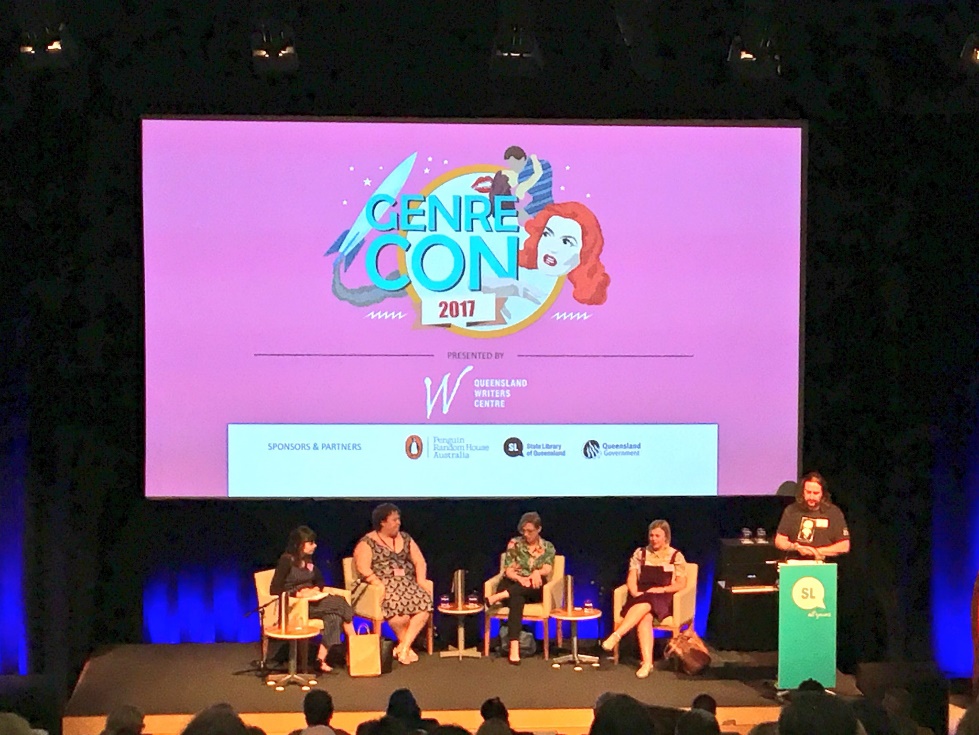 To accept or reject an author’s work for publication isn’t a simple case of ‘this book isn’t good enough’. Meetings are had, discussions are entered into, and many factors are taken into account before the final decision is made.

And those writers in the audience dealing with idea-hopping were able to hear international best-selling author Nalini Singh not only give permission to pursue those ‘squirrel’ ideas but also a practical way to manage those ‘squirrels’. 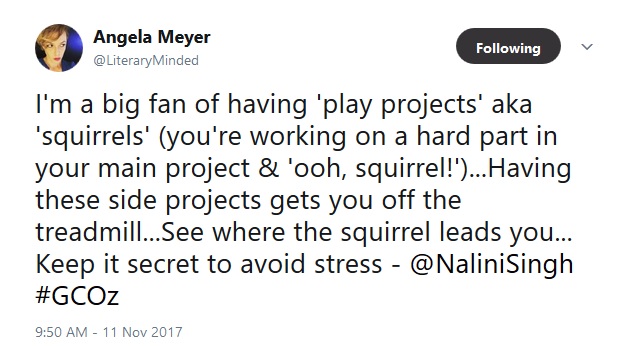 So many fabulous panellists appeared at this year’s GenreCon. They wrestled with messy questions on the writing craft, spoke about the real-world implications of writing imaginary worlds and characters, and offered advice on how to deal with introversion, failure, fear, success, and many of the gritty nuances of being an author.

Over the course of the weekend, the attendees were schooled, reassured and inspired. GenreCon was a celebration of genre fiction but not once did it ask its audience to believe that being an author is easy or that a writing career should be perfect, and that’s what made the event an enjoyable, relatable success. 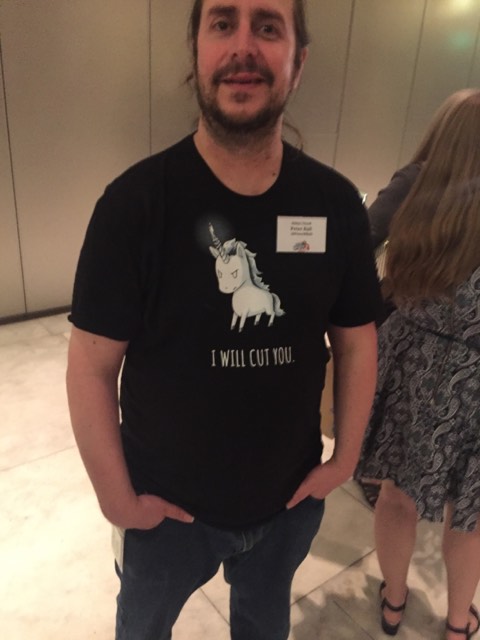 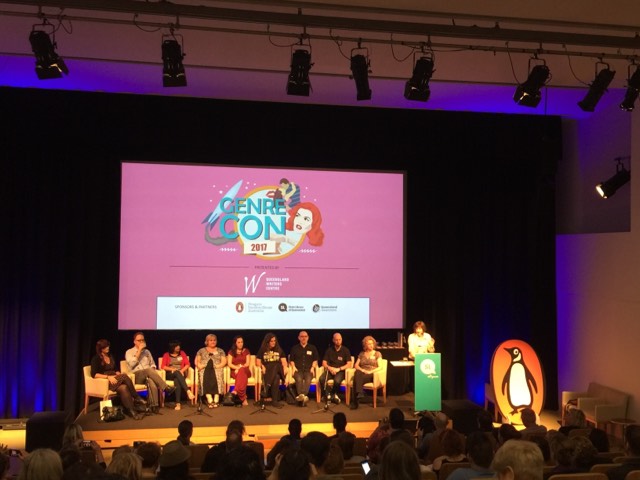 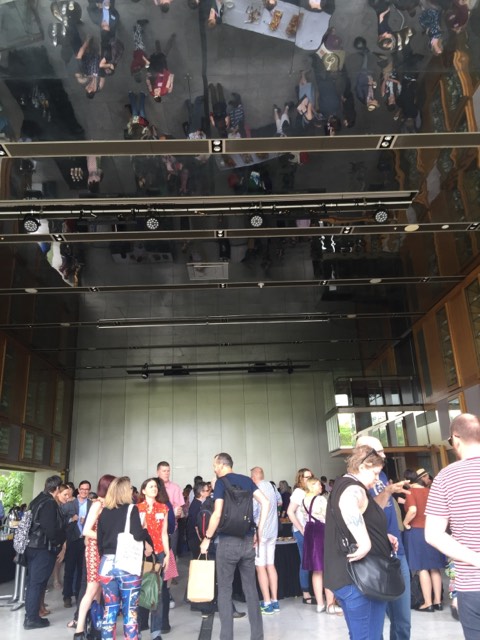 Don’t underestimate the cathartic consequences of stepping away from the keyboard, talking with fellow authors, readers and editors, and donning a good costume. 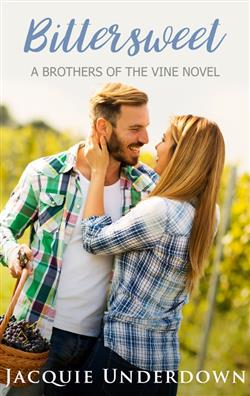 A vineyard, a family in pain, and the healing magic of cupcakes…

Amy Jenkins, a talented and ambitious chef, is left humiliated and debt-ridden, after her city restaurant fails. When her best friend calls asking for help in her small town cupcake shop, Amy jumps at the chance to hide out in the small town of Alpine Ridge while her shattered ego mends.

The youngest Mathews brother, Tom feels over-looked and under-appreciated. His brothers remember every mistake, but never give him the responsibility or opportunity to take his place in the family business. So, he spends three weeks out of every month working at a mine in the back-end of nowhere. But then Amy moves to town to help run his pregnant sister-in-law’s bakery, and suddenly home seems to be where his heart is.

Bittersweet, the first book in the Brothers of the Vine trilogy, is available for pre-order now!

A city girl. A cowboy. A marriage of convenience. Jannette Tanner is ready for the next step of her life…Read more