The Best Historical Movies of the 90’s 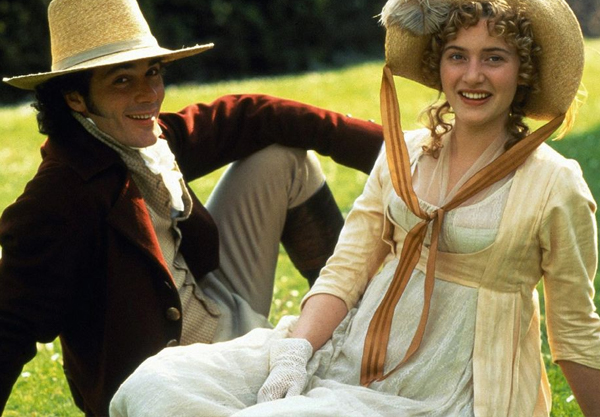 Historical fiction author Charlotte Anne published her debut Regency romance in paperback this month. To celebrate we asked her to round-up her favourite historical movies from the 1990’s.

There’s something a little bit special about historical movies made in the 90s.

Whatever the reason, historical movies of the 90s will always have a special place in my heart. In small, but significant, ways they influenced my debut novel, The Unworthy Duke.

Here are five of my all-time favourites:

I don’t think there’s another movie quite like Orlando; it’s really one of a kind, but that’s hardly unexpected considering it’s based on the Virginia Woolf novel by the same name. I’ll happily admit Woolf’s Orlando is one of my favourite books. I’ve read it countless times, so it’s little wonder I love the 90s movie adaptation nearly as much. The movie opens in the Elizabethan era, when Orlando is a young boy, and it follows Orlando’s many adventures across many decades as they slowly (very slowly!) grow up. The movie (and the book) ends with Orlando happily settled and in love. It’s truly a masterpiece.

Orlando’s house is my dream home. It’s huge! And it was an inspiration for the duke’s London townhouse. When I started writing The Unworthy Duke, I knew most of the book was going to take place in the duke’s house and I wanted it to reflect some of his personality, just as Orlando’s house reflects their personality.

The Secret Garden was a childhood favourite of mine—which probably had a lot to do with how often my mum wanted to watch this film. It’s heart-warming and inspirational, with the young orphan Mary Lennox slowly learning about the positive powers of friendship and love. And, of course, the scenery is simply divine, with the stark contrast between the gloomy mansion and the sunny garden.

Gardens have always played a significant role in my life, and spending time outside is cathartic. Ellen, my heroine in The Unworthy Duke, spends much of her free time trying to restore the duke’s long-neglected garden to its former glory as a temporary escape from her own worries.

Arguably the greatest Jane Austen movie adaptation of all time and certainly my personal favourite, Sense and Sensibility has a star-studded cast, including screenwriter Emma Thompson and Kate Winslet as the two eldest Dashwood sisters, and Hugh Grant and Alan Rickman as their suitors. I mean, we’re talking about a broody, love-sick Alan Rickman in Regency costume! There’s no movie magic greater than that. And in this film, his character actually gets the happily ever after he deserves, married to the love of his life.

I was obsessed with learning everything I could about Queen Elizabeth I when I was in high school. She was everything I admired: a strong, independent woman. She’s also attributed with some of the greatest inspirational lines in history, and her speech to her troops at Tilbury in preparation for the invasion of the Spanish Armada is legendary. So it’s no surprise that her life made such a remarkable movie. Starring Australia’s own Cate Blanchett, this period drama explores the trials and tribulations Elizabeth overcame in the first few years of her reign. Needlessness to say, the acting is superb, and the costumes are stunning.

The inspiration of Elizabeth on The Unworthy Duke isn’t hard to guess. Ellen is an intelligent and capable woman who takes her life into her own hands and who doesn’t let anyone tell her what to do—even a grumpy, brooding duke with a heart of gold.

The Mummy (1999, directed by Stephen Sommers)

Finally, there’s no way I can talk about historical movies of the 90s without mentioning The Mummy, no matter that it’s technically a fantasy. There are so many reasons why it’s such a great film, too many to list them all here. But I can promise, as an archaeologist by training and a historical romance author by trade, The Mummy has absolutely the right mix of history, adventure and romance to make it a film to go back to again and again.

It’s influence on The Unworthy Duke: the power of romance even in the most difficult situations. Love really can overcome so many barriers.

ABOUT THE AUTHOR: Charlotte Anne

With a degree in archaeology, Charlotte Anne now pens steamy historical romances. She’s been writing for as long as she can remember, and in her spare time she’s climbed to Mt Everest Base Camp and has earned her black belt in taekwondo. She’s even a pretty good shot with a bow.

Find out all about Charlotte’s debut book The Unworthy Duke