Write a Book. That’s what I wrote on my bucket list. I never imagined how much those three words would change my life. My initial motivation was simple. Unlike the fabulous Cherry Adair, numbers are my friend. English was not. So I thought the best way to improve my spelling, grammar, and vocabulary would be to write a story.

Every birthday and Christmas, my husband shakes out my bucket list for inspiration. One year he helped me tick off ‘Learn a musical instrument’. He gave me a beautiful guitar and paid for lessons. But to be honest I’m really crap at it. 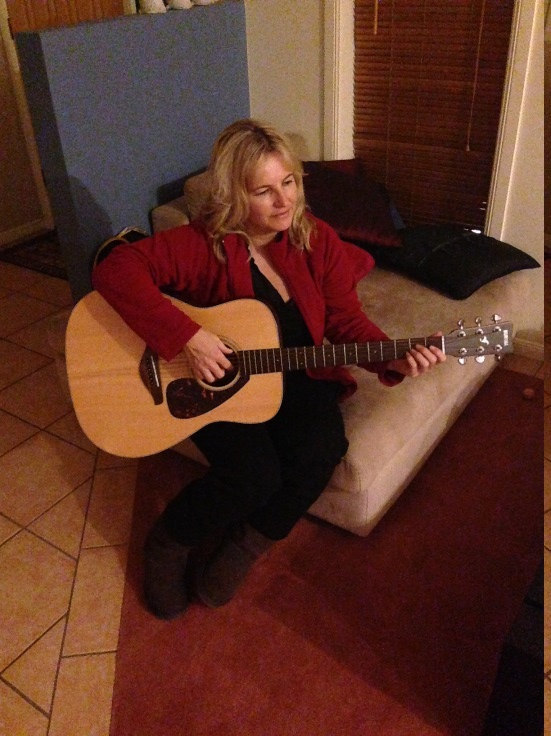 The following year, he scoured my list again and at number 69 – I kid you not – is ‘Write a Book’. So hubby purchased the Year of the Novel Course at the Queensland Writers Centre. During this course, I wrote Lost In Kakadu and it literally changed my life.

But writing it was the easy part. Editing that shitty manuscript took eight years of hard slog. I followed up that first course with several more. Then I hired an editor who also offered mentoring and boy did she have her work cut out for her. I learned about POVs and clichés, first person and third person perspectives. I learned syntax, synonyms, sentence structure, and just about everything else in between. I wrote short stories, drafted two more manuscripts and learned the joys of character arcs. I worked hard, did my homework, read the prescribed reading, experimented, and practised. Then practised some more.

At the Romance Writers Conference, James Scott Bell said that you CAN learn to write – I know exactly what he means. My poor editor nearly gave up on me many times. But now, with my beautiful R*BY trophy glistening with inner glow on my kitchen windowsill she admits the tears were all worth it. 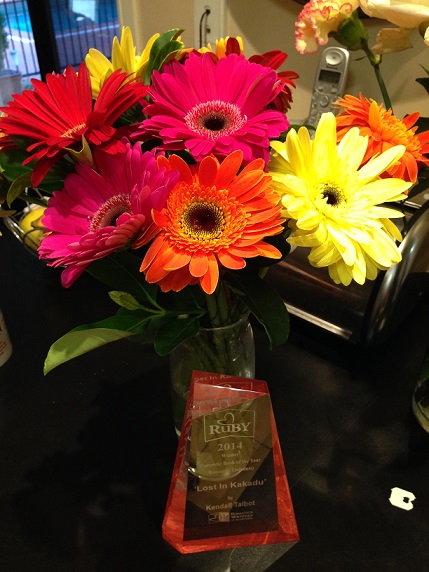 Without my bucket list, I may never have discovered my passion for writing.

By the way, I had also written ‘Publish My Book’ and ‘Win The RuBY Award’ on my bucket list. But never in my wildest dreams did I believe it would happen with my debut novel. 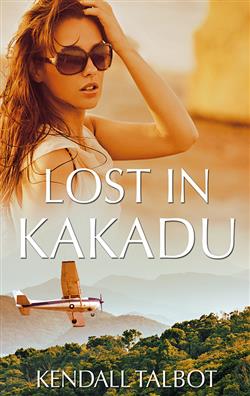 Winner of the 2014 Romance Writers of Australia RUBY (Romantic Book of the Year) Award for Stories with Romantic Elements!

It’s pretentious socialite Abigail Mulholland’s worst nightmare when her plane crashes into an ancient Australian wilderness. Things go from bad to downright hellish when rescuers never come. As she battles to survive in an environment that’s as brutal as it is beautiful, Abigail finds herself also fighting her unlikely attraction to Mackenzie — another survivor, and a much younger man.

Mackenzie Steel is devastated by his partner’s death in the crash, the only person with whom he shared his painful past. Now, as he confronts his own demons, he finds he has a new battle on his hands: his growing feelings for Abigail, a woman who’s as frustratingly naïve as she is funny.

Fate brought them together, but they’ll need more than luck to escape Kakadu alive. Could the letters of a dead man hold the key to their survival?

It’s the opposite of love at first sight…or is it? Dairy farmer Tabitha Cooper-Jones has a heart of gold, yet…Read more