Top Twelve Valentine’s Day TV Episodes – And Why They Matter 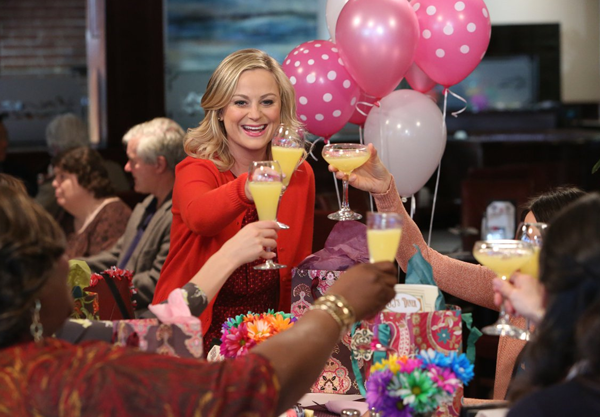 On-going sitcoms, especially sitcoms of the 90’s, always had an episode for each holiday. Christmas, Halloween, even a few with First-Day-Of-School episodes. This type of on-going relationship with the year brought the viewer a since of agency in that they were watching lives unfold in real time.

I watched sitcoms every single day—Three’s Company in the morning while I got ready, Full House right after school before I did my homework, and Cheers in the evening right before I went to bed. Important events in my life are padded by sitcoms—and the Valentine’s Day specials always held a special place in my heart. (Get it?)

Not only because of the bright colours and romantic plot-lines, but because it was interesting to see people interact on such an intimate holiday. Different kinds of love were explored in these episodes—potential partners, friends, family, even co-workers were explored. It was nice to be reminded why we were watching these shows to begin with—for the relationships.

We all about DIED when Harvey turned into a frog after their first kiss and we were left asking ourselves, “Were we going to turn the boy we kissed into a frog? Am I a witch? Where is my Harvey?” Accepting mistakes—and obscure witch-law—is what makes bonding with a person so important.

The character arch of Shawn Hunter is a mixture of hilarious and sad. His own mother abandoned him, but he has one of the strongest friendships on television. He’s funny and handsome, yet woefully aware of his social status. Shawn Hunter is an incredibly deep character who finally falls for Angela in college and they celebrate their first Valentine’s Day. True to form, Shawn attempts to self-sabotage his relationship. A lot of people can relate to Shawn here and this episode was an excellent lesson that when someone loves you, they love you for who you are.

The most human we’ve ever seen Helga without the cringe-worthy scene cut to her bubble-gum shrine of Arnold in her closet. She pretends to be a French pen-pal to trick Arnold into having dinner with her and though he doesn’t recognise her and the date goes well, she’s still left alone at the end of the episode. I dreaded the feeling of being forgotten and disliked in middle school after watching this episode. We’ve all felt what Helga was going through, but we really did not look forward to it.

8. Friends – The One With The Candy Hearts

Any episode with Janice giving Chandler an aneurism is an episode for me. That ruckus aside, watching Rachael and Monica burn everything that remind them of their exes spoke to a lot of people who were alone on Valentine’s Day. It was also important to watch the characters of Friends love each other as friends, because that’s important too.

7. How I Met Your Mother – Desperation Day

Similar to Friends, having a support system as you deal with the high expectations of Valentine’s Day is just as important as actually celebrating Valentine’s Day. And laser-tag is cool.

Creepy weather formations are linked to Valentine’s Day in this special of X-Files. But we still got to hear Scully talk about romance in her own life, something unheard of to us. A perfect reminder that a card and chocolate will suffice, because not every woman appreciates heart-shaped hail and car accidents in professions of love.

A classic episode that sparked a new holiday called Galentine’s Day on February 13th. It’s a day of ladies celebrating ladies, and it’s now transcended television and is referred to in popular culture. Wholesome, hilarious, perfect.

Fav couple, Becky and Jesse, were married on February 14th and the two wedding episodes aired in February of 1991 and continued to air while I was at school. I adored these episodes because Jesse gets cold feet and ends in jail after a skydiving mishap. Before bailing him out, Becky and Jesse have a serious talk about commitment and communication, showing viewers what really makes a relationship.

Sometimes finding out that the person you actually love comes with complications. A lot of them. Literally more complications than is actually necessary.

** Also it has this scene which is ICONIC**

Controversial but it’s a hill I’ll die on. Space Odyssey references aside, this episode becomes a catalyst in the relationship between Leela and Fry. Fry spends all episode trying to find the perfect candy heart to give to Leela to express his feelings for her, while she spends the episode actually doing her job. When the ship shuts down after being rejected by Bender, Fry sacrifices his oxygen to Leela when she’s critically low and this results in him passing out. She gives him mouth-to-mouth resuscitation and Fry coughs up the perfect candy heart, “U leave me breathless.” Oh, to be loved by a man like Fry.