TV Reboots That Shouldn’t Have Happened…And Some We Wish Happened Instead. 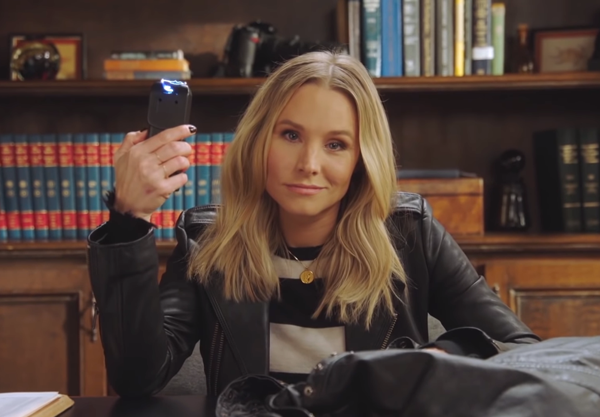 If you’ve ever loved a TV show like your life depended on it and then had to experience that crushing sadness when you said goodbye to your TV favourites for the last time, then this is a good time to be alive. The market is saturated with reboots and remakes of our old favourites. Sabrina, The Office US, Doctor Who and Queer Eye have are all new takes on old favourites that have managed to capture and expand on their original magic. But what about those reboots that just make us cringe in horror at the thought of someone messing with our faves? And what about the reboots the we desperately want, but don’t think we’re ever going to see? Sometimes you’ve got to take the good with the bad and sometimes, the bad should never have happened in favour of something actually good instead. So keep reading for some reboots the certainly should have been canned way before they made it to screen, and what we’d like to see instead!

Reboot that shouldn’t have happened: Heroes: Reborn. What do we want instead? Firefly.

I am a leaf on the wind. Watch how I soar. These iconic words were most definitely the cause of a sales spike in Kleenex and lubricating eye drops from all the crying that went on back when we watched Firefly’s final scenes in 2005. You know what else makes me cry? The thought of Heroes getting a reboot instead of Firefly. Don’t get me wrong, Heroes was great (discounting that weird carnival season that we don’t talk about). But Firefly was greater. I would sell my soul for Joss Whedon to make another season about favourite swashbuckling space pirates. Let’s hope that unlike our elusive superhuman cheerleader, Heroes doesn’t have any more re-animative abilities left in its bones.

Reboot that shouldn’t have happened: Legacies. What do we want instead? Terra Nova.

What do you get when you combine Steven Spielberg, a dystopian Earth, time travel, and dinosaurs?

AN EPIC SHOW THAT DESERVED MORE. I mean, if your first reaction to an overpopulated and hyper-polluted planet is not to discover a way to travel to a parallel time stream and create a new settlement in the Cretaceous period (85 million years ago), you might want to rethink your priorities.

Terra Nova was great fun, for all 13 episodes – but I’m not bitter! Why would the fates give us multiple seasons of a show like that, when they can waste our time with spin-off upon spin-off of The Vampire Diaries (TVD)? First it was The Originals (TO), which was average at best. Then they killed off Elena in the actual TVD, which then essentially became a spin-off in the absence of the main character. Now they have the audacity to insult us with Legacies, featuring the oh-so-originally-named Hope, teenage daughter of Klaus Mikaelson and Hayley Marshall (both characters from TVD and subsequently TO). With the Salvatore School for the Young and Gifted being so reminiscent of X-Men’s School for Gifted Youngsters that I’m surprised they’ve not been sued, surely it’s time to put the entire TVD franchise to rest.

Reboot that shouldn’t have happened: Charmed. What do we want instead? I Dream Of Jeannie.

So, I know that most of the shows on this list are a lot more recent than I Dream Of Jeannie, but bear with me. Despite being a product of the ‘60s, Jeannie is independent, driven and feisty – she’s the kind of heroine we are clamouring for alongside today’s Jessica Jones, Wonder Woman and Leslie Knope. But alas, I am also spoilt by million-dollar Game Of Thrones budget special effects, so the thought of watching the original Jeannie is just unappealing. But imagine a new-age Jeannie discovering modern feminism and I ? AM ? HERE ? FOR ? IT ?.

But I’m not here for a Charmed reboot. The original Charmed is already an accomplished masterpiece with strong, sassy ladies, and It’s still relevant today. It doesn’t need any new, splashy effects to make its way into our hearts. Let’s save the stage for reboots of shows we know we could love, if only they were a little more up-to-date.

Reboot that shouldn’t have happened: Beverly Hills, 90210. What do we want instead? The O.C.

Beverly Hills, 90210 introduced ‘90s kids all over the world to the dramas of Californian-rich-kid life. Eight years later, it was rebooted, most likely on the back of the success of another California-rich-kid drama: The O.C.

Now Beverly Hills, 90210 is coming back with most of the original cast. Now why, exactly, should the 90210 franchise get a THIRD time in the sun, when we only had 4 seasons of The O.C.???

We want more Newport Beach shenanigans, thank you. More sarcastic comments from Seth, more silent stares from Ryan, more stupid decisions by Marissa, and more rage blackouts from Summer. The original fans of Beverly Hills, 90210 are now in their 30s and 40s, with no time for lame reboots. Give me a new show staring Seth and Summer’s children, and a yearly Chrismukkah special, and I’ll be happy.

Reboot that shouldn’t have happened: 10 Things I Hate About You. What do we want instead? The Saddle Club.

Hello world, this is me, life should be, fun for everyone. What wasn’t fun for everyone? The 2009 10 Things I Hate About You TV remake. This absolute desecration of THE quintessential 90’s rom-com (there, I said it, fight me) still keeps me up at night. The original 10 Things was iconic, it defined high school in that outlandish and totally unrealistic way that teen movies tend to do, but more importantly, it taught me what feminism was before I ever knew it had a name. But before I was old enough for Kat Stratford’s witty comebacks, I was learning life lessons and dreaming of ponies alongside my homegirls, Stevie, Carole and Lisa. While horses seem to be much less the rage with today’s twelve-year-olds to me, that only mean’s it’s time for a re-emergence. In an age of young girls idolising beauty gurus on YouTube, a wholesome Saddle Club reboot is just the thing we need to remind us of what really matters in life: friendship. And ponies. Definitely ponies.

Reboot that shouldn’t have happened: Gilmore Girls: A Year In The Life. What do we want instead? Veronica Mars.

Gilmore Girls was one the first television shows that truly taught me that an intelligent, witty woman was an attractive woman. And then we were slapped in the face with a fully-grown adult Rory, regularly cheating on her boyfriend with ex-boyfriend Logan. Sure, Logan is cute, but he is also ENGAGED TO BE MARRIED. But heck, we love Rory, so surely we can overlook this toxic behaviour, right? Uh, no.

We’d much rather revisit Neptune, California, and our favourite wise-cracking, taser-attacking sleuth: Veronica Mars. In fact, it would appear all our prayers have been answered, as the feisty Kristen Bell is set to grace our screens again as Veronica Mars, with season 4 coming to Hulu this year. Feast your eyes on the teaser trailer below. My body is ready.

And while we’re at it, let’s just discuss a few shows that should have just called it quits before they even finished…

Arrested Development: There is always money in the banana stand…that is until you get cancelled, Netflix buys you out and tries to re-invigorate your once great show by including constant in-episode recaps for stories you watched less than half an hour ago because binging TV is all the rage. Netflix, I love you, but you should have let this one go.

Community: Ok I feel this one might get controversial, but after so many of the original cast left there was really nothing more to be said. I want Troy and Abed in the morning, not Frankie and Elroy in a season five I wish I hadn’t watched.

Dexter: I was here to live out my fantasies about a quirky yet loveable murderer, not a lumberjack. Dexter should have been put in a body bag LONG before season eight and we all know it.

Pretty Little Liars: Look, let’s all admit that PLL was terrible, but it’s the kind of terrible that you binge watched for two weeks straight and then had weird dreams about. What it wasn’t was the kind of show that needed seven seasons. I am always here for creepy teen mysteries, but once the girls of Rosewood had almost been murdered by ‘A’ for the 500th time, I was ready to put that mystery to bed.