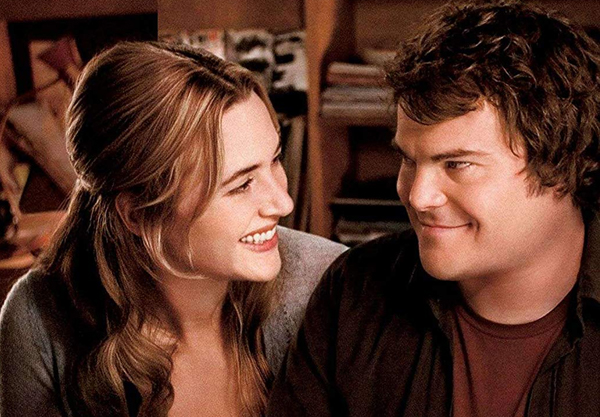 We here at Romance.com.au LOVE a classic Christmas movie. And what better way to extend all the warm fuzzy feelings of a great Christmas movie than by reading a holiday romance? So, to celebrate the start of the festive season we matched our favourite Christmas rom-coms with romance novels! 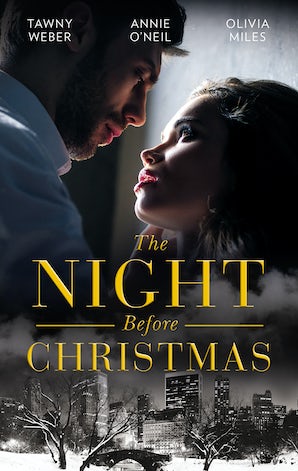 Hailey North has worked her butt off to make her lingerie company a success and to win the exclusive contract for a department store. The problem? Her wickedly hot, sexy competitor!

Winning the contract is the only way Gage Milano can extract himself from his family business. But when Hailey and Gage’s professional rivalry turns into a red-hot rendezvous, the competition really starts heating up. Xmas is about to get a whole lot more X-rated!

The Nightshift Before Christmas – Annie O’Neil

It might be Christmas, but Dr Katie McGann would prefer to bury her head in her work than celebrate. Until her estranged husband Dr Josh West strides into the ER, turning heads and making her heart flip.

Two years ago their world ended. But Josh knows he has one last chance to heal Katie’s heart…one kiss under the mistletoe at a time.

As I look around the inn, I see garland and mistletoe, coloured lights and ornaments — everything I have always professed to despise. Since I met you, though, everything has changed. I don’t know if you will ever be able to forgive me. But they say Christmas is a time for miracles…

If you love The Family Stone read His For Christmas 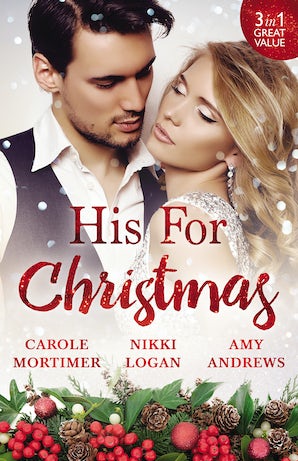 Jonas Buchanan never combines work and pleasure, and steers clear of any woman who doesn’t play by his rules…

Rule 2: He doesn’t do Christmas.

Mary ‘Mac’ McGuire loves the festive season, and she’s as pure as the snow falling outside Jonas’s window. But by Christmas Day she might have Jonas breaking every rule in his book!

His Until Midnight – Nikki Logan

Each year, Hong Kong’s most kissable businessman Oliver Harmer allows himself one Christmas present: a lavish meal with off–limits Audrey Devaney. Keeping her at arm’s length is a battle of epic proportions for Oliver, but also an irresistible temptation. Until the year she doesn’t come…

Now the rules have changed! Because, this Christmas, Audrey is single, and Oliver must decide if he will let her run away at midnight for good, or fight for her to stay until morning!

The Most Expensive Night Of Her Life – Amy Andrews

Supermodel Ava Kelly is more used to luxury yachts than London canal boats. But she desperately needs a refuge from the paparazzi and delectable Blake Walker’s boat will provide the perfect bolt–hole. This brooding ex–soldier is bound to rescue her, right…?

Wrong. Pampered princess Ava is the last person Blake wants in his personal space – she’s far too tempting! But with a million–pound charity donation hanging in the balance, Blake can’t say no. Now that Ava’s close enough to touch, keeping his hands off her is pretty difficult, too! Maybe money isn’t the only thing at stake this Christmas…

If you love Holiday Affair read With Love, At Christmas 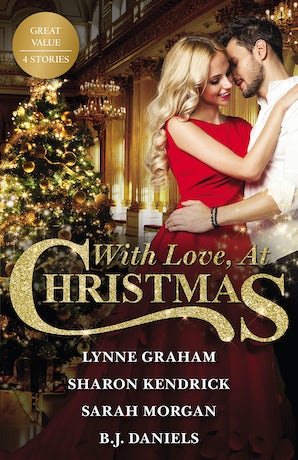 After three long years Gianni D’Angelo has found Milly! However, she doesn’t remember Gianni, or what she was to him. All she knows is that she was found pregnant and with her memory gone.

Gianni has the difficult task of convincing Milly that, once, she loved him…and now he’s claiming her little boy as his son! He wants her back and to be a father to Connor. His solution is simple: marriage!

Seeing the unbearably enticing Alannah Collins again has sparked Niccolò Da Conti’s possessive streak. He’ll hire her, seduce her and cross her off his wish list once and for all!

Alannah knows the danger of working too closely with the sensual Sicilian, but she’d be a fool to refuse his help launching her business. Now, with Niccolò ruthlessly trying to seduce her under the mistletoe, can she stop him from unwrapping the truths she’s fought to conceal?

Dark, handsome and impossibly wealthy surgeon Carlo Santini can have any woman he wants. But working alongside Suzannah Wilde, it’s hard to deny the sexual attraction simmering between them!

Zan knows Carlo is holding something back, but invites him to spend the festive season with her – only to discover that the caring baby doctor by day is a passionate, demanding lover by night…

When Jace Dennison left Whitehorse, he never meant to return – until a family tragedy draws the undercover agent back to town. Suddenly his Christmas homecoming is stirring up a hornet’s nest of trouble, and his ex–fiancée, Kayley Mitchell, is smack dab in the middle.

Whoever has it out for him has taken Kayley hostage. Jace knows, without a doubt, he’ll risk his own life to save Kayley’s…and if he’s given a second shot at her love, he’ll take it.

If you love The Holiday read A Christmas to Remember 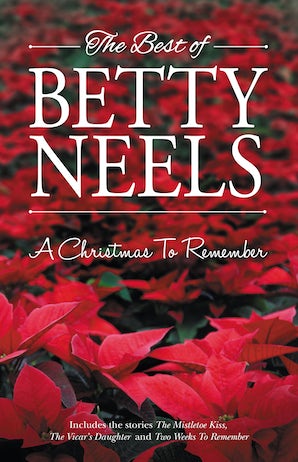 Emmy couldn’t imagine why the handsome Professor Ruerd ter Mennolt would take an interest in a girl like her. Ruerd couldn’t figure out why, with a beautiful fiancée, he found himself so distracted by Emmy. But when he invited her home for Christmas with him in Holland, Ruerd couldn’t help but wonder – was he engaged to the wrong girl?

All the village assumed that Margo Pearson was to marry George, but unexpectedly meeting Professor Gijs van Kessel made her pause for thought. Margo knew the professor was most unlikely to look her way, but with a tragic accident came an offer of marriage. It was a practical proposal, but as Margo was taken into the bosom of his family over Christmas in Holland, she did wonder whether he might, someday, return her love…

Nothing exciting ever happened to Charity. Her job as a hospital secretary was hectic but routine. Even the man everyone expected her to marry was safe, reliable and dull. There surely had to be more to life. So, when professor Jake Wyllie-Lyon offered her the chance to work for him, Charity didn’t hesitate to accept. The job was everything she had dreamed of – and so was Jake! But there Charity’s problems really began… 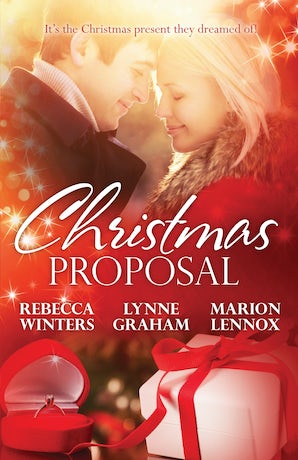 When Rocco Volpe encounters Amber again, he follows his instincts and suggests she become his mistress. She turns him down flat, and then changes her mind…for the sake of her little boy. Rocco might believe Amber had once betrayed him, but he still wants her – and his baby son.

A Bride For Christmas – Marion Lennox

Wealthy businessman – and contented bachelor – Guy Carver is in Australia to take ownership of Jenny Westmere’s wedding salon. It’s strictly business. So no one is more surprised than Guy himself when he realizes that the deal he really wants to ink is making Jenny and her little boy his family by Christmas!

Annie Roberts might just be a rising star at the Hasting Corporation, and she doesn’t even work there. When her mom goes off on her honeymoon, Annie’s tasked with taking care of the company Christmas party. Meanwhile, Annie finds herself intrigued by the womanizing Mitchell Reynolds. When he carries her under the mistletoe, will she be able to resist him? 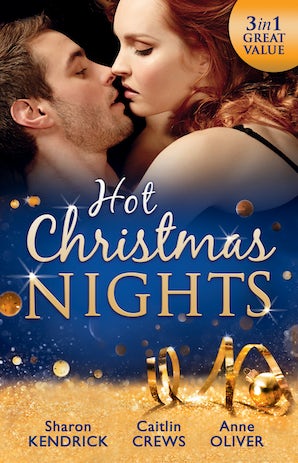 When renowned international playboy Giancarlo Vellutini invites shop assistant Cassie Summers to dinner, how can she refuse? She’s just an ordinary girl from Cornwall, and chances like this don’t come round often! Throwing caution to the wind, before she knows it unworldly Cassie is completely at Giancarlo’s mercy. She finds herself agreeing to be his mistress for Christmas…but will an unexpected gift make this temporary festive arrangement last a lifetime?

His For Revenge – Caitlin Crews

Marrying striking but cold CEO Chase Whitaker wasn’t meant to be Zara Elliot’s fate. But to protect the family business, she’ll play along. Whereas, Chase is only interested in taking revenge against Zara’s father. But he didn’t count for Zara’s charm and natural beauty to unsettle his strong defences. But their wedding night becomes a game changer, and they both realise they’re in over their heads. Losing is not an option for Chase…but winning suddenly takes on a different meaning!

This Christmas Olivia Wishart is going to move on from her past and go to a glamorous Christmas party! So, wearing a new red dress and a pair of stilettos and clutching a glass of champagne, she’s ready to live her life. Olivia thought the pre–party nerves would be the only thing to get her heart racing…until she sees a view even more spectacular than Sydney Harbour. The drop–dead–gorgeous man with the steely black eyes is everything Olivia has wanted – and this Christmas she won’t wait under the mistletoe! 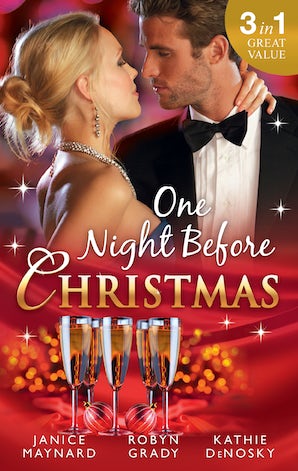 A Billionaire for Christmas – Janice Maynard

Billionaire Leo Cavallo is very business focused. So two months of forced relaxation is not his idea of a Christmas bonus. Then he meets his irresistible neighbour, Phoebe Kemper. Suddenly, the holidays are looking a lot brighter. But beautiful Phoebe isn’t living alone. She’s babysitting her infant nephew. Somehow, playing temporary family is surprisingly appealing. But what will Leo choose when it’s time to go home?

When mogul Wynn Hunter was shocked to discover that the temptress whom he shared a passionate night with was his childhood nemesis, Grace Munroe. The scrawny, pigtailed brat has blossomed into a dazzling beauty. Bad romances have made them both wary of relationships. So when Wynn lures Grace to Australia for a wedding, they must keep things light. But when chaos erupts in Wynn’s family, can they find the courage to love?

It Happened One Night – Kathie DeNosky

Josh Gordon has no intention of funding a day–care centre, even if sexy Kiley Roberts is the one asking. Neither has forgotten the explosive night they spent together three years ago. The temptation to mix business and pleasure is undeniable, but it’s Kiley’s devotion to her daughter that has Josh dreaming of a family of his own. But when Josh questions who the little girl’s father really is, will the truth drive them apart or bring them even closer together? 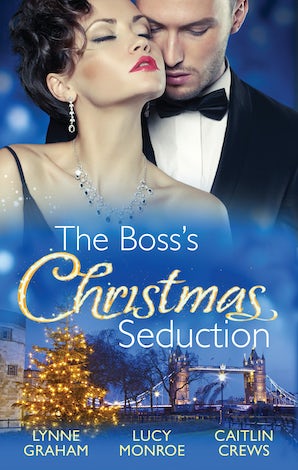 Three years ago Ava Fitzgerald caused the death billionaire Vito Barbieri’s brother. Now, she’s been released from prison and Ava has agonised over her fragmented memories from that night — her misguided play for Vito, his humiliating rejection and then…nothing.

Vito’s latest business merger brings him face to face with his new employee — a troubled-eyed Ava. Haunted by the dark past, Vito is intent on revenge. Yet despite his iron-will his plan gives way to an impossible desire…

Tycoon Vincenzo Tomasi needs a new nanny for his niece and nephew by Christmas — the million-dollar salary is a bonus! Audrey Miller already works for Enzo and stepping into his family would dramatically help her own.

What Audrey doesn’t know is that Enzo expects the right candidate to become his wife — and high on the requirements list is sexual compatibility. While she’s lusted after her enigmatic boss for years, will innocent Audrey risk everything to explore her irresistible attraction in the most unlikely interview process ever?

From the moment Alicia Teller tripped and fell into Nikolai Korovin’s arms, her iron-clad control started to slip!

While Alicia’s tantalising curves might drive Nikolai to distraction, business and pleasure are not two things this legendary tycoon has ever mixed…until now.