What We’re Watching/Reading/Listening To This Spooky Season 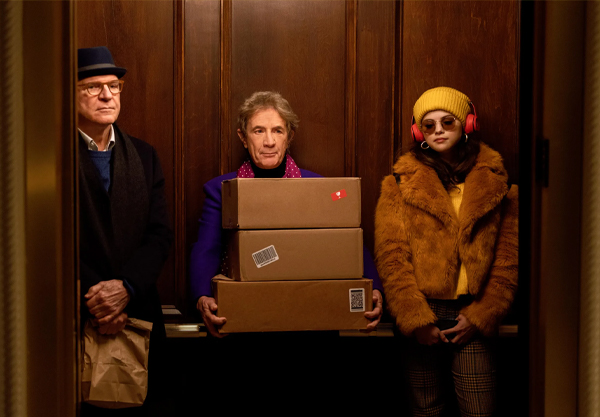 After the tumultuous year we’ve had, it seems only fitting that we should throw ourselves into celebration of the season, so carve yourself a pumpkin, make a warm chai tea, and snuggle up with your favourite ~spooky~ romances!

This series follows Lucifer, the original fallen angel, who has become dissatisfied with his life in hell. After abandoning his throne and retiring to Los Angeles, Lucifer indulges in his favorite things (women, wine and song) — until a murder takes place outside of his upscale nightclub. For the first time in billions of years, the murder awakens something unfamiliar in Lucifer’s soul that is eerily similar to compassion and sympathy. Lucifer is faced with another surprise when he meets an intriguing homicide detective named Chloe, who appears to possess an inherent goodness — unlike the worst of humanity, to which he is accustomed. Suddenly, Lucifer starts to wonder if there is hope for his soul.

Only Murders In The Building

Three strangers share an obsession with true crime and suddenly find themselves wrapped up in one. When a grisly death occurs inside their exclusive Upper West Side apartment building, the trio suspects murder and employs their precise knowledge of true crime to investigate the truth. Perhaps even more explosive are the lies they tell one another. Soon, the endangered trio comes to realize a killer might be living among them as they race to decipher the mounting clues before it’s too late.

Interview With The Vampire

A vampire tells his epic life story: love, betrayal, loneliness, and hunger. After the death of his wife and daughter, Spanish lord Louis is turned into a vampire by Lestat de Lioncourt. To keep Louis by his side, Lestat converts a plague-ridden girl.

Mark Of Guilt by Diane Hester

A compelling read with an explosive ending. This book kept me up long into the night.’ — Australian author Sarah Barrie

A year-round celebration of Halloween history and traditions, spooks past and present, with your master of scaremonies Lucé Tomlin-Brenner

Ranking the Top Ten Men in Uniform from film, TV and books was trickier than anticipated. It wasn’t just narrowing…Read more