With her home and freedom on the line, will her family force her to leave it all behind? Read a Sneak Peek from Stars Over the Southern Ocean by J.H. Fletcher. 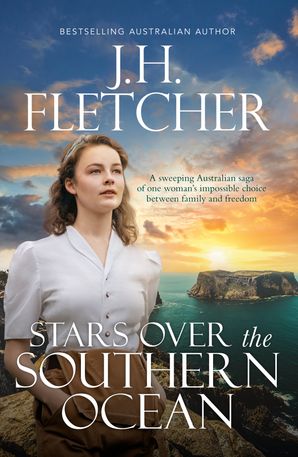 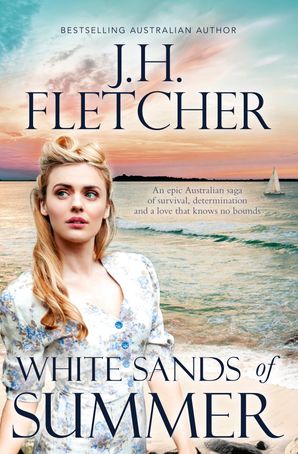 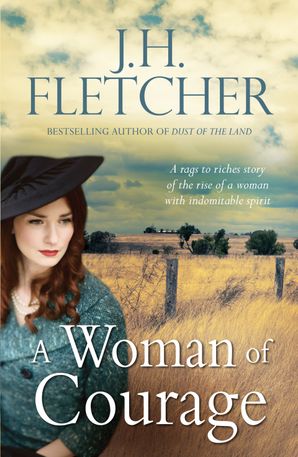 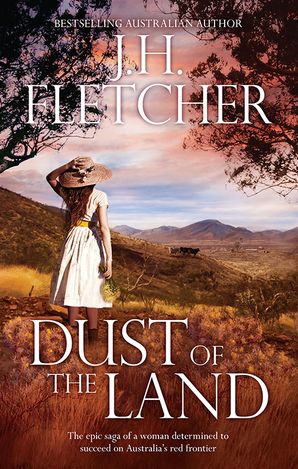 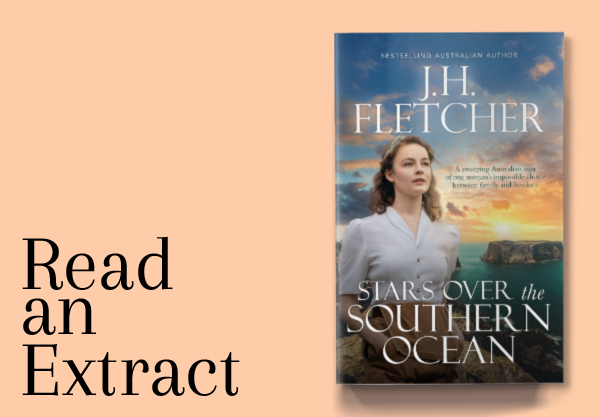 A sweeping Australian saga of one woman’s impossible choice between family and freedom.

With her home and freedom on the line, will her family force her to leave it all behind?

1937 – Seventeen year old Marina Fairbrother has lived in the small logging town of Mole Creek, Tasmania, her whole life. When she meets Jory Trevelyan, she is intrigued by the young man with the strange name and his tales of the west coast. Stories of wild winds and a tumultuous sea leave her hungering for a freedom she hadn’t realised she lacked.

1993 – After a terminal diagnosis, Marina knows there is only one place she wants to spend her remaining days. The remote coastal property of Noamunga has been her home for the past fifty years. Her memories are imprinted on the walls of the house and the rocks of the cliffs. Here she raised their three children, loved deeply, survived a war, worked hard, grieved deeply and lived a good life.

But there are forces that threaten to pull her away from her beloved home. Daughters whose well-intentioned concerns hide selfish ambition, a son who puts his future in the hands of the wrong people, and an oil company intent on striking oil just off the coast of her land.

Praise for White Sands of Summer 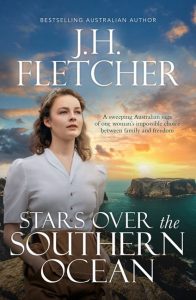 It was called Noamunga, the Fishing Place, and it lay in the roaring forties, latitude 42 degrees south, at the edge of the Southern Ocean.
With its two hundred acres of scrub and rough pasture, the house stood on a barren stretch of the Tasmanian coast, the nearest settlement an hour’s walk away on the far side of the Wombat Ridge, a wall of rock and gale-pruned scrub one hundred and eighty metres high that separated the coastal strip from the hinterland. Noamunga had no neighbours; there’d been one once, but now that building was deserted, a roosting place for ravens, the grave untended.
The house faced due west; the nearest land on that latitude was the east coast of Patagonia, twelve thousand kilometres away. To withstand the violent storms, the house was anchored by massive steel hawsers to the rock on which it stood. When the gales were at their strongest, the hawsers vibrated like the strings of an enormous guitar, bringing the music of the ocean’s depths to the listener. When the king tides were running, the breakers—over six metres high in the frequent westerly gales—sent spray arching high over the house. As old man Marrek had told Marina years before, life at Noamunga was like having your feet in the ocean twenty-four hours a day.
It was a stern existence amid the wild thunder of the waves, but to Marina Trevelyan it was the closest to heaven she expected to get in this life.

Can’t wait to read more? Stars Over the Southern Ocean will be in-store and online from the 16th of June 2020