10 Thoughts I Had While Watching The Princess Switch 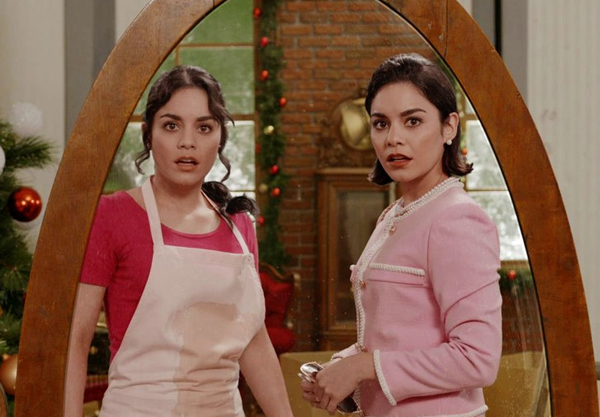 1. Holy Accent Batman!
Vanessa Hudgens works double-time to put on a thick English accent and then to thicken her American accent in this movie. While I, with an American ear, didn’t notice the Chicago accent too much, it was the English accent that got me. They all don’t sound like that. Does anyone in Hollywood know they all don’t sound like that????

2. Are countries copyrighted or something? Why do we have fake countries?
Stacy wins an all-expenses paid trip to a country called Belgravia to compete in a baking competition because, as you are well aware, the majestic Kingdom of Belgravia is the epicentre of international baking.

Working on an illustrated map of Europe and trying to pin point Belgravia, Montenaro, and Aldovia. @netflix @ringer have I got this right? #PrincessSwitch #AChristmasPrince pic.twitter.com/0v4dNHwLWy

3. “…sauced professor Kendall’s berries.”
Stacy runs into her old baking school rival (??) while prepping for her competition in Belgravia and calls her out with this line when her mate said she was top of her class. Christmas-themed slut-shaming always warms my heart.

4.Oh we’re watching a Christmas Prince and the Pauper I get it now…

5.Who is this magic man? Is that in the original story?
No. Apparently, he’s the personification of Christmas cheer, according to the director. He sells stockings in the middle of a snow storm in European countries but also skulks around the streets of Chicago to enforce serendipitous Christmas motivation. Obviously.

7.Vanessa Hudgens is actually a really good actress
Corniness of this movie aside, she’s playing two different roles, and then playing those roles playing another role. I have mad respect for someone with that type of energy. Vanessa is well known for playing romantic leads and her bubbly personality has always aided in this. She was a good actress in High School Musical too. We can fight in the alley over this later.

9.You can make a berry puree without a standing mixer.
I’m just sayin’.

10. Christmas Romance movies are Cute
‘The Princess Switch’ fulfils all my requirements for an evening in, wrapping presents and drinking red wine. It’s fun, festive and romantic, with a grade A actress and some great costume designing. It was cute and easy to follow and apparently, we’re in for a sequel in 2019. See you then!

Now you to do a crossover between A Christmas Prince and Princess Switch! #PrincessSwitch #AChristmasPrince pic.twitter.com/z2KF7kVH7S

Don’t miss our our reviews of A Christmas Prince 2 and Holiday Calendar!