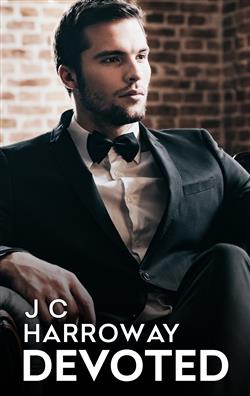 ’I didn’t expect to see you here so early this morning—isn’t there someone else who could fetch Bobbie’s coffee?’ It irked him she would forgo her own caffeine hit for Bobbie. If he had to fetch his own coffee, his pampered starlet surely could too.

Her lips tightened, and she pushed her glasses to the bridge of her nose. ‘I don’t mind. She’s my sister.’ There it was—fiercely protective with the ferocity of a mama bear protecting a cub. Putting herself second.

‘Well, she’s lucky to have your … devotion.’ He had his reservations about Bobbie Lawrence. He’d been forced to work with her, accepting the studio’s assurances that her drug and alcohol problems were in the past.

Mallory glanced at him. ‘We’re very close and it’s my job to smooth the way for her on this movie in any way I can.’

His gut tightened. He rarely second-guessed his gut these days, experience proving he never got it wrong. Apart from that one time. And the price had been devastating. ‘Is that right?’ Perhaps he was wrong about the alluring Mallory Hughes. Perhaps she acted better than her famous sister. Perhaps that tentative kiss last night was part of the act. ‘Any way?’

‘Of course.’ A confused crinkle formed between her brows and he had the insane urge to reach out a touch it, to smooth the crease from her porcelain skin.

They’d reached the back of the trailer housing wardrobe and make-up. Mallory looked up at him, her eyes wary. Her lips parted, releasing rapid breaths that whitened the air between them.

His groin stirred, tempering the black turn of his thoughts. ‘Does that include kissing the director so he won’t notice when she falls off the wagon?’ He allowed his stare to linger on the fine bones of her face, her high cheekbones, her pert nose, her delicate jaw, finishing back at her eyes, which were now sparking with indignation.

‘No.’ Her feet spread, a fighting stance. ‘My sister is firmly on the wagon, and I did that all for myself.’ She squared up to him, her chin jutting forward and her shoulders back.

Lust flared, a kick in the gut, and he dropped his gaze to the lush curve of her full mouth, his memory of it pressed to his last night too fleeting. ‘Why?’ He wanted another taste of her but he’d never allow himself to be played again. No matter how intriguing, how alluring or how ingenious this woman was.

Her half laugh was as bitter as his suspicious mind. ‘Let’s just say I was living out an ancient crush.’

She didn’t look happy about it. ‘You have a crush on me?’ Well that smacked him between the eyes—a riveting conundrum indeed. Heat raced down his spine, pooling in his groin.

Colour rushed up her neck from the fur collar of her coat. ‘Had. Long ago. And I’m over it.’

Leaning above her, he reached one hand behind her shoulder to the door handle of the trailer. She held her footing, arching her back so her upper body maintained distance from his and their eye contact held—a challenge.

Wide eyes and panting breaths. Diminutive and defensive all in one delicious package. Something primal and urgent shifted inside him.

His hand closed around the icy metal door handle, and he glanced down at her full mouth once more, recalling her hesitant kiss. ‘Shame.’