When jaded movie director, Tyler Wentworth meets Mallory Hughes on the set of his latest movie, he immediately notices two things: she’s too sweet and she’s somehow familiar. But he has no time for mysteries – as long as she can do her job and continue to keep her notorious starlet out of trouble, she can keep her secrets.

Mallory knows exactly who Tyler is, the young man she had a huge crush on has grown to a Hollywood heavy-weight. But the last thing she wants is to be associated with the shy, awkward girl she was then. She’s here professionally, managing her troubled sister who has the talent to be the biggest star on screen, but a turbulent past. This is Bobbie’s last and best shot, and Mallory will do nothing to jeopardise it.

But as the filming begins, Mallory not only finds herself drawn more deeply to this grown-up Tyler, but that her attraction is more than reciprocated and she can’t help herself from indulging in all of her girlish fantasies. However, when their pasts catch up, she is going to have to choose between the sister she’s devoted her life to and the man who’s won her heart. 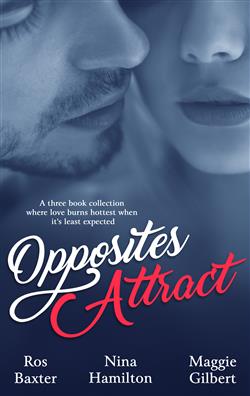 If there’s one universal truth, it’s this: You’re always wearing your worst underwear when you land in trouble. She is determined to make a difference in the world; he is all about the bottom line. But sometimes Mr Wrong just needs to time to find the right path.

Funny, touching, emotional and political, Lingerie for Felons is Bridget Jones meets An Inconvenient Truth, a contemporary romance about doing the right thing, finding the right person, and always thinking through your underwear choices.

English surgeon Andrew Wentworth left behind a successful career and a failed engagement to join the Cairns Rescue Helicopter team, but it’s not shaping up to be the rejuvenating working holiday he expected.

Rescue paramedic Kate Spears is used to proving herself in a man’s world, so informing the handsome surgeon that all his orders now come from her is deliciously satisfying. But she soon finds that Andrew cannot only take everything she throws at him, he keeps coming back for more.

Opposites attract in this medical romantic suspense set in the high adrenalin world of the Cairns Rescue Helicopter team.

This is Now – Maggie Gilbert

A gritty, urban New Adult Cinderella story where the princess can do her own rescuing — she just needs someone to believe in her.

Sister to car thieves, ex-girlfriend to a drug dealer, high school dropout, no-hoper and loser — Jess is on the sidelines, watching her life become one epic fail.

Then she meets Sebastien, a gifted cellist from a very different walk of life. Sebastien is clean and strong and talented. He seems to think she can do anything, and Jess, despite her fears and the secrets she hides, is starting to believe him.

But just as Jess dares to hope, the secrets in her past and the lies in her present catch up with her. All seems lost and she has to make a choice. Between past and future. Between home and hope. Between now and never. And this is now.