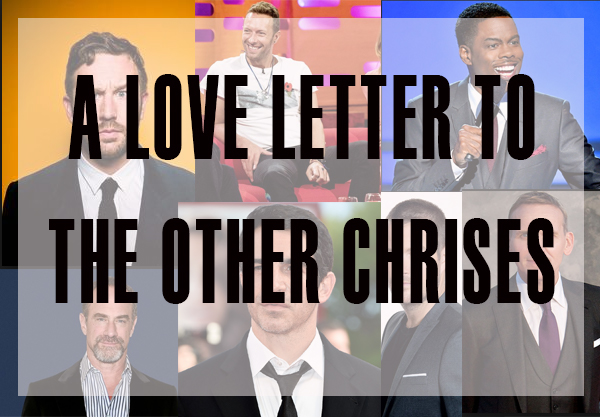 Now that the Holy Trilogy of the Chrises is complete, finally appearing all together in Avengers: Infinity War (the honorary fourth member is of course Chris Pine, who chose to romance Gal Gadot in competing superhero franchise DC’s Wonder Woman, which is completely understandable) it seems that surely we have reached the pinnacle of filmic achievement and movie rapture is upon us. But while these Chrises are good Chrises. Worthy Chrises. Damn hot Chrises, they are not the only Chrises. 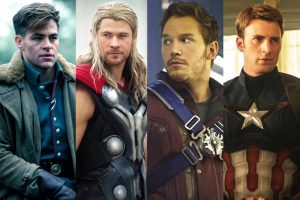 So we put together a list of Chrises that deserve to be back on your radar, with or without a superhero cape.

There was a cacophony of Chrises besides the Golden God in Thor: The Dark World, including British charmer Christopher Eccleston playing villain Malekith behind some heavy makeup. But his handsome face is well-visible playing the titular role in the first season of the Doctor Who reboot, and who can forget him as the sexy – if treasonous – Norfolk to Cate Blanchett in Elizabeth.

Cameo in Thor: The Dark World as the guy who goes on a date with Natalie Portman. Hilarious as beleaguered IT help desk worker Roy in The IT Crowd, adorable as emotionally available cop in Bridesmaids, his lovability will only skyrocket when you learn that he’s been cast as the voice of Tigger in the new Disney live-action film, Christopher Robin.

Stars in your favourite rom-com guilty pleasure, Down to Earth. Made fatherhood unexpectedly charming in what should have been the objectively terrible What to Expect When You’re Expecting. Actor, comedian, writer, director, producer, Oscar ceremony host – this Chris is achieving in all the arenas. And who can resist a man who can make you laugh?

A longtime fan favourite from his gritty turns in Oz and Law & Order: SVU to his warm, funny side in Scrubs and Wet Hot American Summer. Turned every romance reader into a fang banger as Roman in True Blood. A tireless and vocal activist for LGBTQI rights, and more than a pretty face: he’s a past winner of Celebrity Jeopardy.

Don’t Panic! Whether it’s A Rush of Blood to the Head or just A Head Full of Dreams, this Chris is sure to take anyone to Paradise at The Speed of Sound. Aussies remember him and Coldplay as the opening act for Sound Relief, for the victims of devastating bush fires in 2009, but it’s far from the only time he’s lifted his voice for humanitarian causes: he’s supported Oxfam, Hurricane Sandy relief, Band Aid 30, and the Innocent Project.

Sensuous and soulful, this Chris is an award-winning actor on stage and screen. Though he’s no stranger to Hollywood, it was his role as Dr Danny Castellano on the surprise indie hit The Mindy Project that had us all shipping Danny/Mindy and craving enemies-to-lovers happy ever afters.

The definition of a lifelong crush, we fell in love with him as D’Artagnan in The Three Musketeers and Jack in Circle of Friends. Sure, he fell off our radar a bit in the middle there, but his role as Finn on Grey’s Anatomy brought him back into our hearts in a big way. Now as one of the Special Agents in NCIS: Los Angeles, his sweet smile and baby blues are never far from our screens – or our minds.

One need only rediscover the video for Wicked Games to understand this Chris’s place on the list. The original crooner with a rockabilly charm, he definitely makes us want to do bad, bad things.

The original emotionally unavailable millionaire. Sure, he played the guy we loved to hate in first Sex and the City and then The Good Wife, but there’s something so compelling about taming a bad boy.

Do you agree with our list? Tell us below in the comments.