Top 10 Most Romantic Moments from Friends 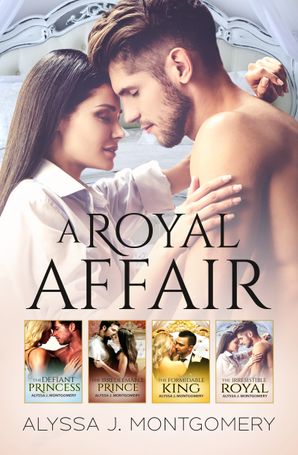 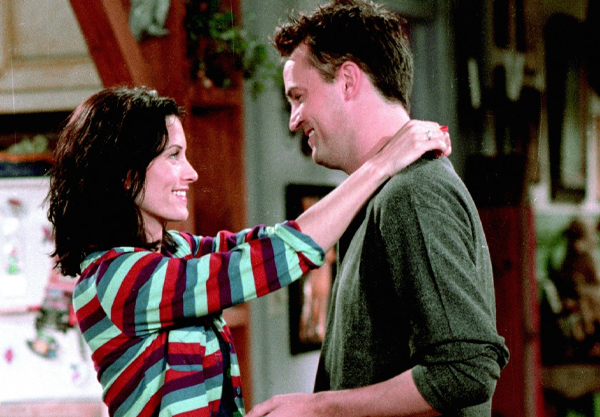 This month we’re celebrating all-things Friends! Here author Alyssa J. Montgomery reminisces about some of the most romantic moments from all 10 seasons of the show.

The friendship in this TV series is implied in the name, and with the friendship comes misunderstandings, laughter, loyalty, and plenty of romance. From the strong friends to lovers, slow-burn relationship between Monica and Chandler to the whole on again, off again ‘we’re on a break’ relationship dance between Ross and Rachel and the oh-so-sweet romance between Phoebe and Mike, there were so many incredibly romantic scenes it was hard to keep this list to ten. But, here goes …

The quirky, lovable Phoebe and Mike …

Having even worn a strand of pearls in a desperate attempt to make a good impression when meeting Mike’s parents, Phoebe gradually relaxes (much to Mike’s joy) and is herself. Mike’s parents don’t approve and Mike tells them they should accept the woman he loves. A+ to Mike and a lesson any man with disapproving parents should learn from!!

2. Mike tells Phoebe he misses her

‘If I’d known the last time I kissed you would be the last time, then I never would’ve stopped,’ Mike tells Phoebe. How on earth can you beat that for romantic?

Well, naturally there was great romance at Phoebe and Mike’s wedding and after this hard-won HEA where divorced Mike decided that he was prepared to take a chance on love again with Phoebe, the vows didn’t let us down. Phoebe says she hasn’t had a regular family or normal parents and that Mike is her family now and she has everything she’ll ever need. So heart-warming! And, when Mike calls her ‘wonderfully weird’ and says that every day with her is an adventure, we just know that these two are perfect for each other.

Monica and Chandler … (my favourite couple)

Monica has the apartment romantically set for her proposal and falls to one knee when Chandler comes in. ‘I never thought I would be so lucky as to fall in love with my best—’ Tears prevent her from finishing so Chandler heroically joins her on his knees and tells her, ‘You make me happier than I ever thought I could be’, then pledges he’ll spend the rest of his life trying to make her feel the same way. They were in tears and so was I. I loved the romance, the emotion and especially loved the equality of this scene.

Joey sums up their relationship when he says he ‘can’t imagine two people more perfect for each other.’ Monica tells Chandler he’s ‘everything I’d ever been looking for my whole life’ and he abandons his prepared speech and speaks straight from the heart. ‘Any surprises that come our way, it’s okay because I will always love you. You are the person I was meant to spend the rest of my life with.’ At this point, I really needed someone to pass me the tissues!

6. Monica and Chandler’s decision to have a baby

After quite a bit of hilarity in deciding yes, they were both ready to have a baby, there was one line from Chandler that really melted my heart: ‘I’m not crazy about babies. I’m crazy about us.’
These two are definitely my favourite couple—a match made in heaven who make compromises for each other throughout their whole relationship. They’re beautiful to watch!

Given that I’m so fond of Monica and Chandler, it surprised me that there were four romantic moments from the frequently frustrating couple Ross and Rachel to add to my list. But, I guess out of all the angst and heartache came some beautifully romantic scenes.

There’s a whole year of romantic tension between this couple, with something cropping up every time Ross is about to confess his feelings to Rachel (and he’s had a crush on her since high school). Oh! The frustration!! Ross finally brings a girlfriend home with him and Rachel chooses that moment to acknowledge she has feelings for him. Talk about push–pull and conflict! Then, after an epic confrontation, we see Ross all forlorn at the window of Central Perk, Rachel fumbling to get the door unlocked and an incredibly sensual kiss that’s fuelled with all the passion of their pent-up longings. Phew! Just as well it was raining or those two would’ve caught fire!

8. Ross turns an abysmal date into a wonderfully romantic occasion

When the couple plan dinner and work intrudes, Ross gets an A+ for creativity, spontaneity and being determined to keep their date. Who can forget their stargazing in the planetarium and Rachel telling Ross he was ‘worth the wait’? The moment she rolls over on the juice box is also memorable and is another example of how this show combines love and laughter so well!

Ross becomes increasingly upset as Rachel farewells all the friends with special words before leaving for Paris and has none for him. When she visits him later and says she can’t say goodbye to him because he means so much more to her than any of the others—‘I can’t even begin to explain to you how much I’m going to miss you’—the emotion and romance is so tangible I can feel my heart squeezing.

And … the final, very hard-won epically romantic moment that summed up the whole will they-won’t they relationship between Ross and Rachel.
Ross goes to the airport to beg Rachel not to get on the plane: ‘I’m so in love with you. Please don’t go.’ But what does she do? She gets on the darned plane, all seems lost and just like Ross, our hearts are heavy and bruised. Until … drum roll … Ross discovers Rachel has left a voice message on his answering machine telling him she loves him. And, as she fights with the flight attendants and we’re rooting along with Ross for her to get off the plane, Rachel walks into his apartment with that one line: ‘I got off the plane.’
This scene left us with a huge payoff and filled us with hope that these two would finally get their act together. Phew!

Do any of these scenes from Friends make your top ten?

A former international flight attendant and professional pianist, Alyssa is an Australian author who continues to work as a speech-language pathologist. She lives with her husband and three children on a five-acre property nestled into a mountain range south of Sydney. Along with a menagerie of her own animals, she enjoys visits from the native wildlife. Echidnas, wallabies and a variety of native birds are particularly welcome. Visits from native wildlife with scales and fangs aren’t met with quite as much enthusiasm!

Alyssa’s upcoming book Five Dates With The Billionaire will be published in November 2020.

‘I’m insisting you date her. Five dates together, then I’ll have this surgery.’

Mia Simms is hiding something, and it’s much more dangerous than her looks. All she wants to do is live life in the safety of the shadows and avoid discovery. But perhaps a short-term fling is exactly what she needs to remind her to live.

But what if Violet is right to push them together? Can Mia trust Connor enough to let him see the real person behind the facade she’s built? Or is Violet’s little scheme about to put both their lives in danger?