4 WAGs you need to know 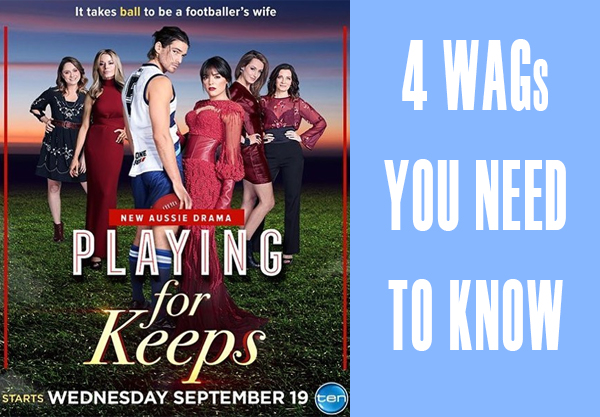 With Channel Ten’s newest drama Playing for Keeps currently burning up our television screens, we thought we’d check out some of our favourite WAGs.

It’s not a list of WAGs without the poshest of the lot. We love Queen Vic not only for the fact that she married one of England’s sexiest football players, but also because she holds her own. After the Spice Girls ran out of steam, she started a fashion label, showing there are brains behind the pout that made her famous. Add to the mix the fact that she’s a family woman and we’re all on her team. Go, Posh!

Tahlia might not be the most likeable character on Channel Ten’s hit new TV show, but she’s sure one we love to watch. She knows what she wants and isn’t afraid to go after it, something that can earn her enemies. One thing’s for sure—she’s got game, but she’s got heart, too, as her at times vulnerable relationship with Connor shows. 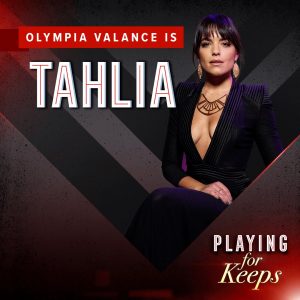 While she may have first rose to attention for her role as a WAG, Rebecca has proved to the world she’s so much more than that. The wife of former Aussie Rules player Chris Judd, she claimed her fame when she wore that sexy red Tarvydas dress to the Browlows—and then went on to score roles in television and radio. She’s smart, and has completed studies in speech and language pathology, as well as being a dedicated mum to the couple’s four kids. Sounds like a winner WAG to us.

We’ve read this upcoming romance novel in the Women of WAR (Women’s Aussie Rules) series, and Zoe is definitely going to win your heart. This WAG is a nurse, looking after sick children at a home near the major kid’s hospital—she doesn’t have time for Aussie Rules players with their big muscles and even bigger egos. But when Sawyer Benson makes her an offer she can’t refuse … well, let’s just say she proves that she can more than play with the big boys both on and off the field. 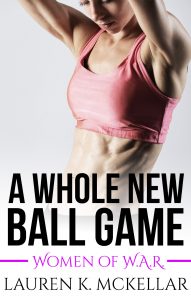 She thought she had her future sorted, but life has other plans…

Get the reference, get the job, get out of here: I know what I want. What I’ve always wanted. What I’ve been raised to want. The only thing standing between me and my dream overseas nursing job is a reference from my boss – and a very special little girl in the hospice care where I work who I just can’t say goodbye to yet.

The last thing I need is Sawyer Benson, the AFL legend and an arrogant smile, coming in to visit the kids at the hospice and interfering with my life.

I still know what I want. I can walk away from footy and go back to my original plan. Football and arrogant smiles can’t be my future.

To pre-order your copy or find out more info, click here.

Do you agree with our list? Tell us below in the comments.