We got four authors to give their thoughts on Love Actually 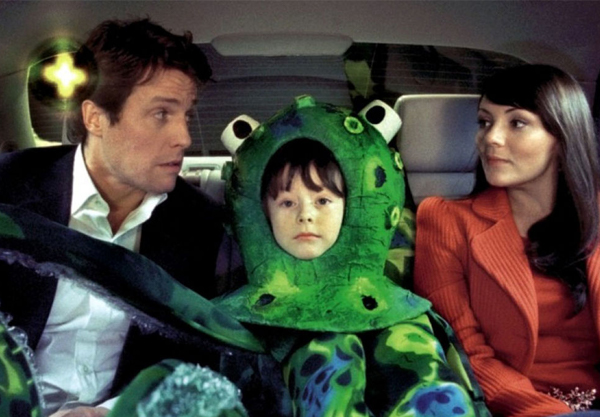 Love it or hate it, Love Actually is one of THE definitive Christmas movies of the past 20 years. As we head into the festive season we thought we’d blow the dust off this classic and review in in 2019. So, we asked our Rainbow Cove authors; Nora James, Shirley Wine, Susanne Bellamy & Renee Dahlia to give their thoughts on this movie; what they liked, what they didn’t like and whether it really is a Christmas classic.

Set in the month leading up to Christmas, this movie is actually a bunch of short stories about different types of love all stitched together into a semi-coherent overview. Most of the stories are told from a male point of view, which is a missed opportunity, and they cover off a bunch of different types of love – friendship, romance, unrequited, lost love/death, first love, betrayal, and fame. A ‘love is everywhere’ quote opens the movie, with lots of images of people at an airport hugging. It’s heart-warming, if a bit cheesy, and sets the scene for the thousands of characters in the movie.

It’s already the lead up to Christmas and the perfect time to snuggle up on the couch and watch one of our favourite Christmas movies, Love Actually.

I love Christmas stories, which is why I’ve just written one, His Christmas Feast, as part of the Rainbow Cove series. As far as Christmas movies go, I can’t think of one I like more than Love Actually! The characters are so charming, from Billy the politically incorrect old rockstar who realises that love is often closer to home than you think, to lovesick schoolboy Sam, at the other end of the spectrum, who discovers that it’s worth taking a risk to find love. It’s also the writer’s take on love and how he explores the very inconvenience of it that strikes a chord with me. Whether you fall for your boss, your assistant, someone who lives in another country or has thirty cats when you’re allergic to them, love is often inconvenient but it’s also worth it. Always.

With nine couples, there’s more than one high point. The best I can do is say that Mark’s declaration, without hope or agenda, made me melt, as did Jamie’s marriage proposal in Portugal.

When Karen discovers that her Christmas gift is a CD, not a gold necklace. For those of you who haven’t seen the movie, watch it and you’ll understand why.

Definitely between Sarah and Karl. I just wanted them to get their act together! And for all the fans, the absence of a full-length sequel is certainly a missed opportunity. Another Love Actually, please!

I love the variety of love stories in Love Actually – those where the reality of family commitments and faltering relationships sit side by side with romance and fantasy and whimsy. And I love the grand gestures, big and public or private and small.

I cry every time I watch the funeral of Sam’s mother, or see Karen (Emma Thompson) in tears in her bedroom while ‘it’s love’s illusions I recall’ plays beneath the scene. Harry is having an affair but Karen puts on a brave face because it’s her children’s Christmas pageant and lobsters rule.

My heart aches for her, and for Mark silently holding up signs proclaiming his love for his best friend’s wife; and for Sarah putting her institutionalised brother’s needs before her own.

I laugh at the naïve exuberance of Colin (Kris Marshall), sex-god, and the socially unaware crassness of Bill Nighy’s aging rockstar with the surprise Christmas hit, “Christmas is all around me”.

I am inspired by Daniel’s efforts to help his stepson, Sam, tell the young Johanna he loves her before she flies to America.

It’s the persistence of lovers, young and not-so-young, that inspires, and while I’m not a fan of the public declaration of love scene, I find myself cheering for Jamie as he struggles through a proposal of marriage to Aurelia in Portuguese, with her family and half the town looking on. The look in his eyes is the look of love and swoon-worthy. And David (Hugh Grant) knocking on every door in ‘the dodgy end of Wandsworth’ to find Natalie. And young Sam’s run through airport security thanks to Daniel’s determination to make his stepson happy again makes my heart light up.

You’ve got to love grand gestures. They show people’s vulnerabilities and their bravery, all in the name of love.

If you set aside the crazy short time period (five weeks till Christmas), the movie explores the struggles, the uncertainty, the high hopes and the broken dreams. It’s an emotional rollercoaster – and I love the ride! And this is why I watch this movie every year, and why I laugh and cry, time after time.

‘How about this movie?’ My partner put the preview for Love Actually on-screen and there were howls of protest.

I explained that I needed to watch it for work. ‘So now is good, yeah?’

‘No. We ban it from this house.’ Harsh judges from such a short preview! This meant that I had to watch the movie on the sly, in secret, while everyone else wasn’t there. Fortunately, my partner had a work dinner on a Friday night, so I sent the cheeky children to bed and sat down with a bourbon to watch Love Actually. Yes, I know, shouldn’t a romance author have watched the most quoted Christmas movie about love before now? *Coughs.* A missed opportunity that was about to be rectified!

The rockstar with the terrible Christmas song who mocks himself relentlessly, then realises he just wants to hang out with his best friend. The moment when the PM kisses Natalie at the end – just the right amount of Christmas cheesiness and ahhh. Finally a romance that might almost be a believable HEA.

OMG, there are so many. The writer who only types on paper and doesn’t make a copy, and they go swimming in a dam in the northern hemisphere in winter. The bizarre way the PM blames Natalie for getting harassed in his office, gets her reassigned, then reads a card, feels guilty that she blames herself for getting assaulted, and it’s all sorted now. The kiss almost makes the HEA believable – although much of the way I felt this character arc was marred by the sexual harassment and never seeing Natalie’s point of view. I want the heroine’s story with some agency from her. Being all in the PM’s point of view was a missed trick from the writers. Would it be written the same way now? I’d hope not. Love Actually was released in 2003, so maybe that’s a reflection of the world’s view on workplace sexual harassment fifteen years ago?

But probably the bit I hated the most about Love Actually was the longing. So much non-communication and lack of dialogue. The conflicts between characters tended to be dull because if they JUST talked about it, the conflict would be resolved. But no – let’s do British angst and awkward longing without daring to talk about our feelings. And what was with the creepy guy with the ‘pretend it’s carol singers’ sign? Dude – she’s already married, you’ve missed your shot, and you need to move on!

This movie was written post-9/11 – it even mentions it in the opening segment – yet the whole airport scene at the end makes no sense at all. This movie is set only two years after the 9/11 attacks. Airports around the world were still extra cautious around security, and yet a kid runs through security without much fuss or consequence.

For a romance reader, this movie makes no sense. Most of the short stories don’t have an HEA, and those that do don’t really make sense because of the lack of dialogue and the LONGING! Give me better conflicts, more actual romance, and less awkwardness.

I’d never seen this film before and needed to watch it twice to get the subtleties. The first time, to me, it was just a mish-mash of people with no coherent thread tying it all together – I just didn’t get it. The second viewing was much more satisfactory.

If 2020 has taught us anything, it’s that internet friends are real friends. Scratch that, we don’t need to learn…Read more