I was a big fan of horror growing up. I consumed all of the movies in the genre I could get my hands on. Evil Dead trilogy, Manic Cop, The Howling, The Blob, Hellraiser and so on. I couldn’t get enough.

This changed, after I experienced The Event. See, one day, I found a little Japanese movie called Ringu, about an avenging spirit and a videotape that causes anyone who watches it to die several days later. I thought, hey, I’ve never seen Japanese horror before, I might check this out. At the time, I was staying at my parents and being a Friday night, it was time to seriously chill out. Popcorn was made, lights dutifully turned off and I settled back, ready to enjoy something new.

Cue to an hour later and I was feeling something I couldn’t put my finger on. It was a queasy sensation, deep in my stomach. The soundtrack to the movie was odd, like a constant industrial white noise. The imagery stark and ponderous. Lots of pauses. Lots of staring. And then … as the movie revealed the ending … The Event happened. As that scary Japanese girl began to do her…thing…I screamed. I cannot express how freaking scary that moment was for me. My parents ran into my room, thinking something was horribly wrong. All I could do was shriek some more and point to the television, where a male actor was looking equally horrified. The horror! The FREAKING HORROR!

Years later, the US did a remake. Since I’d never really seen a real scary American movie, I managed to convince my friends it would be a hilarious night out. Turns out, I was wrong and my friends didn’t talk to me for three weeks after. I slept with the light on for a long time.

My books, Chaos Born and Chaos Bound, have some elements of scares, but nothing that will cause you to wet you pants or have an Event. Not with the main character, Lora Blackgoat to keep the squeamy-evils away with her trusty sword-cane. Sure, there’s a zombie dog. Maybe a couple of beheadings. But it’s all in good fun and that’s what it’s all about, right? 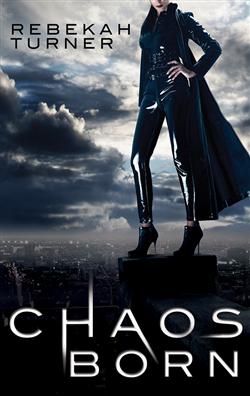 A fresh and exciting debut novel introducing the Chronicles from the Applecross.

Lora Blackgoat, smuggler and mercenary, has been lying low after a job gone bad made her a laughing stock in the industry. When a childhood friend turns to her for help, Lora leaps to restore her reputation and starts hunting a killer who is stalking the gas-lit streets.

She never expects that her path will lead her to the Order of Guides, a sadistic militant religious organisation – or to Roman, a deadly and dangerously attractive half-angel warrior who also hunts the killer. 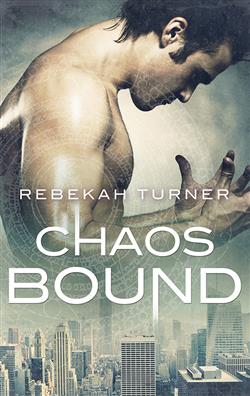 The long-awaited sequel to Chaos Born takes us back into the Applecross, where Lora faces increasing threats to her survival and her chance at love.

Lora Blackgoat — mercenary and smuggler — has only just recovered from the last threat on her life and hasn’t even begun to sort out the mess of having both a nephilim warrior and a reborn hellspawn as potential lovers. Work should be a refuge, but a job finding missing persons puts her in the crosshairs of a violent gang and a merchant with a taste for blood sport.

Reluctantly, Lora turns to the two men in her life for help. Roman — the nephilim — professes to be her soul mate and turns to her when he feels the darkness of nephilim madness descending. But though Lora is drawn to Roman, it is Seth, ex-lover and reborn hellspawn, who Lora must ultimately ask to protect those she loves. Can she trust Seth to save Roman and her adoptive family, or will this be a fatal mistake?

To win a copy of each of Rebekah’s books, simply comment below telling us what scary story (film, tv, book, or music) made you have an EVENT. Bonus extra points if you tell us in embarrassing detail about your reaction.

iDon’t forget to include your email address so we can contact you if you win!